by Office of Corporate Communications
January 6, 2016

The eagerly anticipated commemorative coin designs for 2016 were officially unveiled at two ceremonies in November.

Designs for the Mark Twain Commemorative Coin Program were unveiled at the Mark Twain Boyhood Home and Museum in Hannibal, Mo. Emblematic of Twain’s life and legacy, the striking designs will grace a $5 gold coin and a $1 silver coin.

The gold coin obverse (heads side) design features a portrait of Twain, while the reverse (tails side) depicts a steamboat on the Mississippi River.

The silver coin obverse design features a portrait of the author holding a pipe with the smoke forming a silhouette of Huck Finn and Jim on a raft in the background. The reverse design features an assortment of characters leaping to life from Twain’s works: The knight and horse from A Connecticut Yankee in King Arthur’s Court, the frog from The Celebrated Jumping Frog of Calaveras County, and Jim and Huck from The Adventures of Huckleberry Finn.

Legislation authorizing the Mark Twain Commemorative Coin Program calls for production of not more than 100,000 $5 gold coins and 350,000 $1 silver coins in proof and uncirculated qualities. Surcharges collected from coin sales—$35 for each gold coin and $10 for each silver coin—are authorized to be distributed to the Mark Twain House & Museum in Hartford, Conn.; the University of California, Berkeley; Elmira College in New York; and the Mark Twain Boyhood Home and Museum in Hannibal, Mo.

Designs for the second commemorative coin program of 2016, honoring the 100th anniversary of the National Park Service, were unveiled during a ceremony at the Department of the Interior. Treasurer of the United States Rosie Rios joined National Park Service (NPS) Director Jonathan B. Jarvis, and National Park Foundation (NPF) President and Chief Executive Officer Will Shafroth for the ceremony.

Treasurer Rios praised the designs that will grace $5 gold, $1 silver and half dollar clad coins. “I’m proud to say that together we’ve answered the call from Congress to create coin designs emblematic of the exemplary and unparalleled achievements of the National Park Service over the last 100 years,” she said. “The designs are beautiful, historical, and highly collectible.”

Legislation authorizing the NPS Commemorative Coin Program calls for production of not more than 100,000 $5 gold coins, 500,000 $1 silver coins and 750, 000 half dollar coins in proof and uncirculated qualities. Surcharges collected from coin sales—$35 for each $5 gold coin, $10 for each $1 silver coin, and $5 for each half dollar clad coin–are authorized to be paid to the NPF. The funds are to be used for projects that help preserve and protect resources under the stewardship of the NPS and promote public enjoyment and appreciation of these resources.

In his remarks, Shafroth shared his thoughts on the benefits of the coin program to his organization. “When fully realized, the potential impact derived from the commemorative coin sales will be tremendous,” Shafroth said. “The funds will improve trails, introduce more young people to the parks, and connect our citizens to the history and culture of our nation.”

Keep track of when these products become available with our 2016 product schedule. 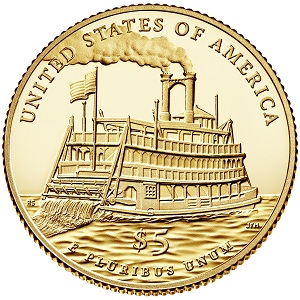 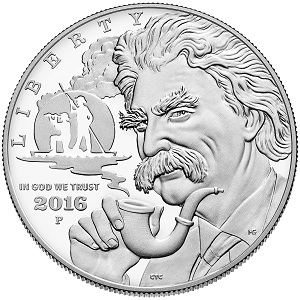 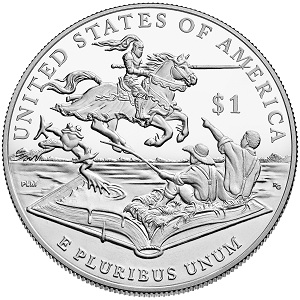 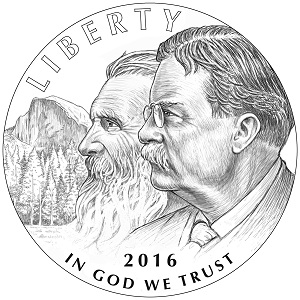 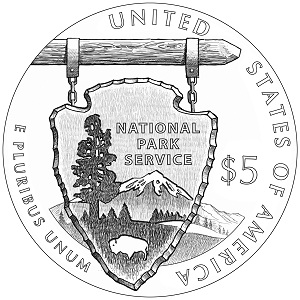 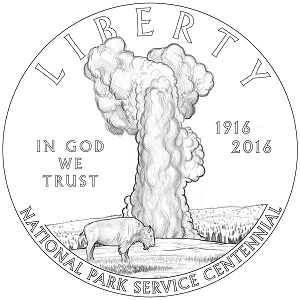 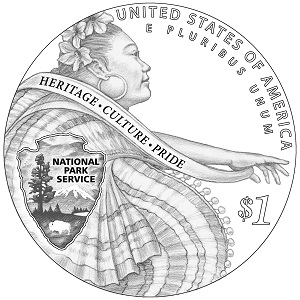 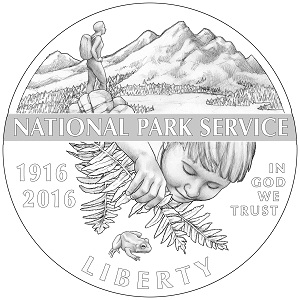 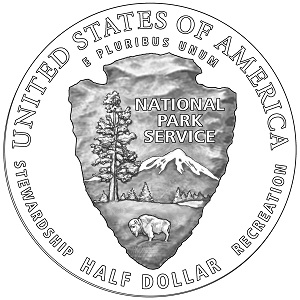