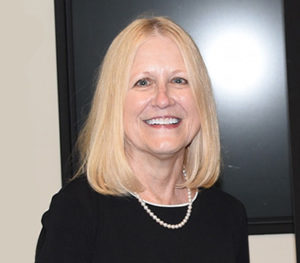 On August 20, 2018, the Mint recognized the 37-year career of a legal legacy within its ranks by celebrating the retirement of its Chief Counsel, Jean Gentry. Gentry’s career saw the implementation of new circulating coinage and numismatic products, as well as the passage of significant legislation governing Mint operations. As she rides into the sunset, Gentry’s work is still being realized—the dawn of a new program is visible on the horizon.

Think back to the early 1980s. The U.S. Mint began issuing commemorative coins for the first time in 30 years. With the exception of the Bicentennial quarter-dollar, half-dollar and dollar coins, and the introduction of the Susan B. Anthony $1 coin, in the mid-to-late-1970s, designs on U.S. circulating coinage had remain unchanged for decades. Things would soon change.

In walks Jean Gentry: a young attorney advisor, just beginning her legal career in 1981. It was an exciting time to work for the Mint, especially as an attorney. One of Gentry’s initial undertakings was reviewing legislation for the United States’ 1986 offering of gold and silver bullion coins. Not only did the resulting program answer the demand for bullion, it captured the world’s market.

In 1992, Gentry was promoted to the position of deputy chief counsel. She was the first female appointed to this position. Not only was she breaking down gender barriers, but shortly thereafter, through legislation, Gentry was breaking tradition with appropriations and helping to change the face of circulating coinage.

One of Gentry’s proudest accomplishments came while serving as deputy chief counsel. In the mid-1990s, Gentry was part of a team who was working with the U.S. Department of the Treasury to draft legislation for the Public Enterprise Fund (31 U.S.C. § 5136). Prior to its implementation, the Mint was relying on appropriations and revolving funds for its budget needs. As a result, the Mint is able to operate without an appropriation. According the Gentry, “It gave us bragging rights to say we work at an agency that is self-funded.”

For Gentry, the 50 State Quarters Program was the most fun because of the team she worked with and the challenges they faced and overcame. In order to get the program started, Gentry and her colleagues had to work through numerous legal and policy issues–many of which are held as precedent today–in addition to developing a design/evaluation/selection process (still followed today). The Mint, through Gentry’s team of colleagues, preserved the integrity of the process. As a result, the Mint successfully demonstrated its first multi-year circulating coin program with rotating designs. This Mint-wide collaboration became a new way of doing business.

With any job, there comes memorable moments. For Jean Gentry, that was when she met His Holiness the Dalai Lama in 2007 when he received the Congressional Gold Medal. Not only did she receive his thanks, but she and members of the Mint team also received his blessing.

Seven years later, Gentry was named acting chief counsel, and then in 2015, she earned the position as chief counsel. She is the first female at the United States Mint to hold either position.

In this position, Gentry worked her final coin program with the U.S. Mint, the American Innovation $1 Coin Program™. She’s excited to see it launch and take flight.

Ironically, around the time the coins are released will be shortly after Gentry’s departure. While she has no immediate plans, Gentry is taking her time and remaining open to the next adventure on the horizon. Said Gentry, “If you work at the United States Mint, you are really lucky…I have gotten to know people from all parts of the organization…amazing people…it’s an honor to work with them.”