A crowd of 750 gathered for the festive event that included folk music entertainment by David Holt and the Lightning Bolts. David Holt, who also served as the Master of Ceremonies of the event, is a Grammy Award-winning musician and TV host.

Girl Scouts from the Carolinas Peaks to Piedmont Council presented the colors. Two of the Lightning Bolt band members did an a capella version of the National Anthem.

Representing North Carolina’s Governor at the event was Lt. Governor Dan Forest, who read and presented the “Quarter Day in the Classroom” proclamation. Field representative Robin Ramsey from Senator Richard Burr’s office was also present to read a letter from the Senator.

Blue Ridge Parkway Superintendent Mark Woods spoke about how pleased they were to have the parkway represented on the North Carolina coin. The parkway is the largest linear park in the United States covering two states and connecting to the Shenandoah National Park in Virginia and the Great Smoky Mountains Park in Tennessee.

David Croft, Associate Director of Manufacturing, presented both Lt. Governor Dan Forest and Blue Ridge Parkway Superintendent Mark Woods with a shadowbox containing two first day of production quarters, one from Philadelphia and one from Denver, along with an special engraved plate.

Lt. Governor Forest and Superintendent Woods also participated in the ceremonial coin pour. The vessel chosen by the park was an antique surveyor’s box, an artifact from the park’s museum collection.

After the event, children 18 and under received their shiny new quarters. A line of over 350 wrapped around the park to get their new Blue Ridge Park quarters from Asheville Savings Bank. The Lightning Bolts continued to entertain the crowd during the coin exchange. The bank exchanged $24,000 in quarters.

Park partners set up tables and entertained the children, providing many fun facts and educational materials to the public. 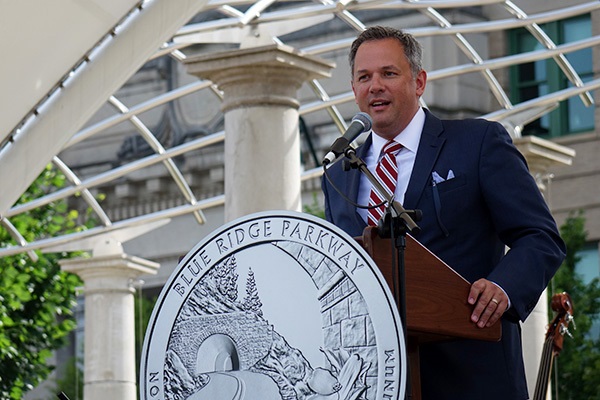 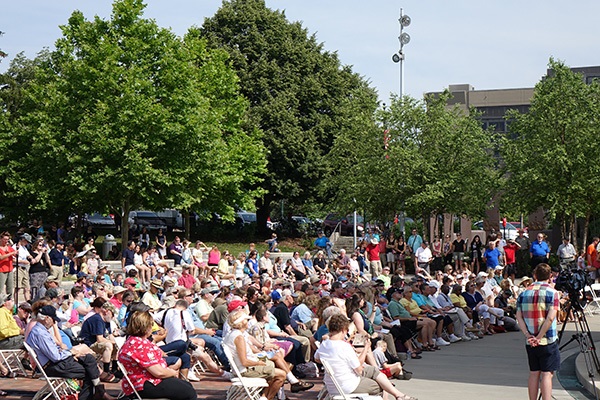 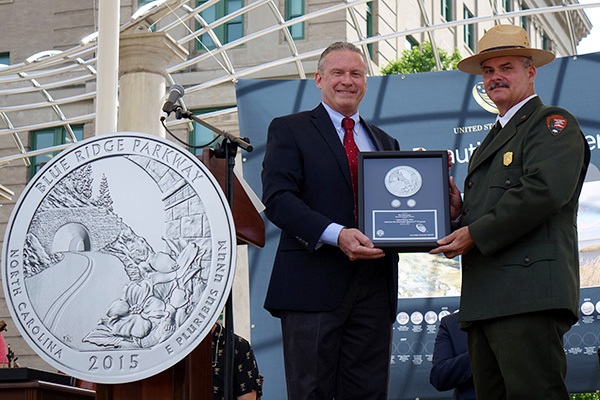 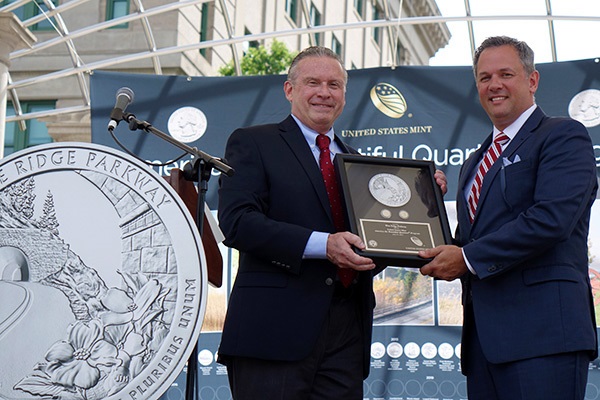 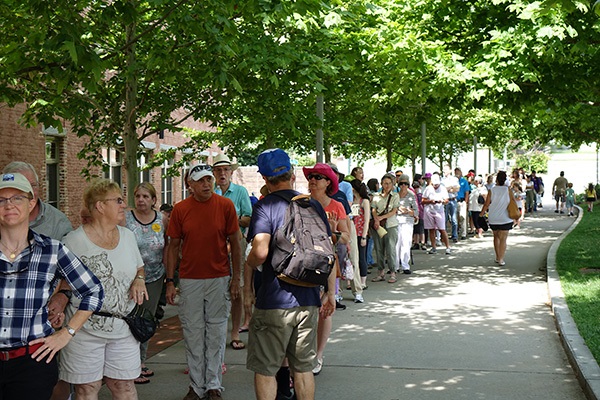 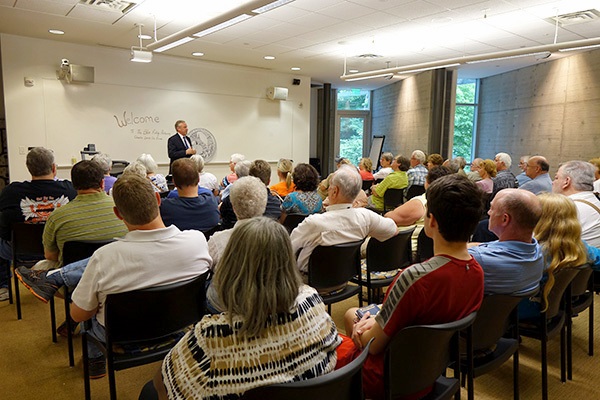 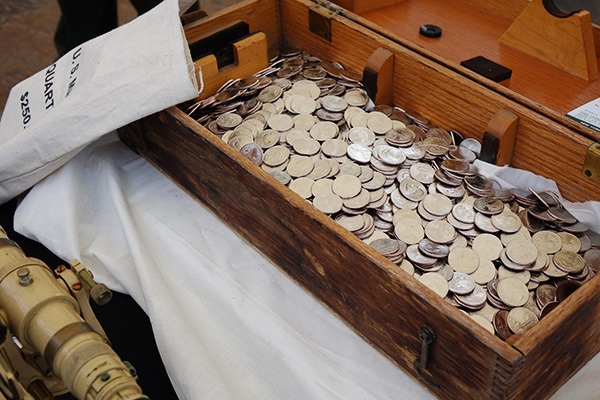 To see additional photos from the event, check out our Facebook photo album.