The Homestead National Monument of America quarter, the 26th coin in the America the Beautiful Quarters® Program, made its official debut at Beatrice High School (BHS) in Beatrice, Neb., on Feb. 10, 2015. More than 2,500 people packed the gymnasium, including 1,800 school children. Among the students present was the Leadership Class from BHS who were actively involved in the planning and preparation for the event, including construction of a cabin wall as a backdrop and a life-sized water pump used to “pump” the new Homestead quarters into circulation.

Guests arriving at the event were treated to a live demonstration of ice sculpting by a local artist who created a replica of the Homestead quarter reverse for this special occasion.

A student from the Leadership Class, Dylan George, served as the Master of Ceremonies alongside the Mayor of Beatrice Stan Wirth. The Gage County Composite Squadron of the Civil Air Patrol presented the colors, the Beatrice High School Chamber Choir sang the National Anthem, and Mike Wolfe, Pipe Carrier for the Omaha Tribe of Nebraska, conducted an American Indian blessing.

The ceremony included local entertainment, including the Beatrice High School Chamber Choir, Band, and the Big Red Singers from the University of Nebraska. A short video about Homestead and the making of the Homestead quarter was also shown to the crowd.

The quarter’s reverse design represents the three fundamentals of survival common to all homesteaders: food, shelter, and water.

“Without successfully procuring these three elements, settlers could not survive the five years they were required to live on and work the land before it became theirs,” said David Croft. “This new quarter stands now as a tribute to the strength and the tenacity of the settlers who braved harsh conditions to build the American West.”

Residents of Beatrice and the surrounding area who attended the event were among the first in the nation to get newly minted Homestead National Monument of America quarters during the coin exchange that followed the ceremony. First National Bank of Omaha exchanged $25,000 at the event.

The residents of Nebraska were so excited to launch their quarter that the celebration continued long after the Mint finished its event. The Homestead National Monument of America hosted an open house at their education center later that afternoon where First National Bank of Omaha exchanged an additional $20,000 in Homestead quarters. And as the official bank of the Huskers, the bank also gave out 2,500 Homestead quarters at the University of Nebraska basketball game that night.

The evening before the launch, the U.S. Mint hosted a coin forum at the Homestead National Monument education center. A record attendance of about 120 people heard David Croft speak about U.S. Mint programs and answer questions from the audience. Guests were treated to cookies iced with the Homestead quarter reverse design and musical entertainment, compliments of the Friends of Homestead Association.

To see additional photos from the event, check out the Mint’s Facebook page. 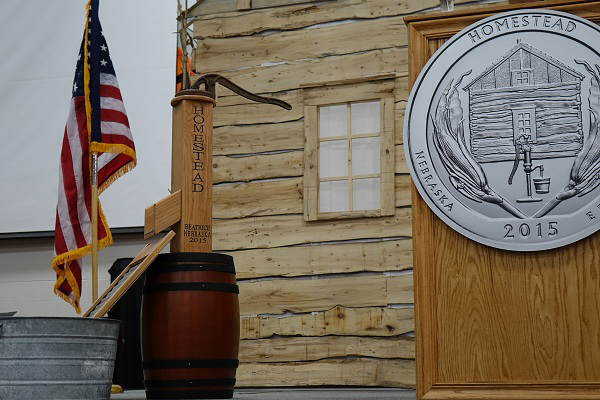 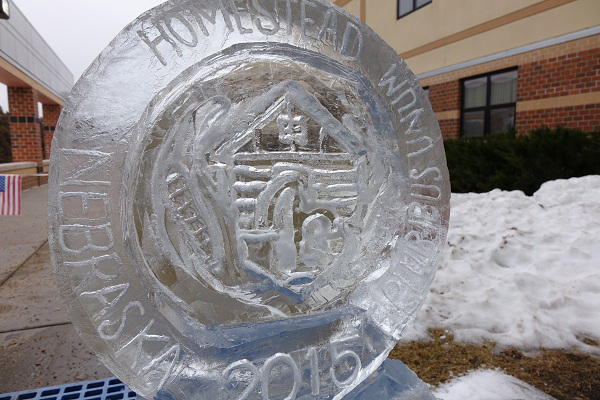 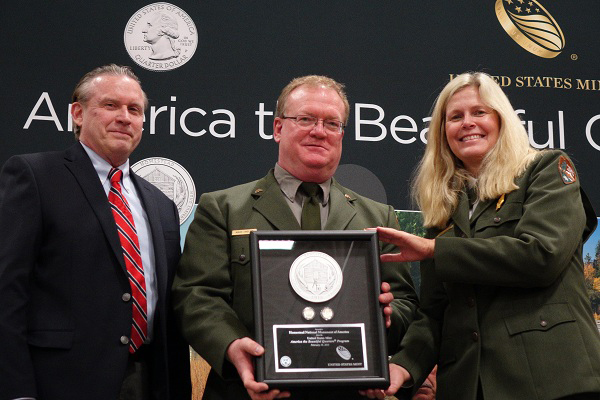