The morning of April 2, 1792, seemed like an otherwise normal Monday in Philadelphia, the largest city in the new nation and its new capital. But a long national debate was about to end on that spring day. The founding fathers, Alexander Hamilton, Thomas Jefferson, George Washington, Benjamin Franklin, and Robert Morris had been debating a new monetary system for the new nation for nearly a decade.

Each of them understood the need for America to develop its own money in order for the nation to survive and grow. It would reflect America’s sovereignty, independence and strength. But what should our money look like? Who should make it? What should it be based on? Their discussions culminated on that day, 230 years ago, when Congress enacted the Coinage Act of April 2, 1792 which established the United States Mint, its coinage, and procedures.

Not long afterward, the first Mint was constructed under the direction of David Rittenhouse, only 100 yards from the current Philadelphia Mint building. Making coins in early Philadelphia was a laborious task. Coins were struck by hand on large screw presses. Mint employees worked by the light of whale oil lamps, working over 12 hours and earning $1 in wages per day.

Since that day, 230 years ago, coins have been continuously made in Philadelphia. And as the nation grew, so did the demand for coins. The Philadelphia Mint relocated buildings three times. The fourth facility, the largest and safest Mint in the world, opened on Independence Mall on August 14, 1969.

Many things have changed over those 23 decades, especially the Mint’s technology, equipment, and safety standards. It took minters at the first Mint nearly three years to produce our nation’s first one million coins. Today, the Philadelphia Mint can produce one million coins in 30 minutes.

To celebrate the Mint’s anniversary, the Philadelphia Mint exhibits department introduced a new display highlighting the Mint’s 230 years in Philadelphia. The exhibit included some of the tools and artifacts used by generations of minters to produce coins.

On April 6, employees had the opportunity to interact with the objects and learn more about early coin production. Some of the objects they saw included: 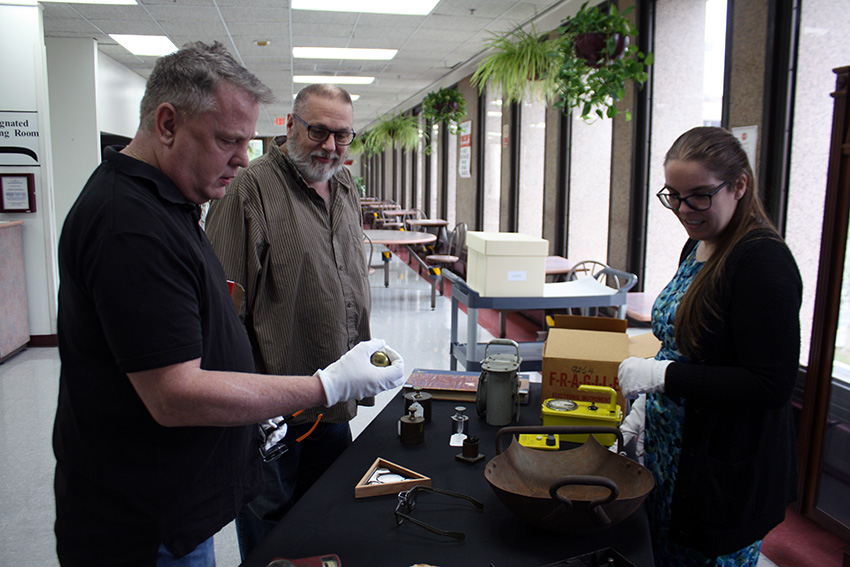 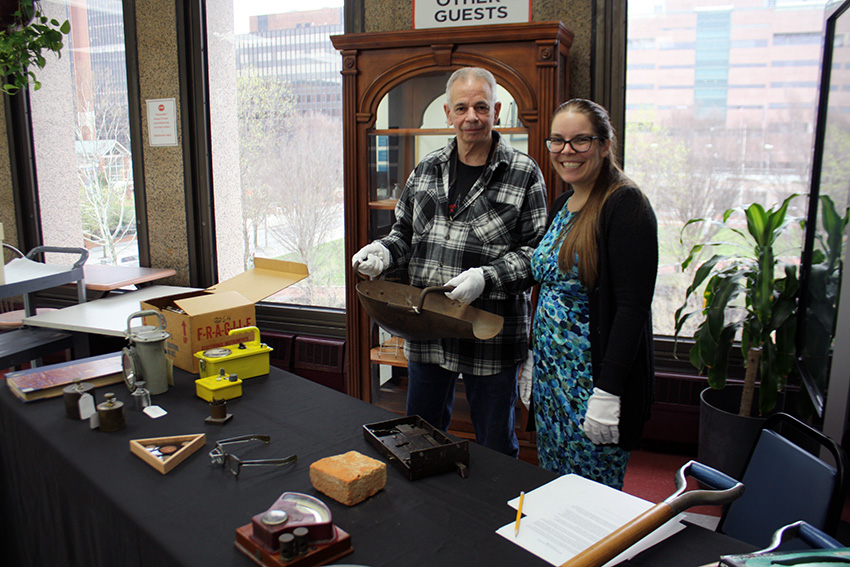 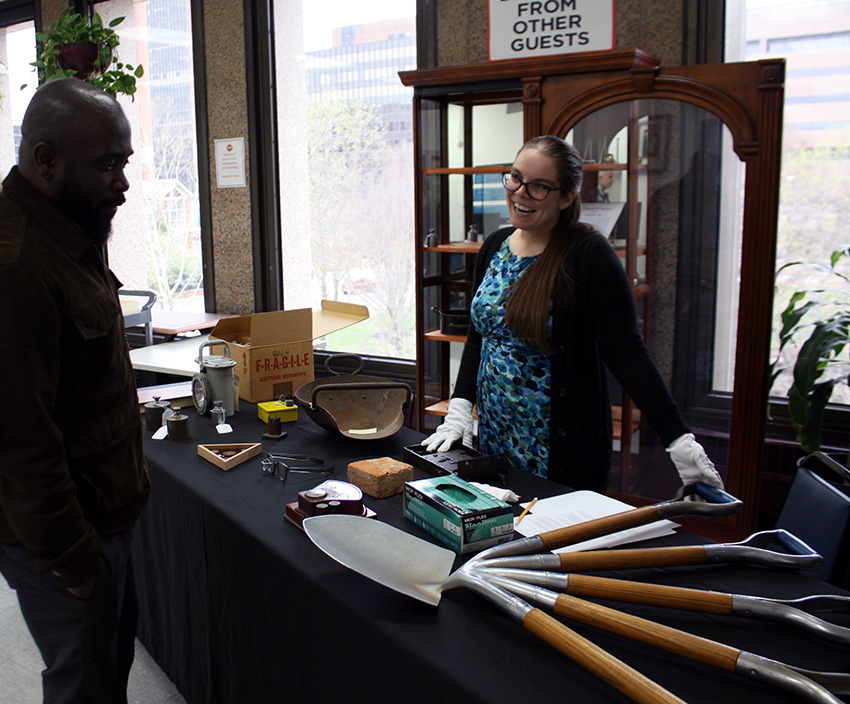 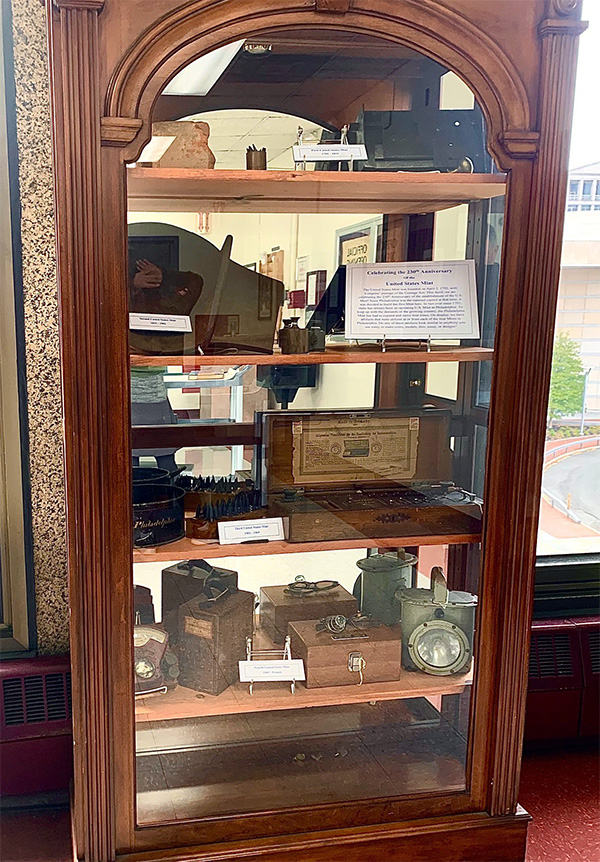