The United States Mint is proud to offer the 2014 Platinum Proof American Eagle coin. Struck at our West Point facility, this is the sixth and final design in the Preamble Series.

In 2009, the United States Mint introduced a six-year platinum coin program. This series has explored the core concepts of American democracy by highlighting the preamble of the U. S. Constitution. It has examined the six principles found in the preamble beginning with “To Form a More Perfect Union” in 2009, followed by “To Establish Justice” in 2010, “To Insure Domestic Tranquility” in 2011, “To Provide for the Common Defence” in 2012, “To Promote the General Welfare” in 2013, and “To Secure the Blessings of Liberty to Ourselves and our Posterity” in 2014. The themes for the reverse designs for this program were inspired by narratives prepared by the Chief Justice of the United States at the request of the United States Mint.

Since its debut in 1997, the obverse of our American Eagle Platinum Proof Coin has featured Lady Liberty, a symbol of vigilance and resolute faithfulness to duty. The image of Lady Liberty that has graced the obverse of all the coins in this six-year series was designed and sculpted by former United States Mint Sculptor-Engraver John Mercanti.

This year, the reverse design features the principle, “To secure the Blessings of Liberty to Ourselves and our Posterity”. Designed by United States Mint Artistic Infusion Program Master Designer Susan Gamble and sculpted by United States Mint Sculptor–Engraver Joseph Menna, we can see a young lady Liberty carrying her torch, symbolizing the hope and promise of America.

The one-ounce coin, with a $100 face value, is 1.287 inches in diameter and weighs 1.0005 troy ounces. West Point employees are extremely proud of their contribution to the production of this beautiful coin, manufactured to the highest quality standards of the United States Mint.

You can learn more about the 2014 American Eagle Proof Platinum Coin by visiting our catalog. 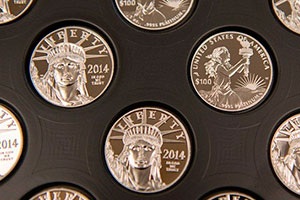 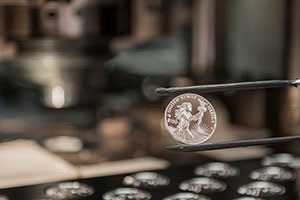 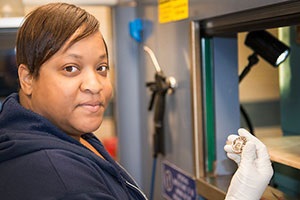 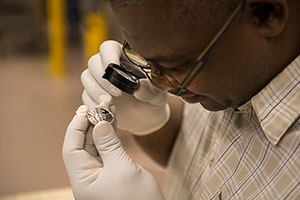 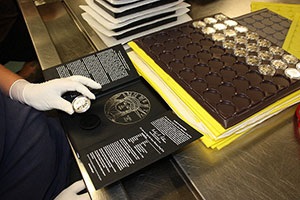