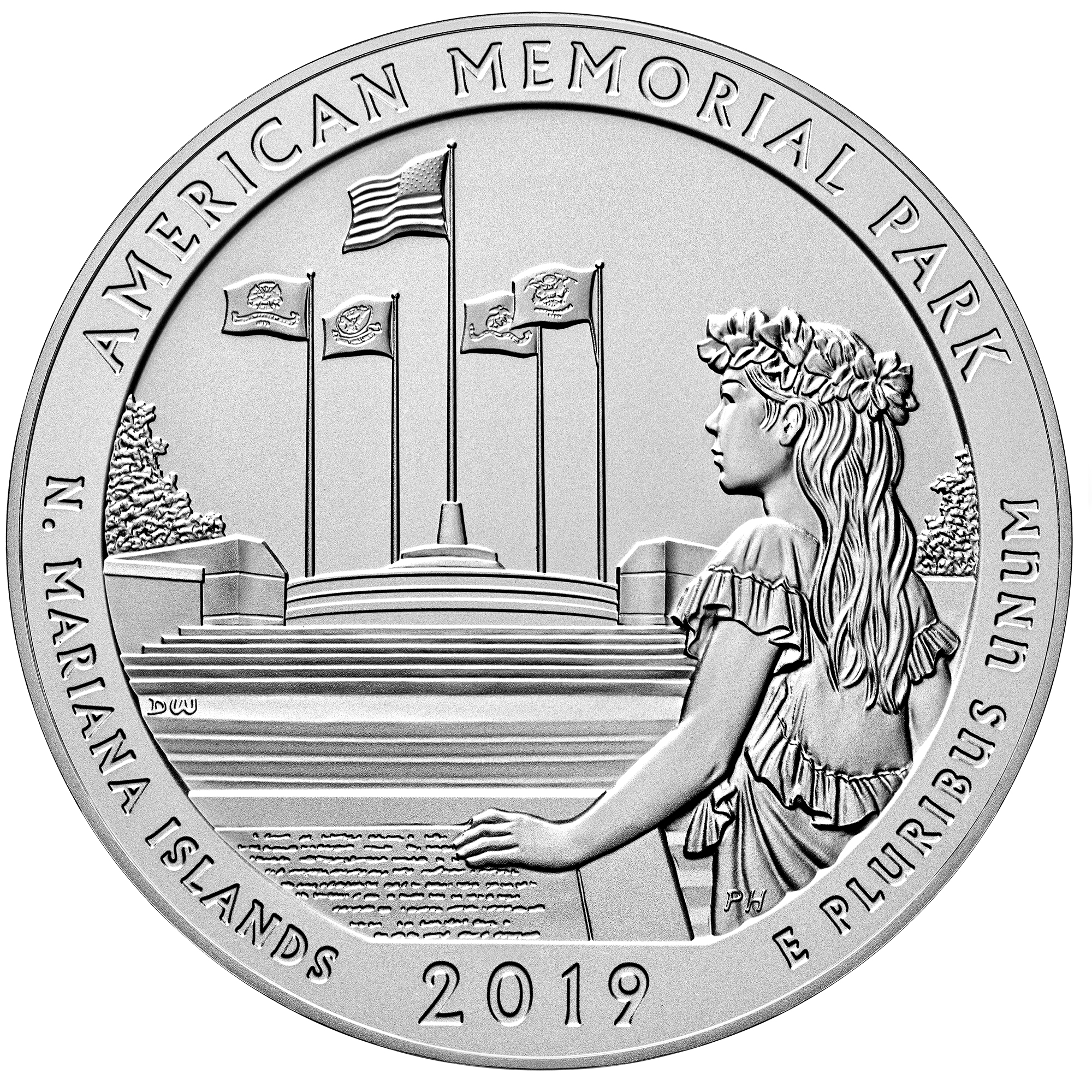 WASHINGTON – The United States Mint (Mint) will begin accepting orders for the 2019 America the Beautiful Five Ounce Silver Uncirculated Coin honoring American Memorial Park in the Commonwealth of the Northern Mariana Islands (product code 19AK) on April 4 at noon EDT. The coin is priced at $154.95.

The reverse (tails) of the American Memorial Park five ounce coin depicts a young woman in traditional attire at the front of the Flag Circle and Court of Honor. She is resting her hand on the plaque whose text honors the sacrifice of those who died in the Marianas Campaign of World War II. Inscriptions are “AMERICAN MEMORIAL PARK,” “N. MARIANA ISLANDS,” “2019,” and “E PLURIBUS UNUM.” The obverse (heads) features a 1932 restored portrait of George Washington.

A presentation case holds each encapsulated coin, which comes with a Certificate of Authenticity.

The Mint accepts orders at catalog.usmint.gov and at 1-800-USA-MINT (872-6468). Hearing- and speech-impaired customers with TTY equipment may order by calling 1-888-321-MINT (6468). Information on shipping options is available at catalog.usmint.gov/customer-service/shipping.html.

The America the Beautiful Five Ounce Silver Uncirculated Coins™ are also available for purchase through the Mint’s Product Enrollment Program. To learn more, visit us online at catalog.usmint.gov/shop/product-enrollments/ for details.