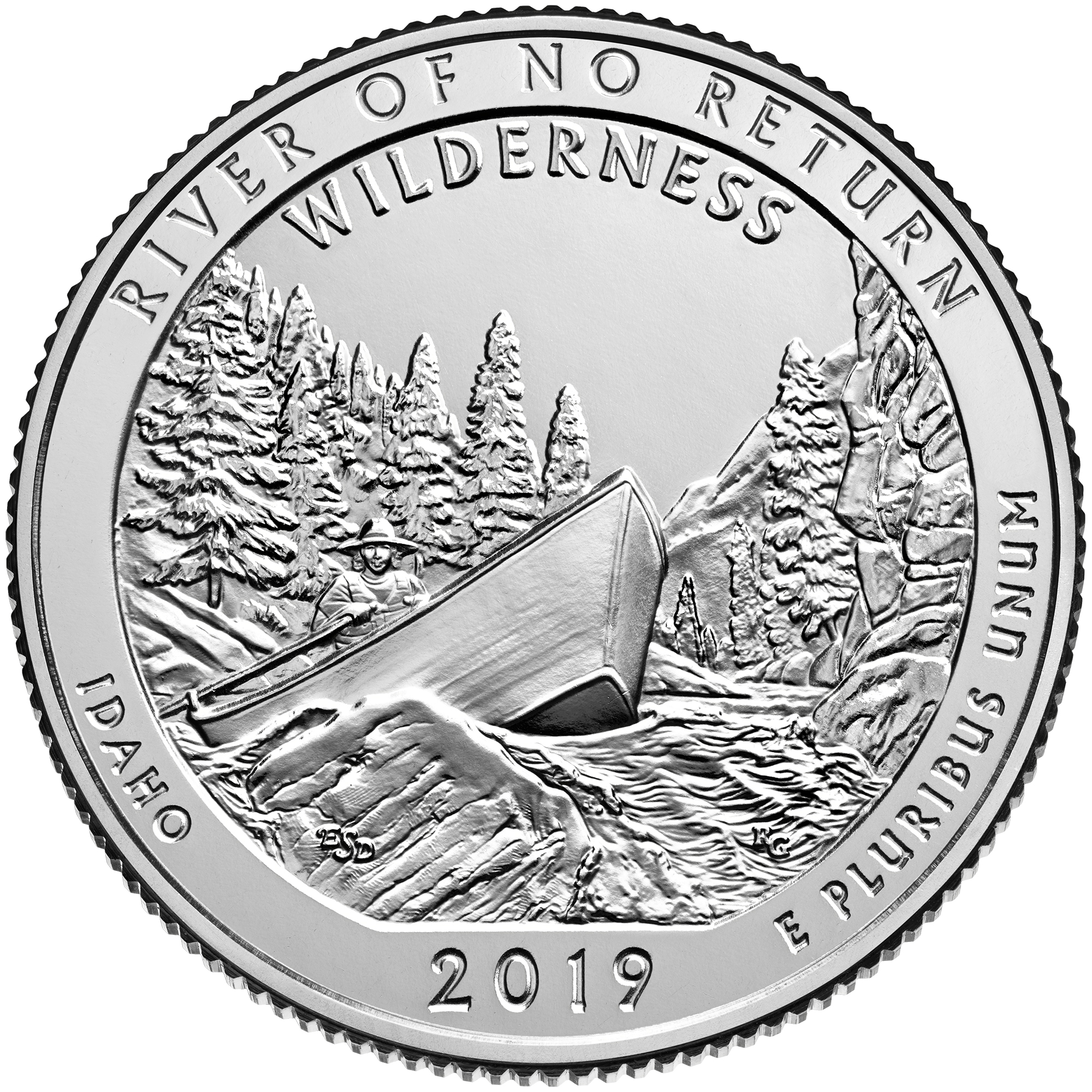 SALMON, IDAHO – The United States Mint (Mint) today officially launched the America the Beautiful Quarters® Program coin honoring Frank Church River of No Return Wilderness in Idaho. This is the fifth and final quarter of 2019, and the 50th coin overall in the program.

Frank Church River of No Return Wilderness comprises rugged mountains, deep canyons, and wild whitewater rivers, including the Main Salmon River and Middle Fork of the Salmon River. The reverse (tails) design of the quarter representing this site depicts a piloted drift boat on a rushing river encompassed by the trees and rock formations of the wilderness.

During the ceremony, Mint Director David J. Ryder expressed his sentiments about the new quarter, saying it “serves as a reminder of the essence of the Wilderness—more than two million acres of prehistoric mountains, fertile conifers and commanding rivers but flourishing with stories of heritage and wonder.”

The Mint released collectible rolls and bags containing Frank Church River of No Return Wilderness quarters on November 4. These products are available for purchase through the Mint’s online catalog at catalog.usmint.gov/coin-programs/america-the-beautiful-quarters-program/ or by calling 1-800-USA-MINT (872-6468).