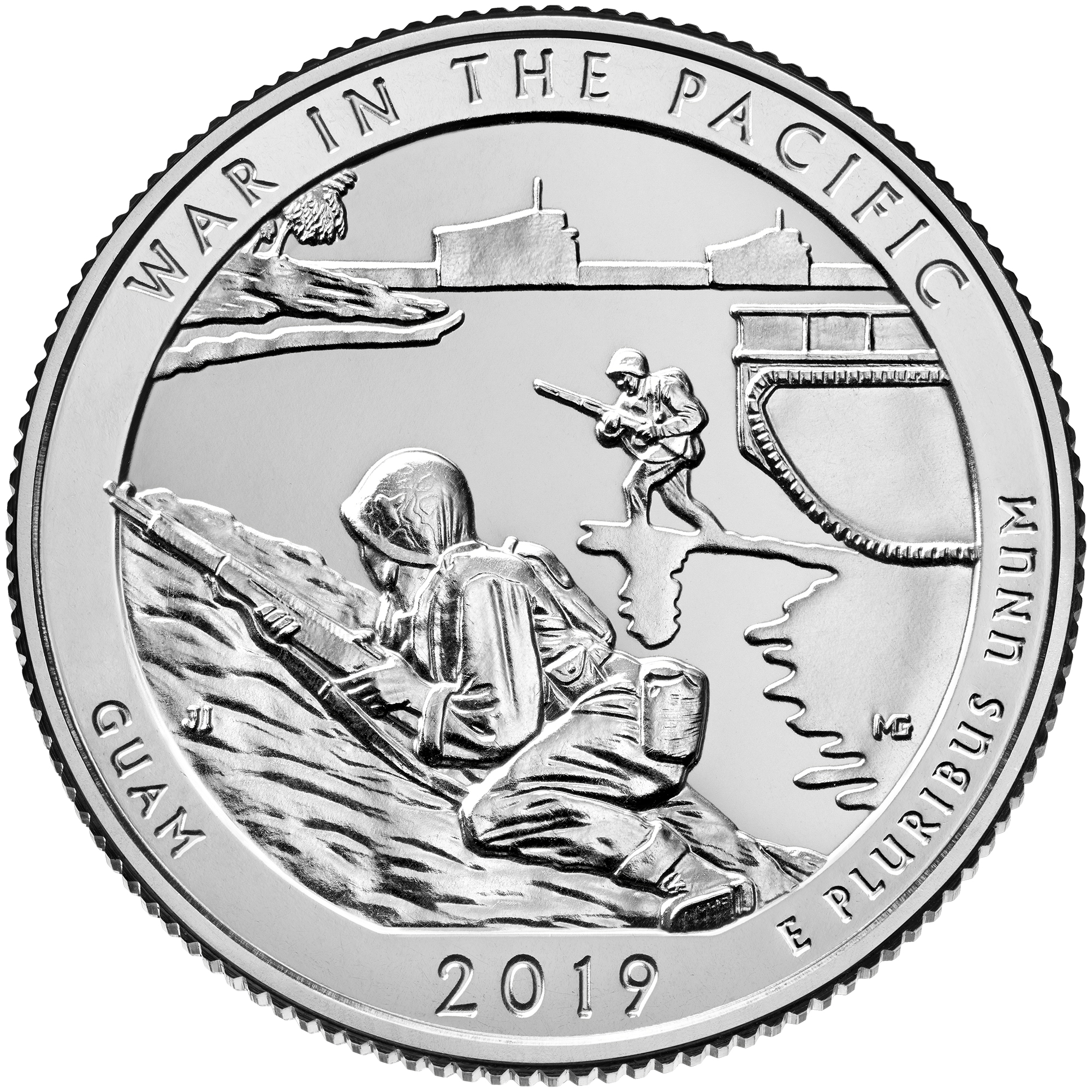 War in the Pacific National Historical Park was established to commemorate the bravery, courage, and sacrifice of those who participated in the Pacific Theater campaigns during World War II. The reverse (tails) design honoring the site depicts American forces coming ashore at Asan Bay, strengthening the number of troops on the island in the fight for Guam and its eventual liberation. Inscriptions are “WAR IN THE PACIFIC,” “GUAM,” “2019,” and “E PLURIBUS UNUM.”

Asan Bay Overlook is perhaps the most iconic memorial in the park. The Memorial Wall lists the military personnel and local residents who died or suffered atrocities during the Japanese occupation. In his remarks, Director Ryder noted, “The American liberation of Guam hastened the end of the war, but came at a price of thousands of casualties. May this quarter stand as a tribute to the memories this park preserves.”

The Mint will release products featuring the War in the Pacific National Historical Park quarter design on June 3 at noon EDT. Orders will be accepted at the Mint’s online catalog at https://catalog.usmint.gov/coin-programs/america-the-beautiful-quarters-program/ and at 1-800-USA-MINT (872-6468).

The War in the Pacific National Historical Park quarter is the 48th release in the United States Mint America the Beautiful Quarters Program. The program is authorized by Public Law 110-456 and is a 12-year initiative to honor 56 national parks and other national sites. Each year for the duration of the program, the public will see five additional national sites depicted on the reverses of the America the Beautiful Quarters coins. The final coin will be issued at the end of the program in 2021. The Mint issues these quarters in the order in which the honored sites were first established as national sites.