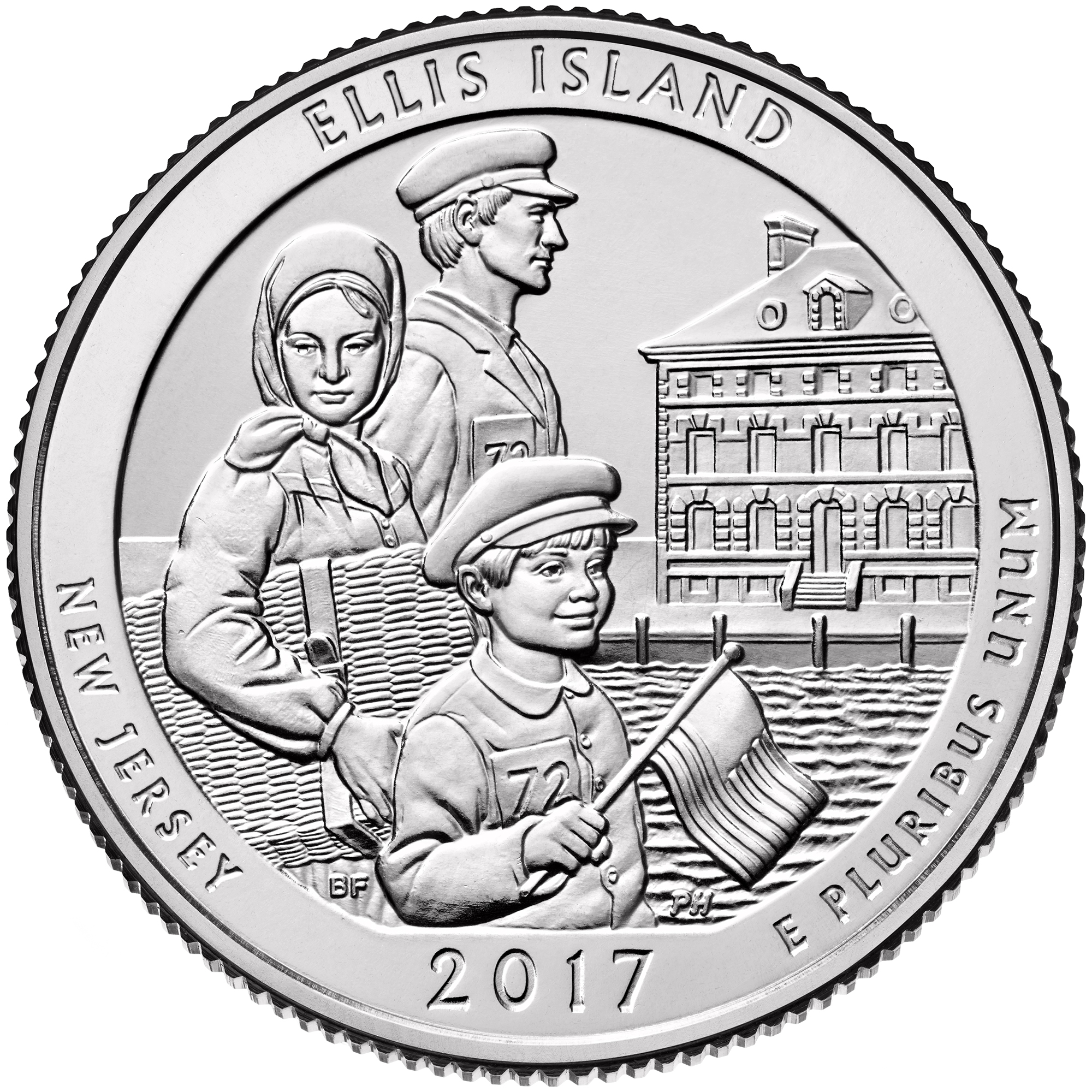 The coin’s reverse (tails) design depicts an immigrant family approaching Ellis Island with a mixture of hope and uncertainty. The hospital building can be seen in the background. Inscriptions are “ELLIS ISLAND,” “NEW JERSEY,” “2017,” and “E PLURIBUS UNUM.” The reverse was designed by Barbara Fox, Artistic Infusion Program designer, and engraved by Phebe Hemphill, United States Mint Sculptor-Engraver. The obverse (heads) design features the 1932 portrait of George Washington by John Flanagan.

Coins in the rolls and bags are struck on the main production floors at the Philadelphia, Denver, and San Francisco Mint facilities. The three-roll set contains coins from all three facilities. Unlike the “P” and “D” mint mark quarters, those with the “S” mint mark will not be released into circulation.

Orders will be accepted online at https://catalog.usmint.gov/ and at 1-800-USA-MINT (872-6468). Hearing- and speech-impaired customers with TTY equipment may order by calling 1-888-321-MINT (6468). Information on shipping options is available here.

About the United States Mint
The United States Mint was created by Congress in 1792 and became part of the Department of the Treasury in 1873. It is the Nation’s sole manufacturer of legal tender coinage and is responsible for producing circulating coinage for the Nation to conduct its trade and commerce. The Mint also produces numismatic products, including proof, uncirculated, and commemorative coins; Congressional Gold Medals; and silver, gold and platinum bullion coins. Its numismatic programs are self-sustaining and operate at no cost to taxpayers. The Mint is celebrating its 225th anniversary this year (#USMint225).