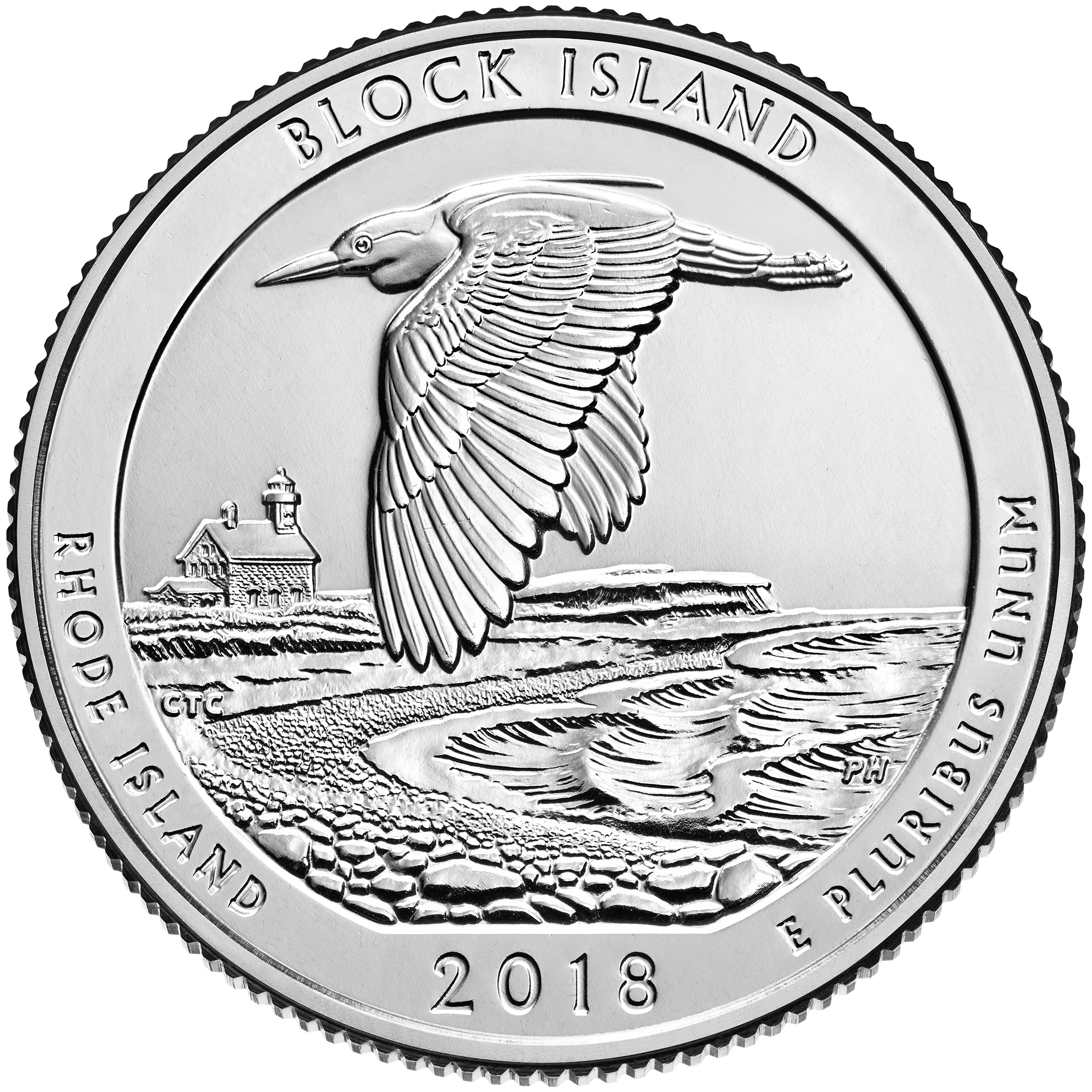 WASHINGTON – The United States Mint (Mint) will offer bags and rolls of quarters honoring Block Island National Wildlife Refuge in Rhode Island starting on November 13 at noon Eastern Time (ET). This coin is the fifth and final release of 2018 in the America the Beautiful Quarters® Program.

The Block Island National Wildlife Refuge quarter reverse (tails) design depicts a black-crowned night-heron flying above a view from the beach at Cow Cove that looks towards Sandy Point. The North Lighthouse is seen in the background. The inscriptions are “BLOCK ISLAND,” “RHODE ISLAND,” “2018,” and “E PLURIBUS UNUM.” The obverse (heads) features the 1932 portrait of George Washington by John Flanagan and the inscriptions “UNITED STATES OF AMERICA,” “LIBERTY,” “IN GOD WE TRUST,” and “QUARTER DOLLAR.”

The Mint produces the coins in the rolls and bags at three of its six facilities: Philadelphia, Denver, and San Francisco. The three-roll set contains coins from all three facilities. Unlike the “P” and “D” mint mark quarters, those with the “S” mint mark will not be released into circulation.

The special numismatic wrapping for the coin rolls displays the name “Block Island National Wildlife Refuge;” the abbreviation “RI” for Rhode Island; “$10,” the face value of its contents; and “P,” “D,” or “S” for the mint of origin. The canvas bags have a tag with “Block Island National Wildlife Refuge,” “RI,” and “P,” “D,” or “S.”