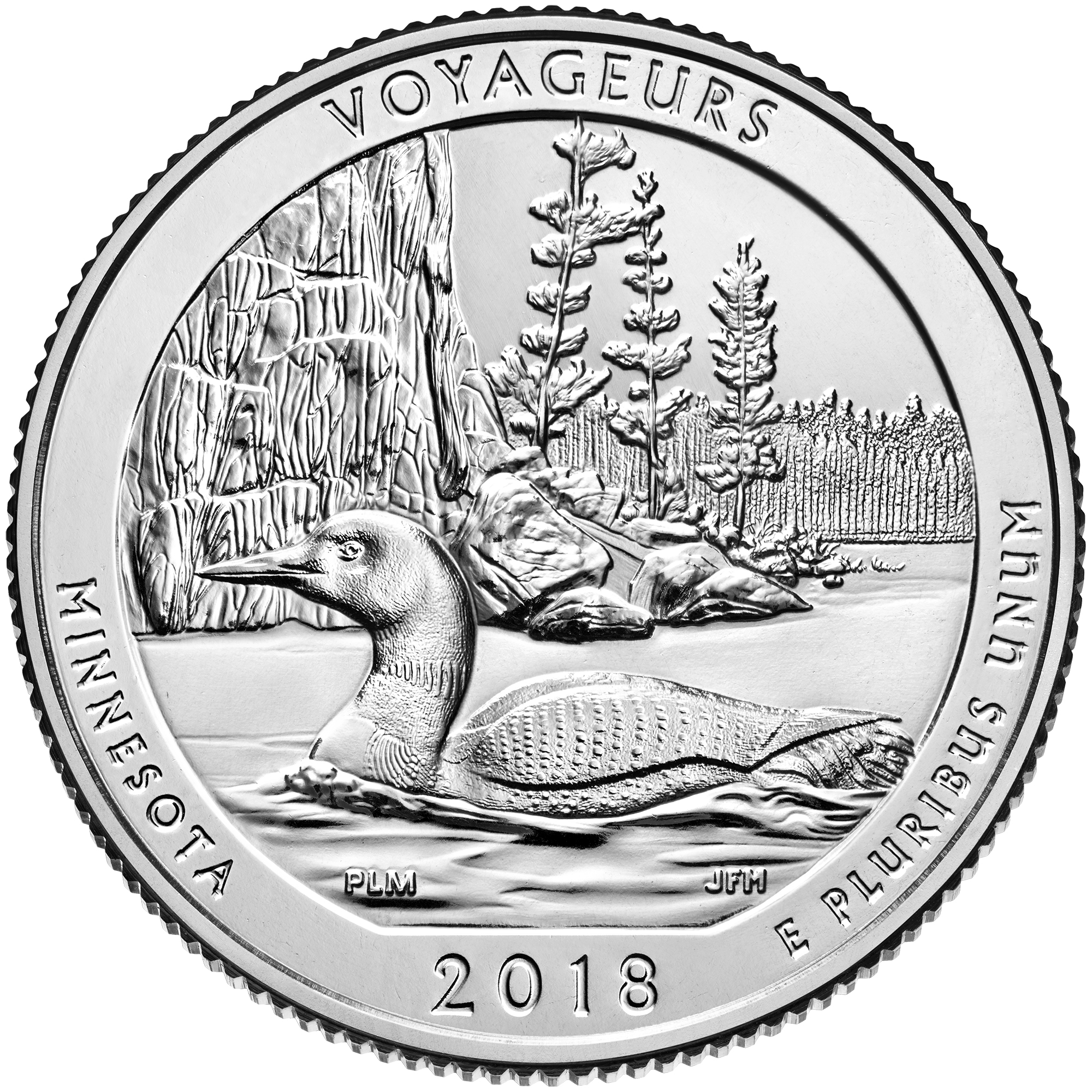 The United States Mint and the National Park Service will hold a launch ceremony for the America the Beautiful Quarters® Program coin honoring Voyageurs National Park in Minnesota.

COIN FORUM
The United States Mint will host a coin forum the evening before the launch ceremony—Wednesday, June 13, 2018, 5–6 p.m. CDT—at Kabetogama Lake Town Hall, 9707 Gamma Road, Kabetogama, MN. The coin forum is an opportunity for the public to learn about upcoming United States Mint coin programs and initiatives, and express their views about future coinage.