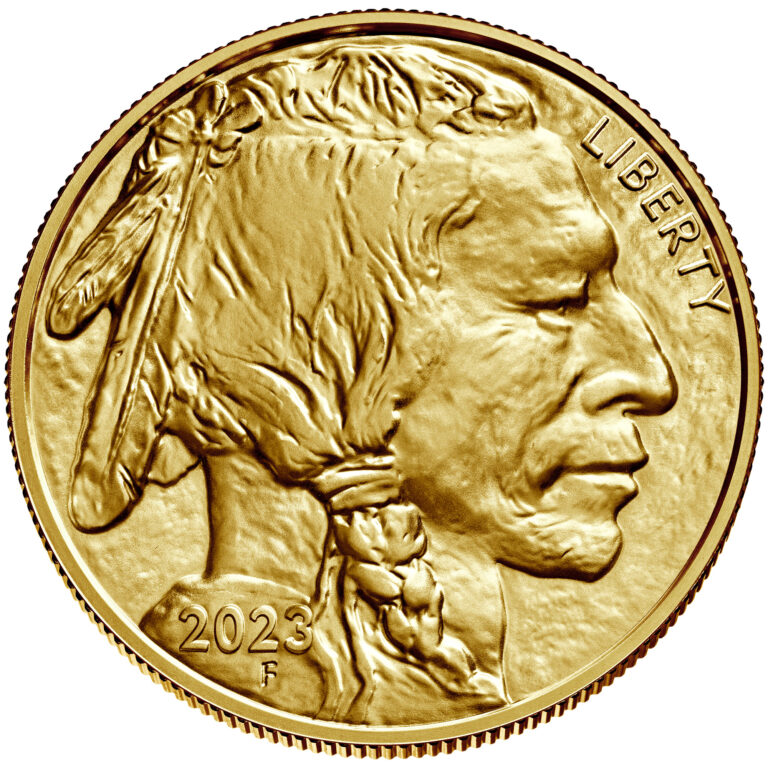 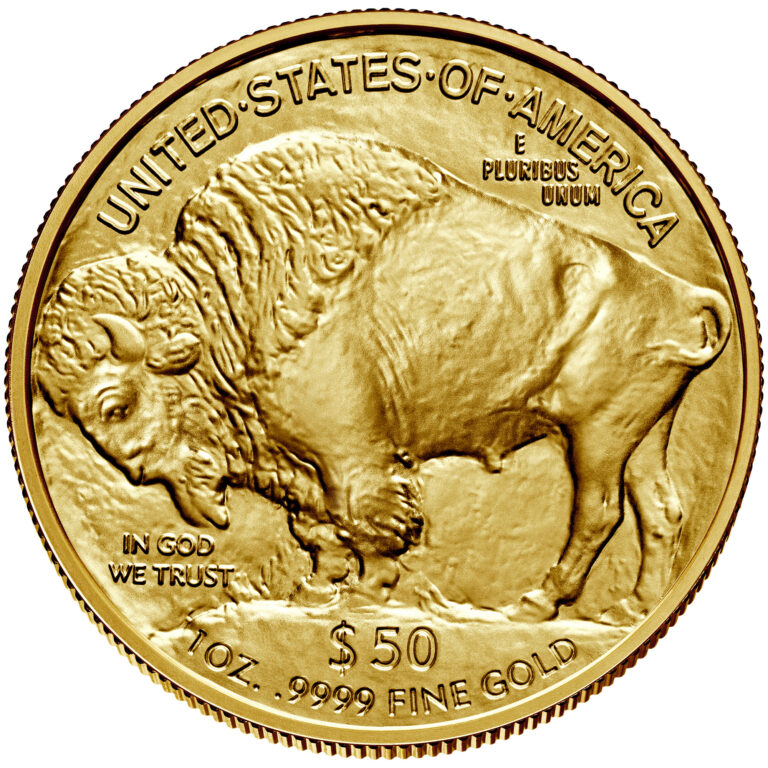 American Buffalo Gold Bullion Coins are one ounce of .9999 fine 24-karat gold. They are investment-grade coins whose weight, content, and purity are guaranteed by the United States government. Although the coin is also legal tender, its face value of $50 is largely symbolic as the value of the gold it contains has historically been far greater.

By law, the gold for American Buffalo Gold Bullion Coins must be taken from newly mined sources in America. They are struck at the United States Mint at West Point, New York, but do not have a mint mark.

The U.S. Mint does not sell American Buffalo Bullion Coins directly to the public. Locate an authorized dealer. Prices are based on the market price of gold, plus a small premium to cover coining and distribution costs.

The designs chosen to grace both the obverse and reverse of this historic American Buffalo Gold Bullion Coin are steeped in American numismatic tradition. With images originally executed by noted sculptor James Earle Fraser, the Buffalo, or Indian Head, nickel debuted in 1913 and was produced until 1938, quickly becoming one of our Nation’s best-loved circulating coins. The specific image used for this new 24-karat gold bullion coin is known to collectors as Fraser’s 1913, Type I design.

The Native American portrait featured on the obverse once again honors the legacy of our land’s first inhabitants, while the power of the American Buffalo on the coin’s reverse recalls the pioneering spirit of the Nation’s westward expansion.

Bullion coins do not have a mint mark.