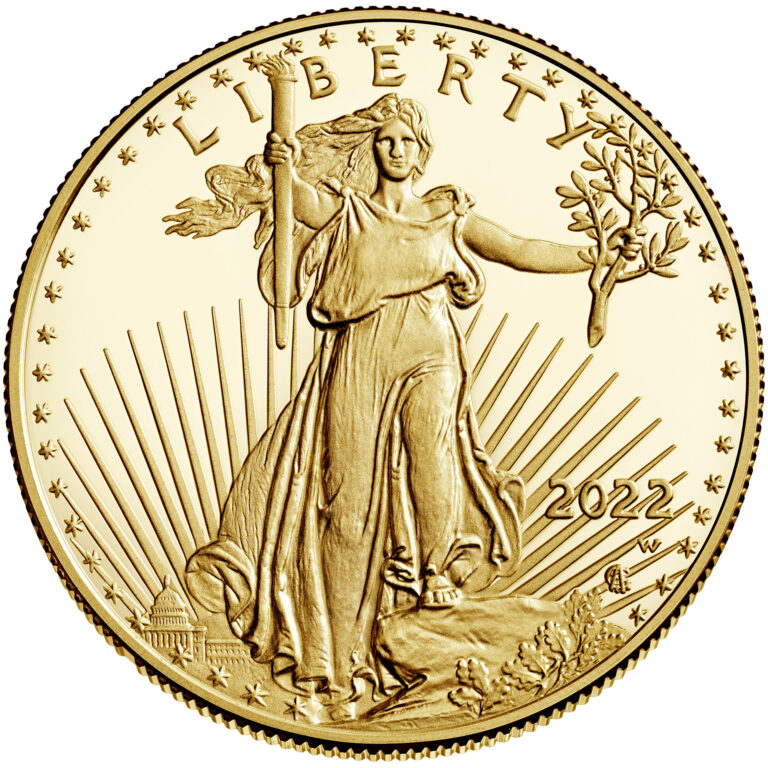 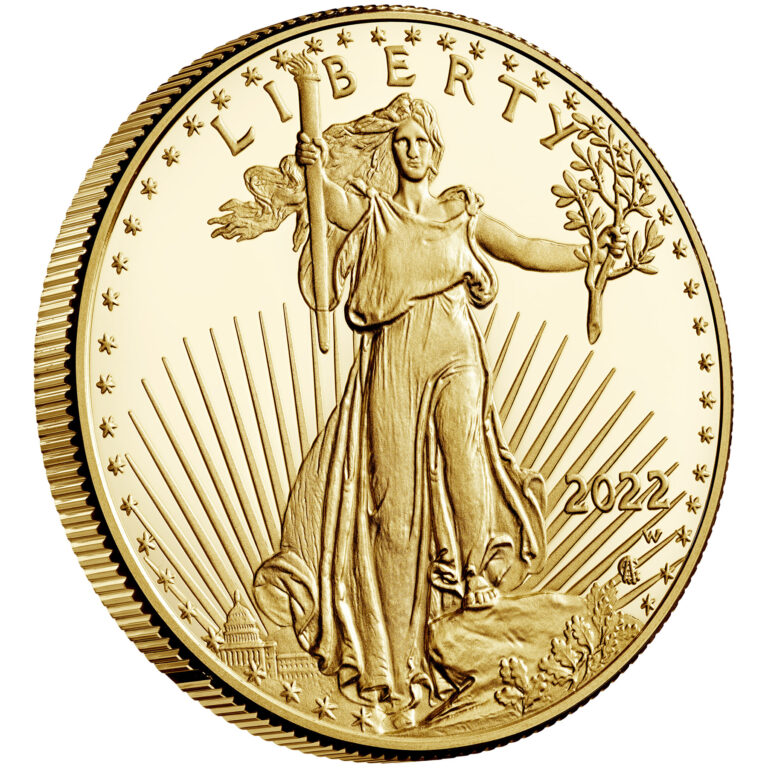 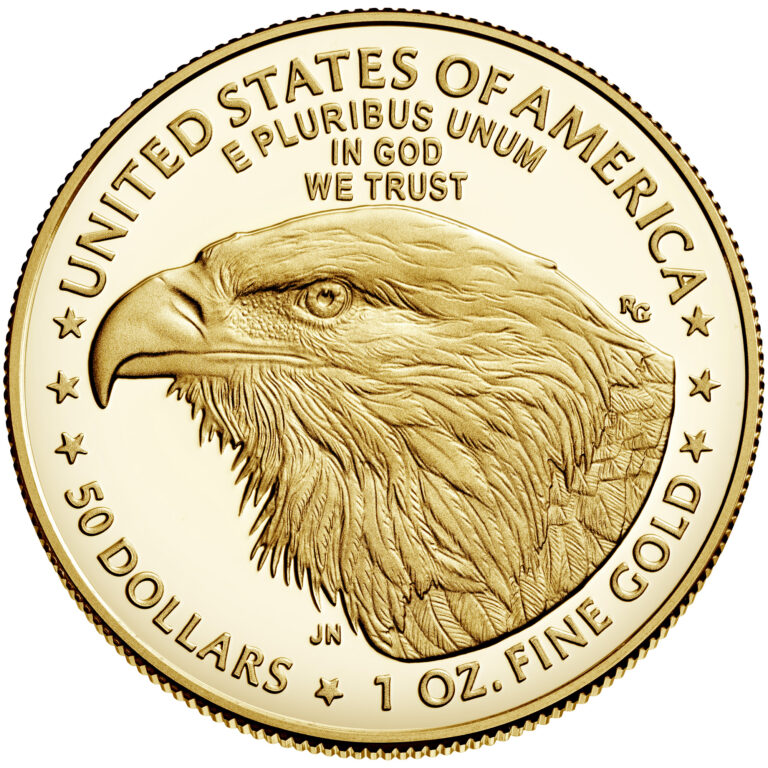 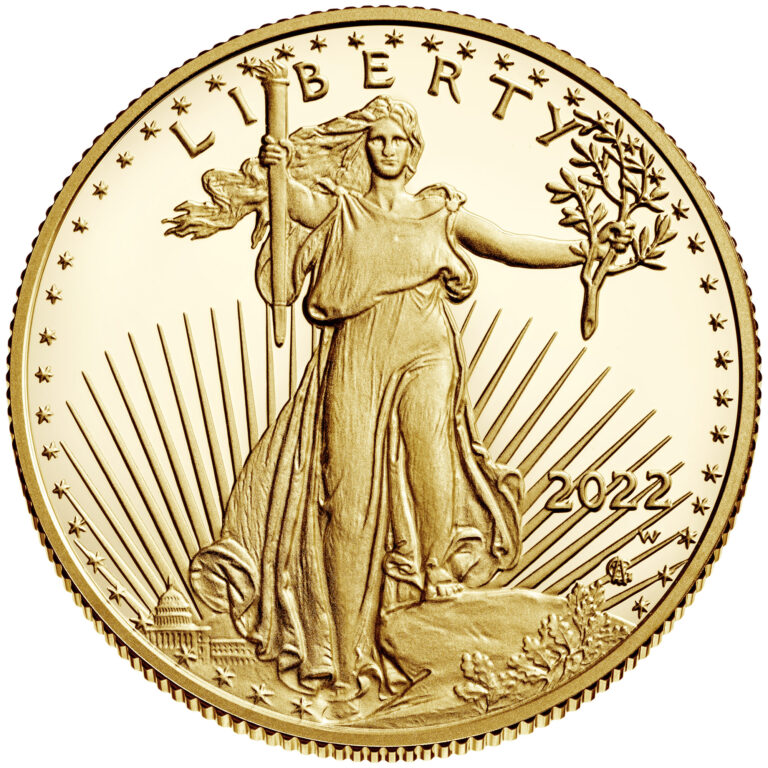 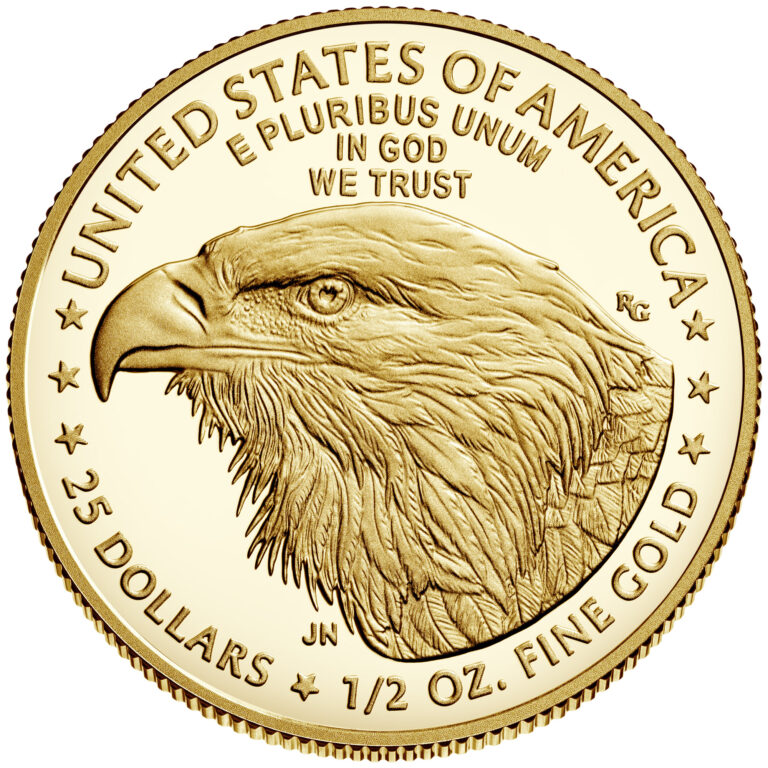 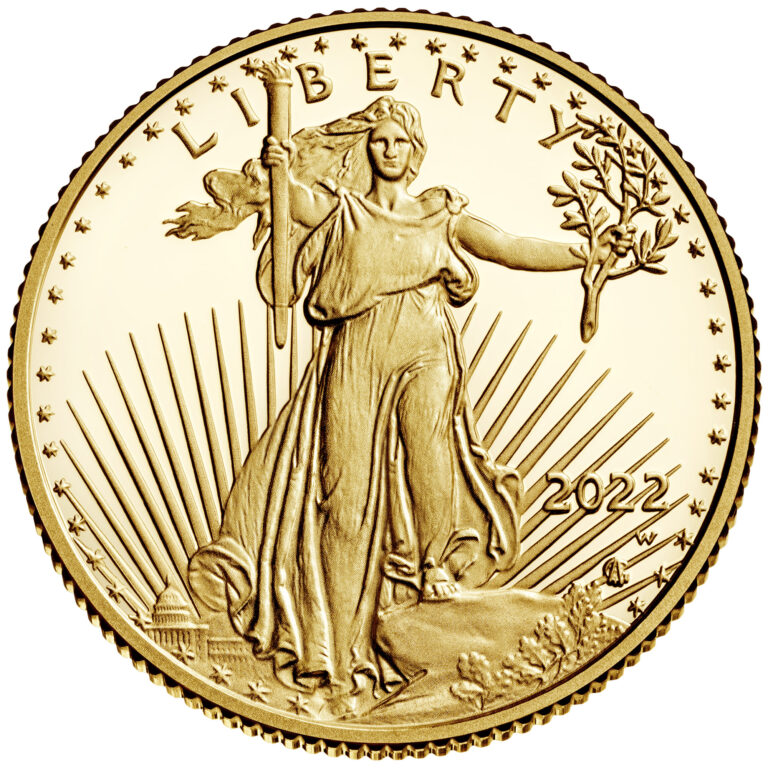 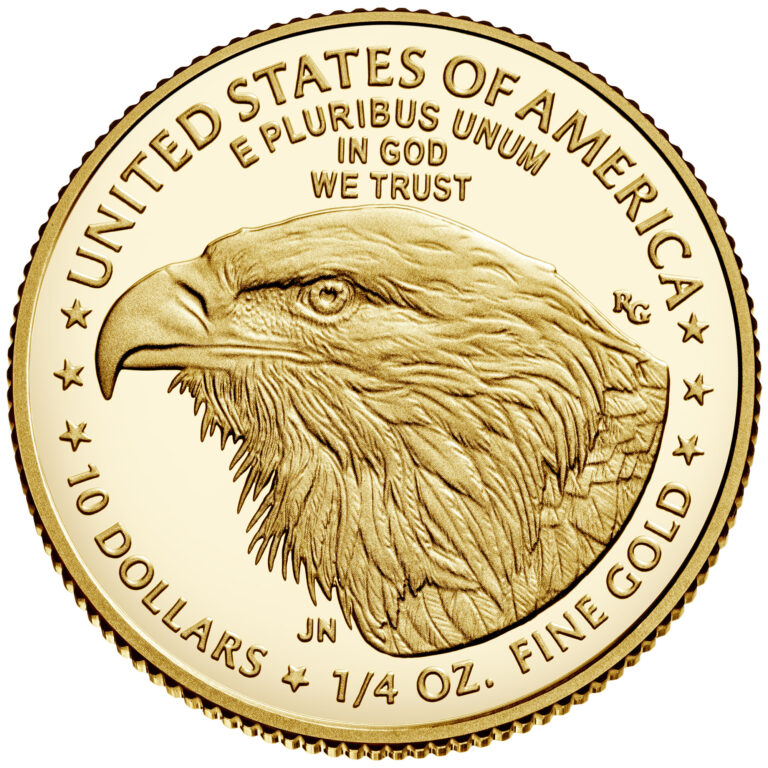 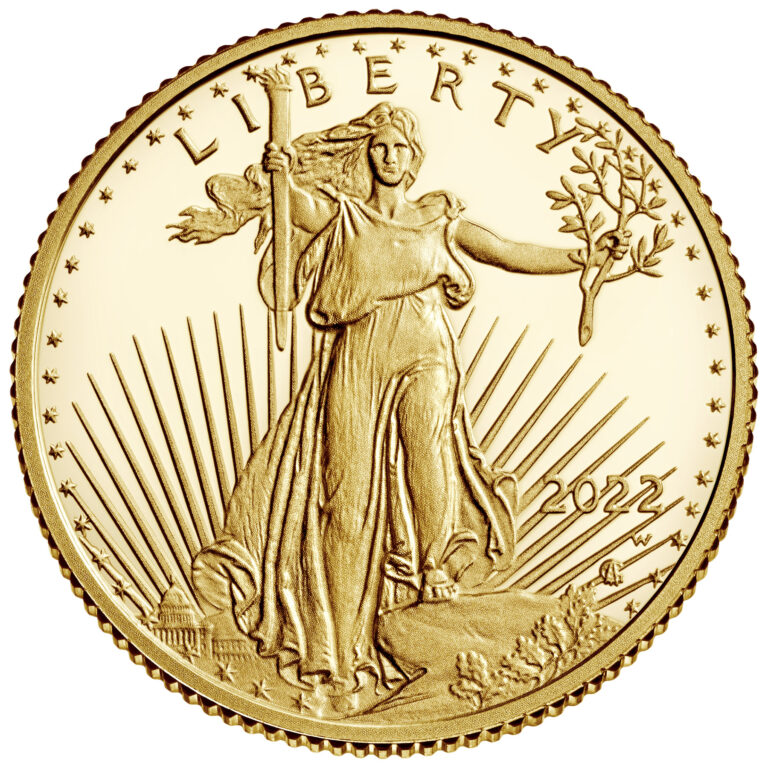 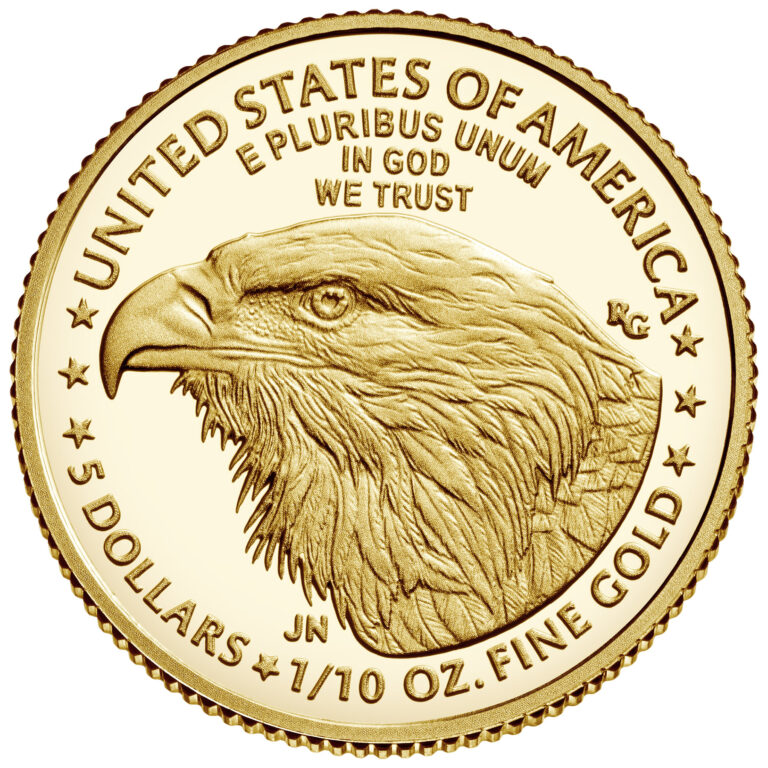 American Eagle Gold Proof Coins are collector versions of the official United States Mint bullion coins produced since 1986. They are available in four sizes: one ounce, one-half ounce, one-quarter ounce, and one-tenth ounce. All American Eagle Gold Proof Coins contain 91.67 percent (22-karat) gold. The gold weight and diameter will vary with each coin denomination, as specified below. The coins are minted at the U.S. Mint at West Point bearing the “W” mint mark.

The obverse features the figure of Liberty used on the gold coins since 1986. The design is inspired by Augustus Saint-Gaudens’ celebrated 1907 $20 gold piece, the “Double Eagle.” In 2021, the Mint marked the 35th anniversary of the American Eagle Coin Program with an updated designs. The Mint used historical assets such as the original bronze cast to closer reflect Saint-Gaudens’ original vision. The refresh includes modifications to the Capitol Building, stars, torch, sun rays, and other design elements.

Since 2021, the reverse shows a portrait of an eagle. To give the new coins an added level of security, they have also been updated with enhanced security features, including a reeded edge variation.

From 1986 to 2021, the reverse, by sculptor Miley Busiek, depicted an eagle carrying an olive branch flying above a nest containing a second eagle and hatchlings.

In 2020, the U.S. Mint produced a special End of World War II 75th Anniversary American Eagle Gold Proof Coin featuring a “V75” privy mark. The outline of the privy mark represents the shape of the Rainbow Pool at the World War II Memorial in Washington, DC.

The obverse features a rendition of Augustus Saint-Gaudens' full length figure of Lady Liberty with flowing hair, holding a torch in her right hand and an olive branch in her left.

The reverse shows, since 2021, a portrait of an eagle.

Composition is 91.67% gold, 3% silver, balance copper with a reeded edge. Weight and diameter differs between the one, half, quarter, and tenth ounce sizes.