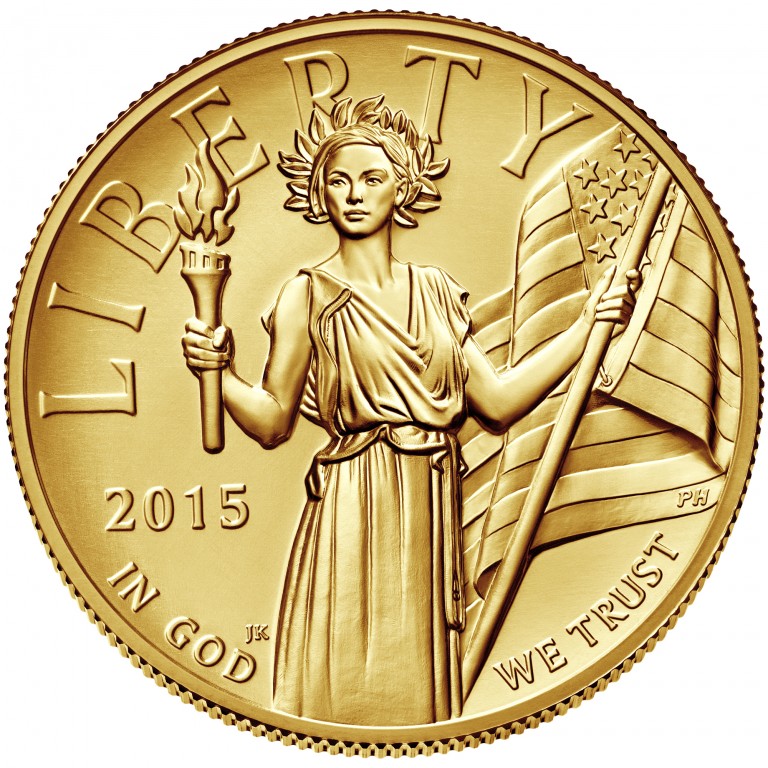 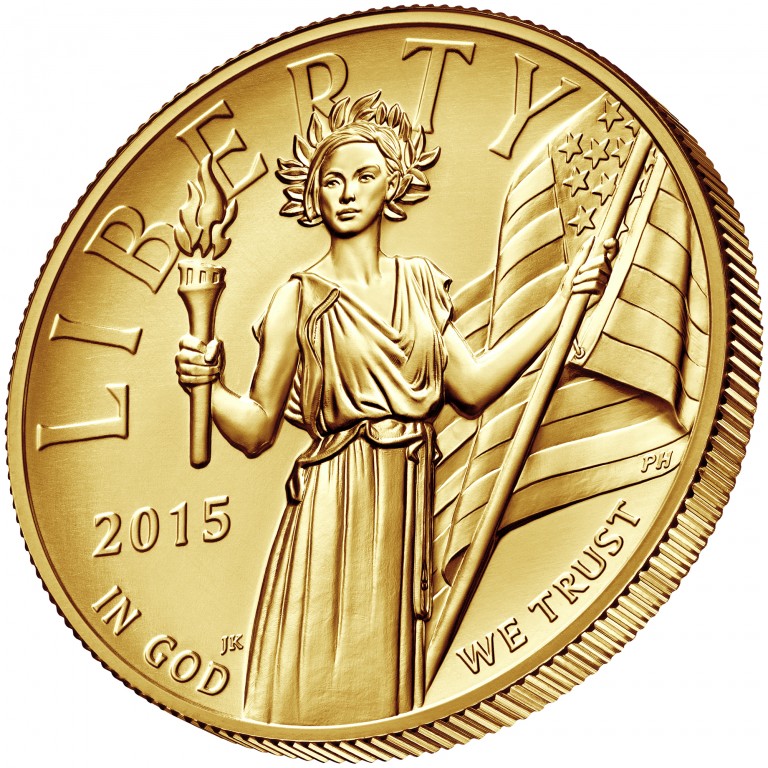 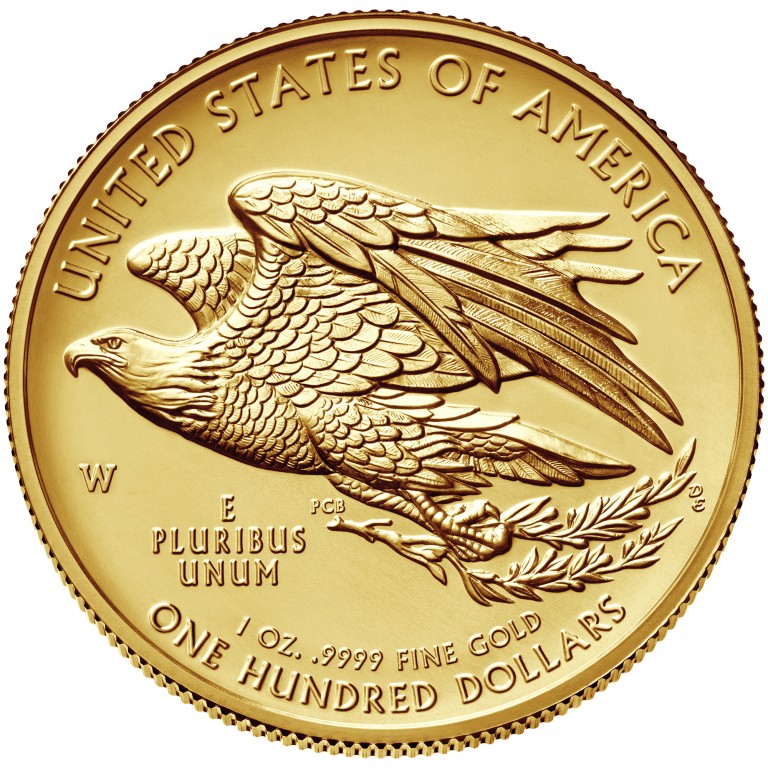 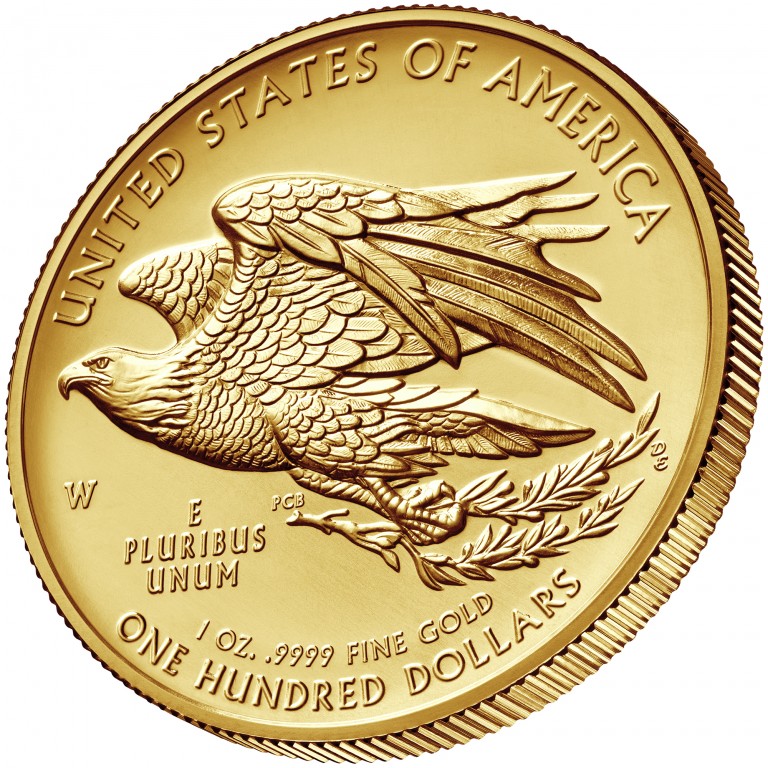 The 2015 American Liberty High Relief Gold Coin depicts a new modern rendition of the figure of Liberty. The high-relief 24-karat gold coin, with a mintage limit of 50,000 and a nominal denomination of $100, was minted at West Point, NY, and went on sale July 30, 2015.

The design was strongly influenced by the Citizens Coinage Advisory Committee, an 11-member body established in 2003 by Congress to advise the Secretary of the Treasury on the themes and designs of all U.S. coins and medals. The U.S. Commission of Fine Arts, a seven-member group established by Congress in 1910, also reviewed candidate designs and made recommendations.

The obverse features a "modern" depiction of Liberty. The figure is portrayed standing, crowned with leaves, holding the American flag and a torch.

The reverse features a bald eagle in flight, clutching an olive branch in its talons.