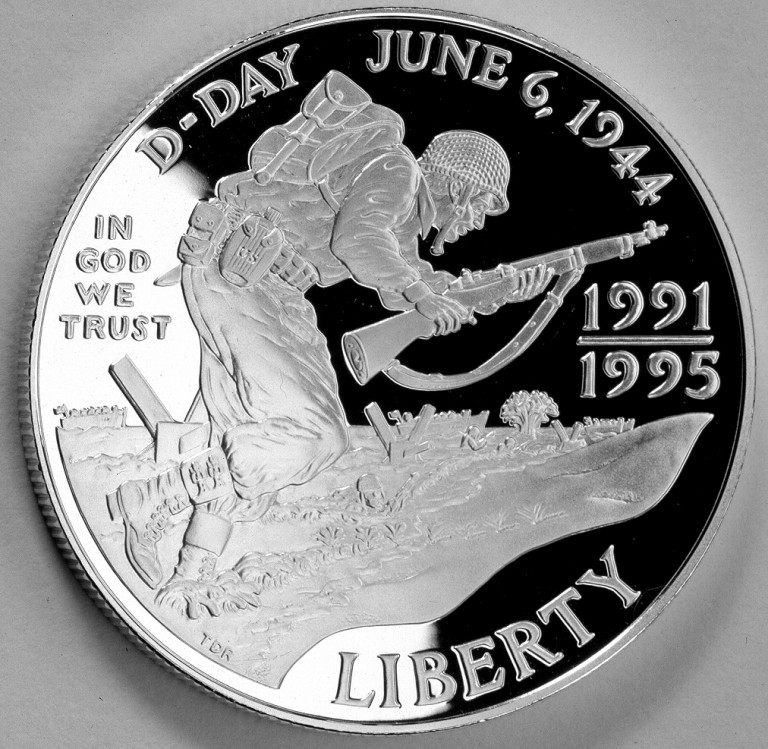 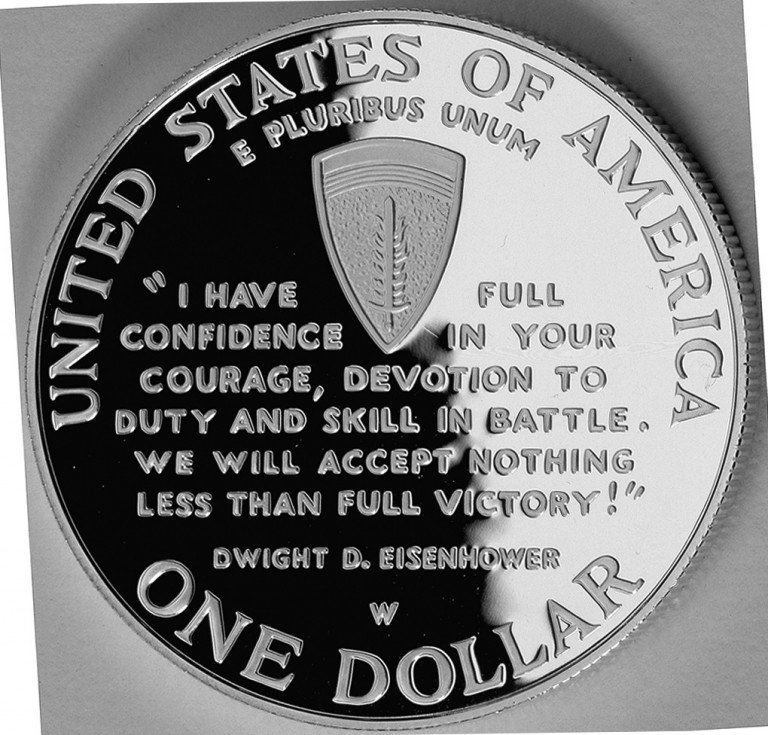 The obverse design of the coin features an American soldier advancing on the beach at Normandy and other servicemen in the trenches.

The reverse of the coin features the shoulder sleeve insignia of Supreme Headquarters Allied Expeditionary Force and a quote from General Eisenhower's D-Day message to the troops.