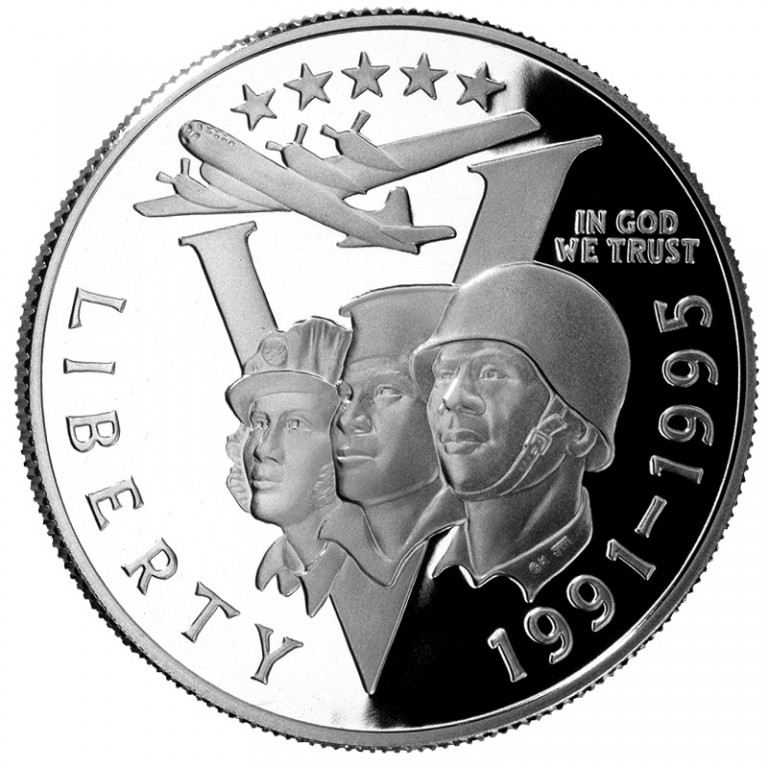 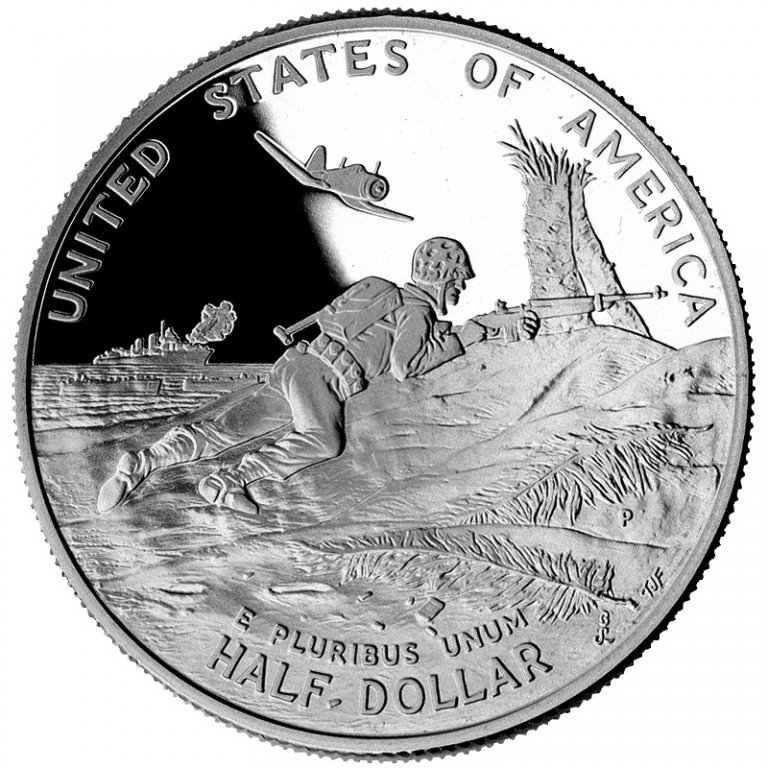 The obverse design of the coin features the faces of three U.S. service personnel superimposed upon the "V" for victory symbol at center, beneath a World War II era bomber and five stars above the bomber at the center top.

The reverse of the coin features an American serviceman on the beach of a Pacific Island with a landing craft, a ship, and a fighter plane appears in the background.