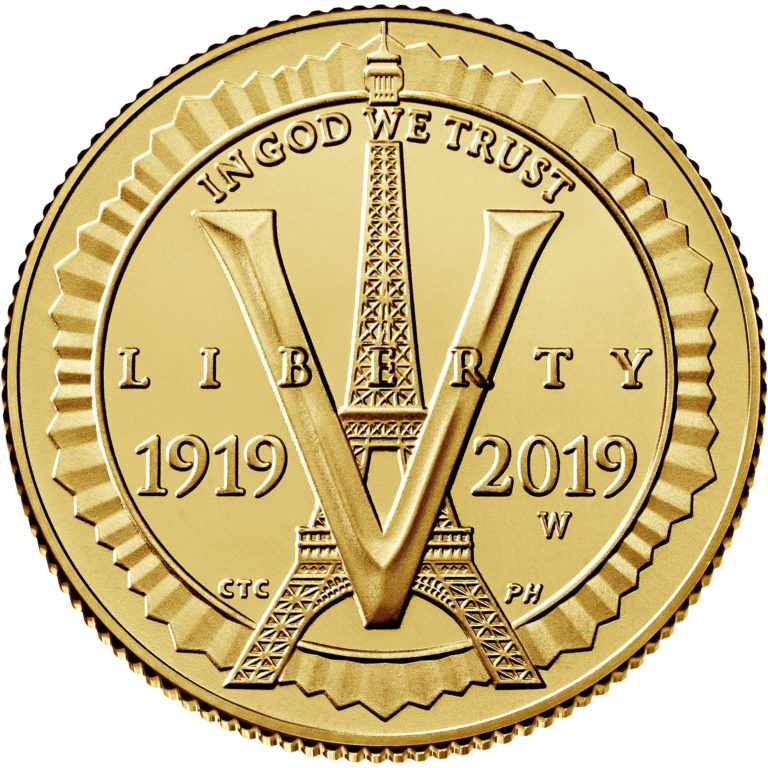 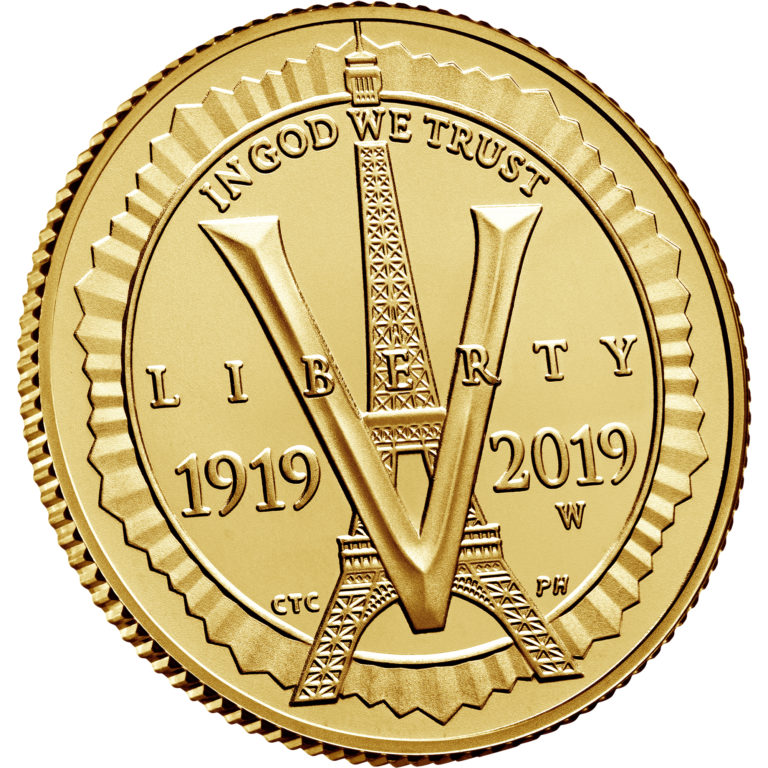 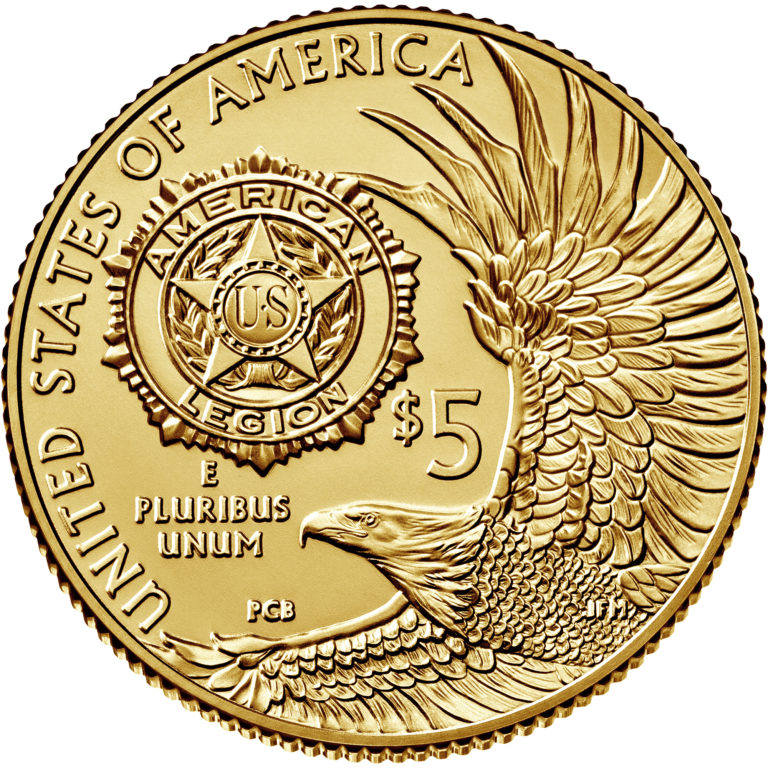 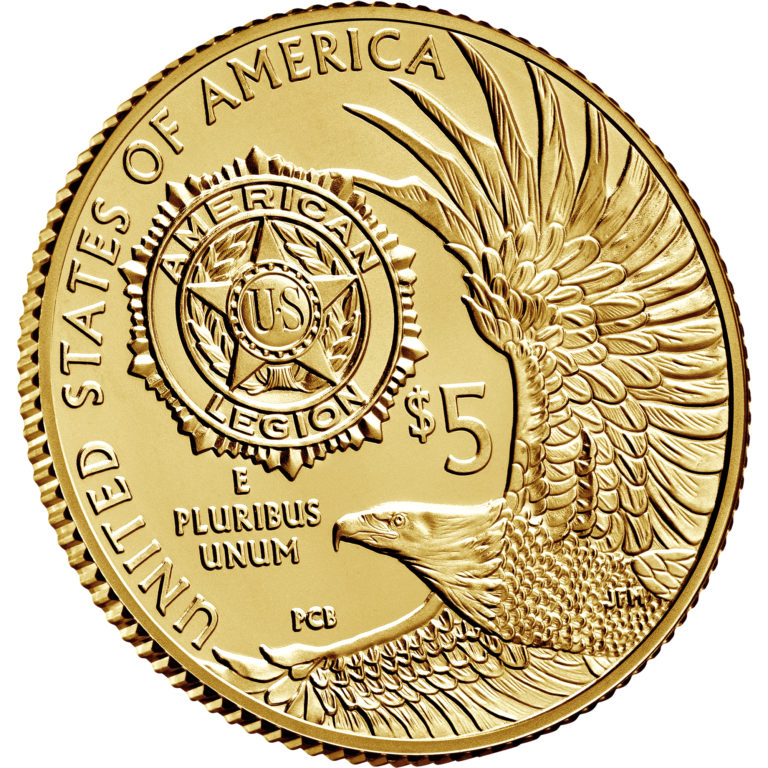 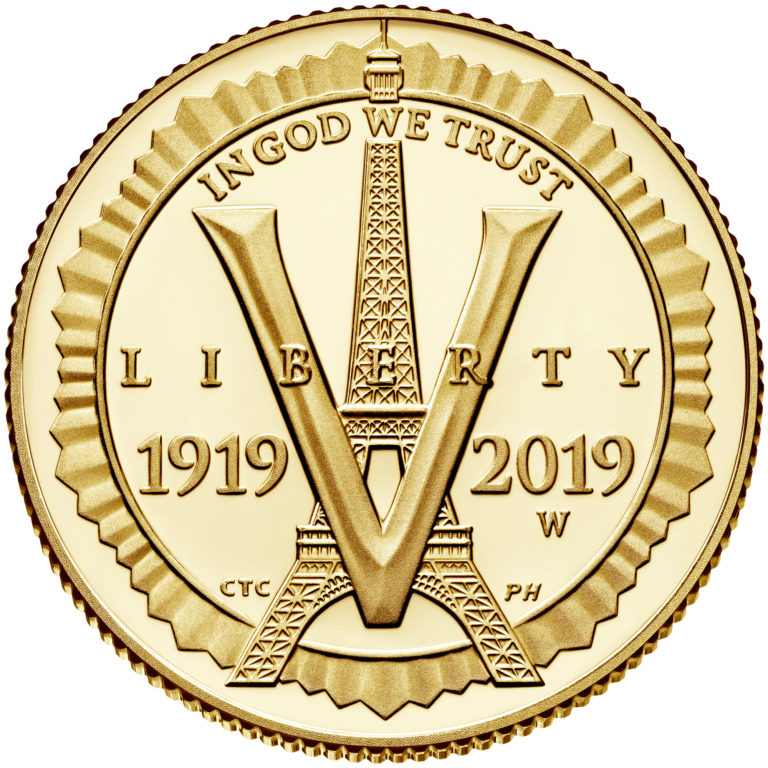 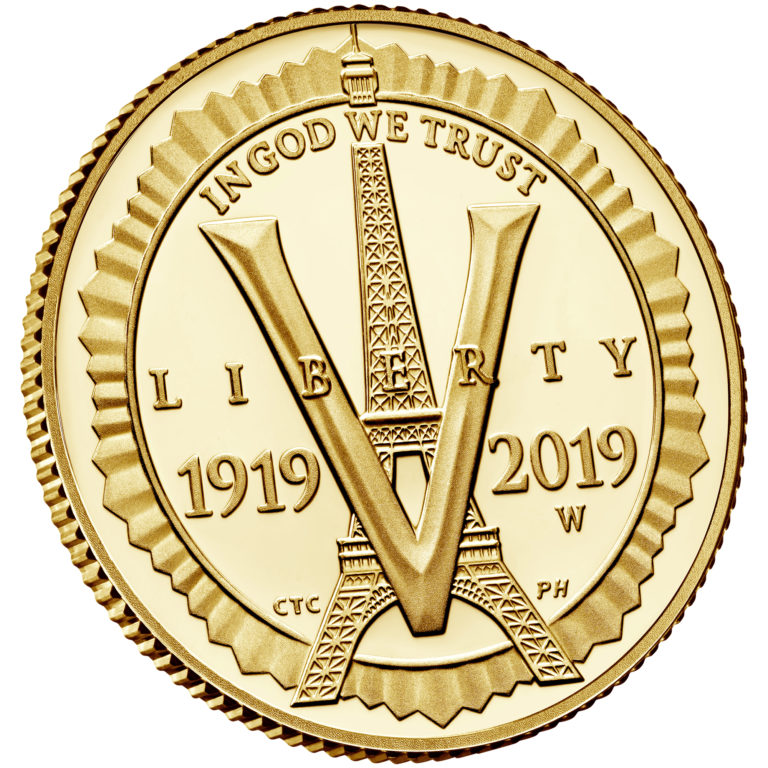 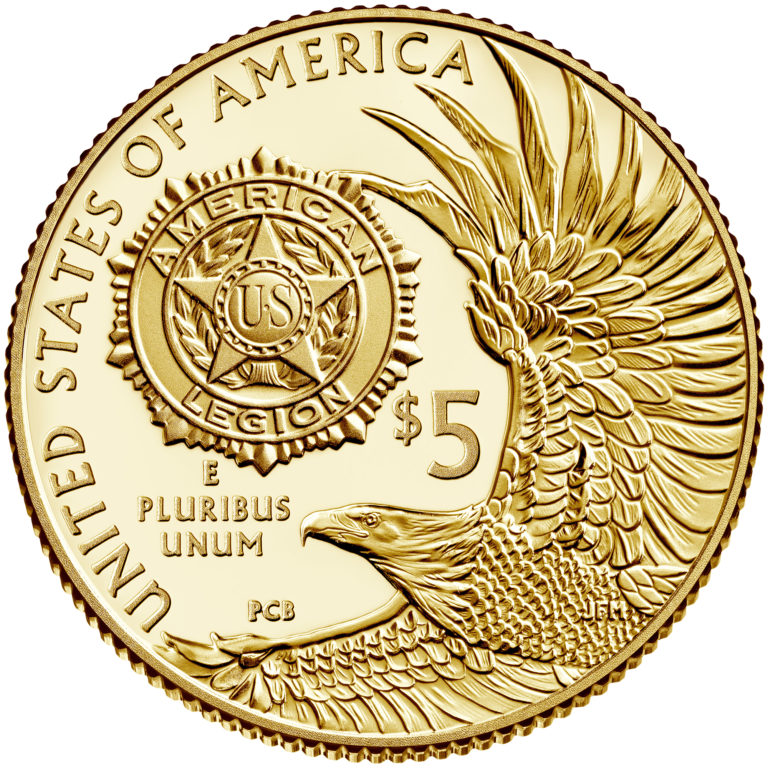 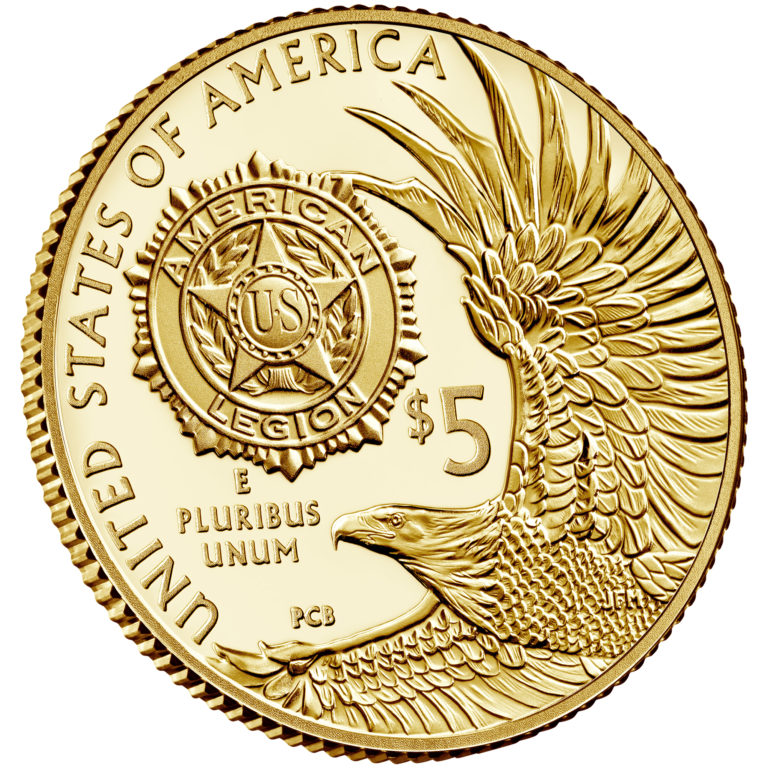 The price of each $5 gold coin includes a surcharge of $35, which the law authorizes to be paid to the American Legion to support the Legion’s programs for veterans, members of the Armed Forces, and other purposes specified by the authorizing legislation.

The obverse (heads) design commemorates the inception of the American Legion and its mission to serve America and its war veterans. The outer geometric rim design from the American Legion emblem, the Eiffel Tower, and V for victory, represent the formation of the organization in Paris in 1919 at the end of World War I.

The reverse (tails) design depicts a soaring eagle, a symbol of the United States during times of war and peace alike. The American Legion emblem is depicted above the eagle.