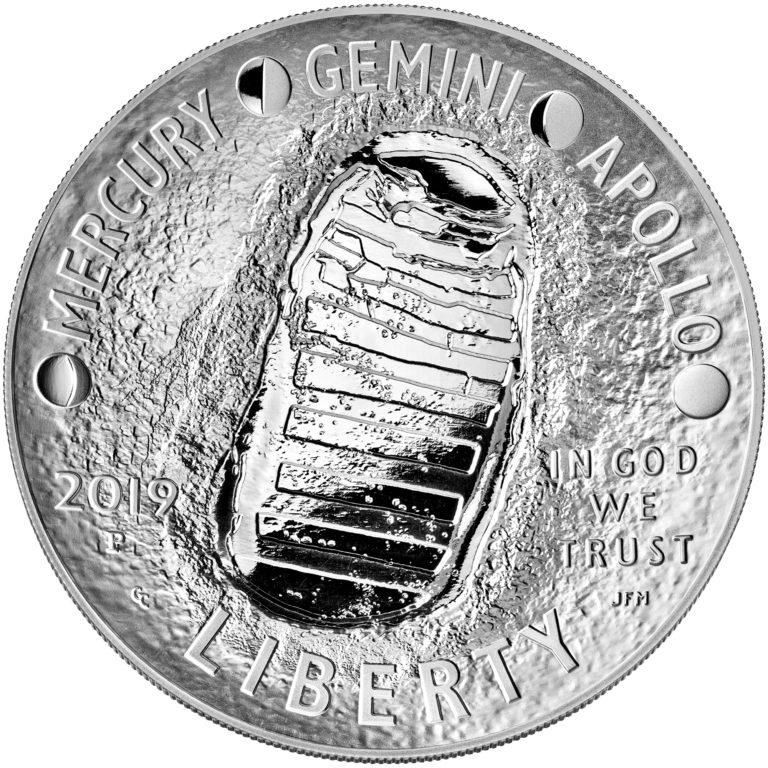 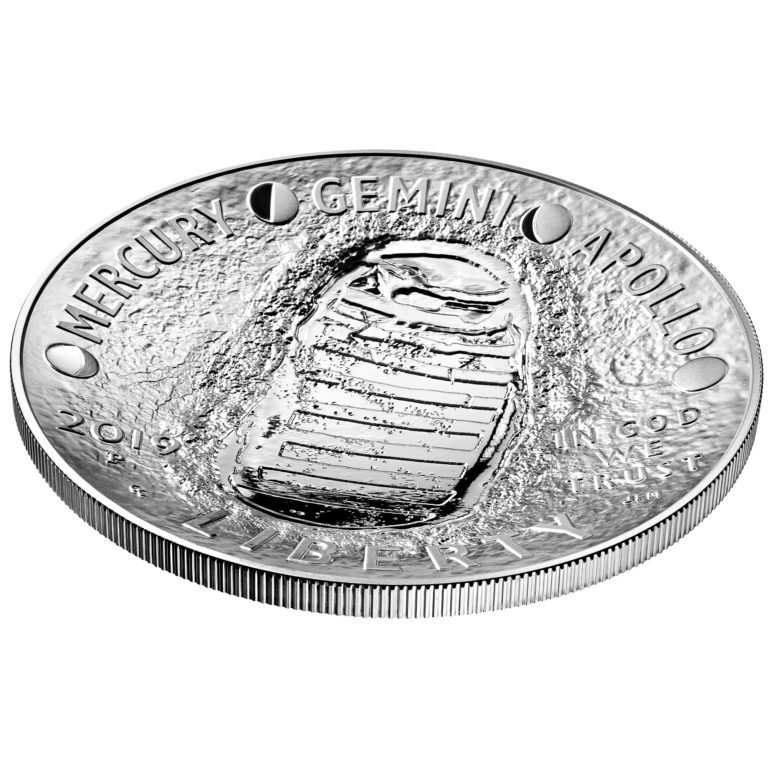 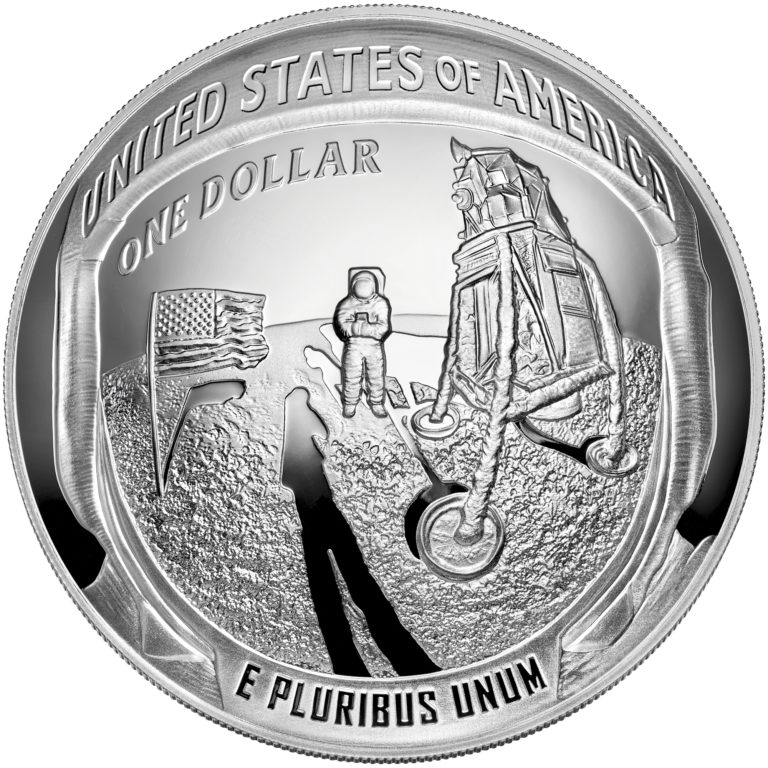 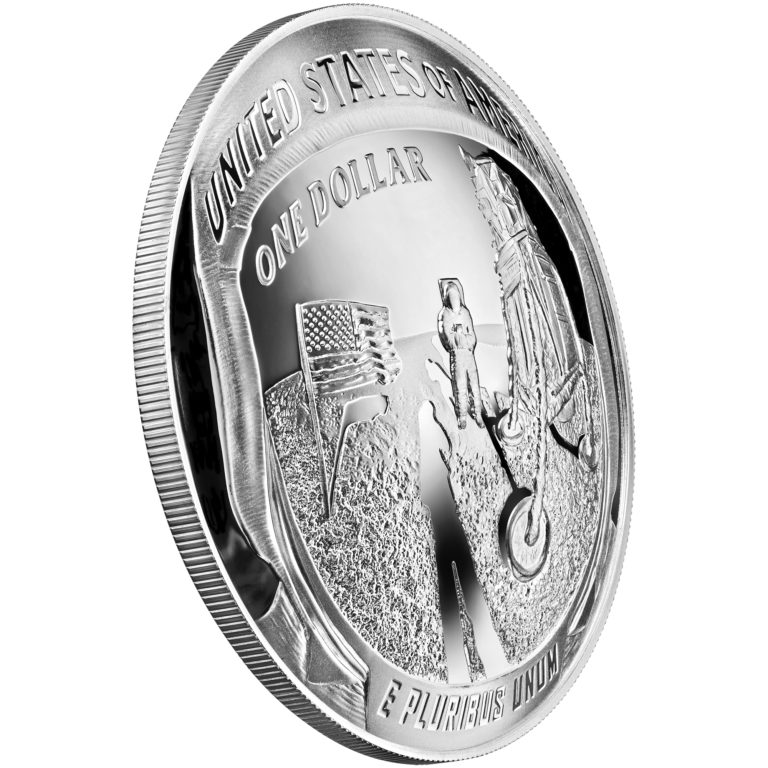 In 2019, the U.S. Mint released the Apollo 11 50th Anniversary Five Ounce Silver Proof Coin as part of the the Apollo 11 50th Anniversary Commemorative Coin Program. It commemorates the 50th anniversary of the first manned landing on the Moon by NASA’s Apollo 11 crew. The program includes curved coins in gold, silver, clad, and a special five-ounce silver coin. A public design competition determined the common obverse design.