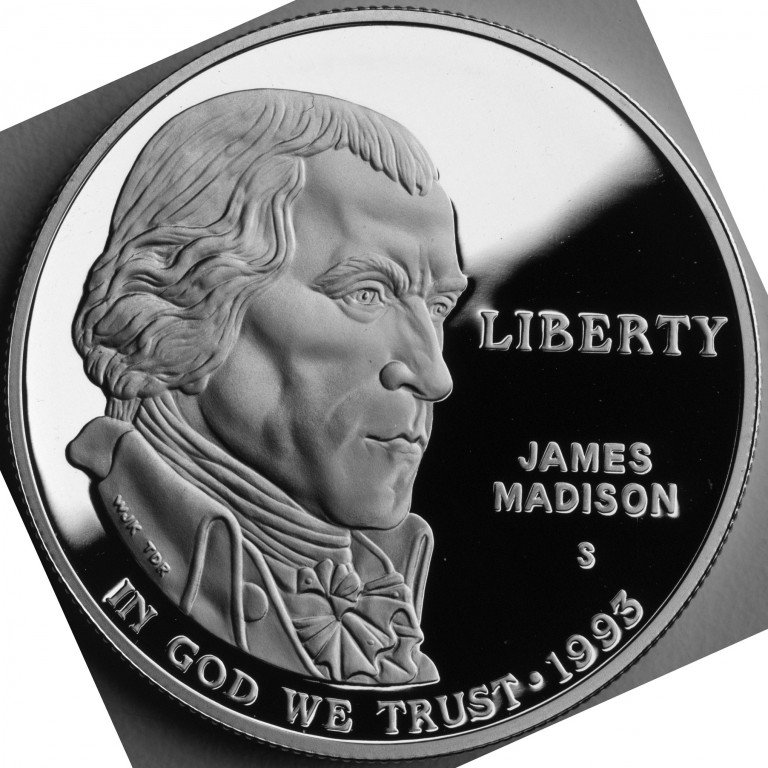 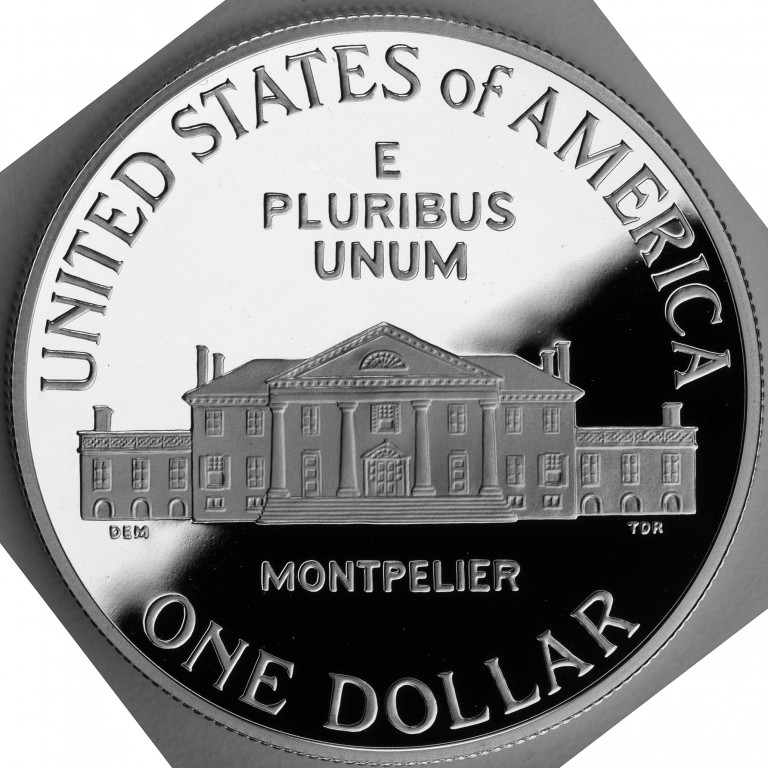 The obverse design of the coin features a portrait of James Madison.

The reverse of the coin features James and Dolley Madison's Virginia home, Montpelier.