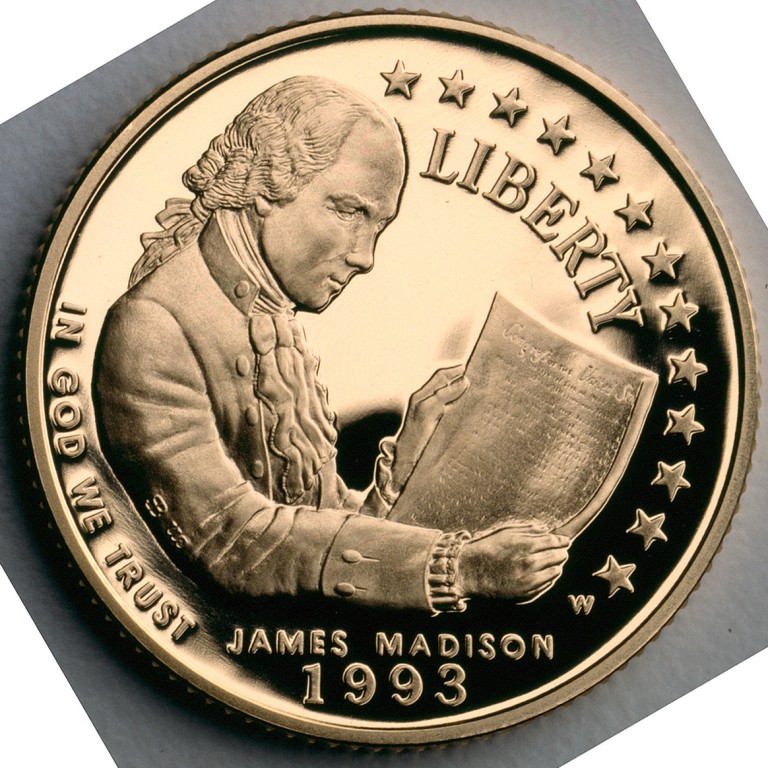 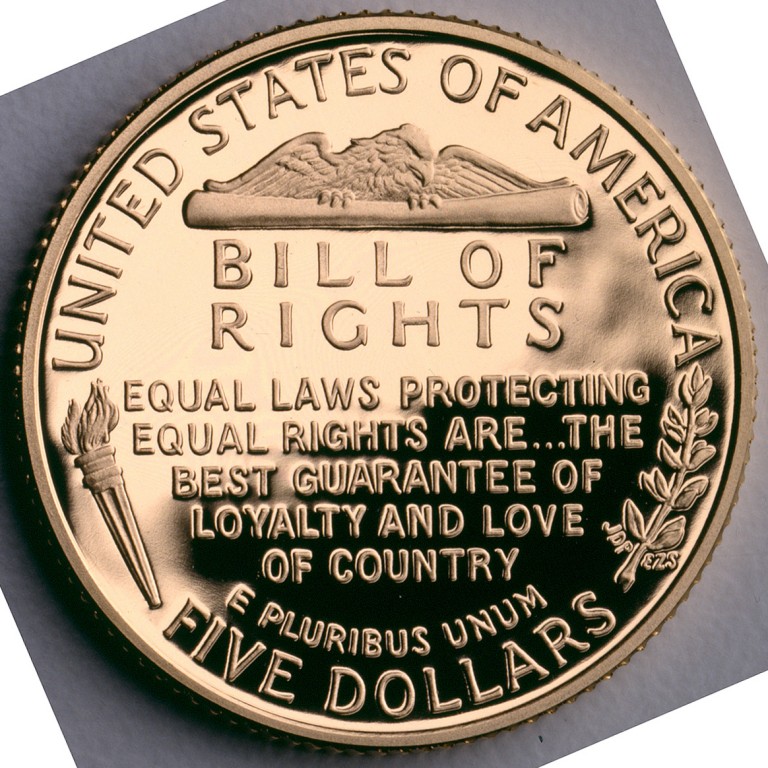 The obverse design of the coin features Madison studying the Bill of Rights, with James Madison inscribed below and thirteen stars edge the right hand border.

The reverse of the coin features a Madison quote accented by an eagle, the torch of freedom and a laurel branch.