Bill of Rights Half Dollar 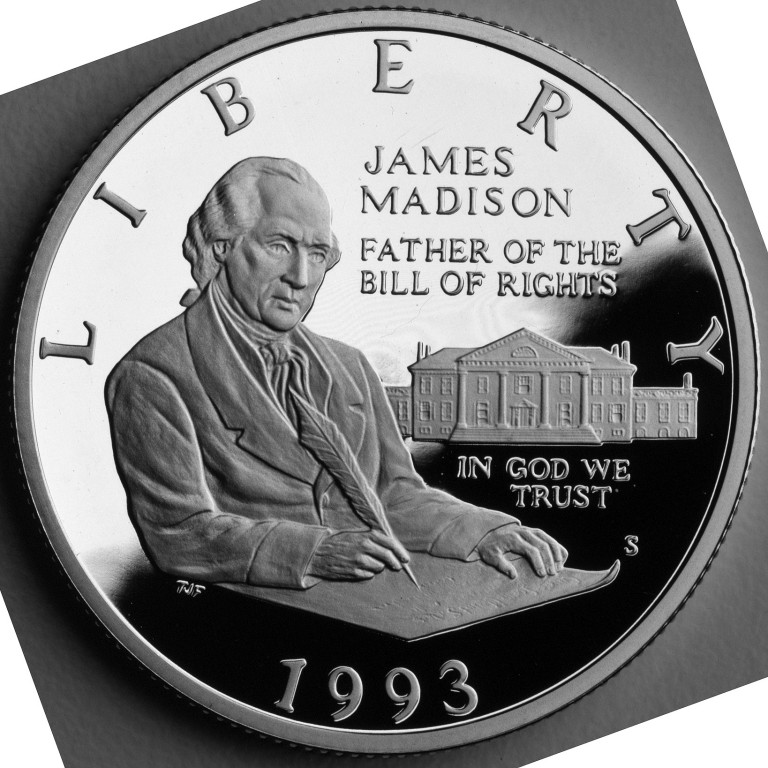 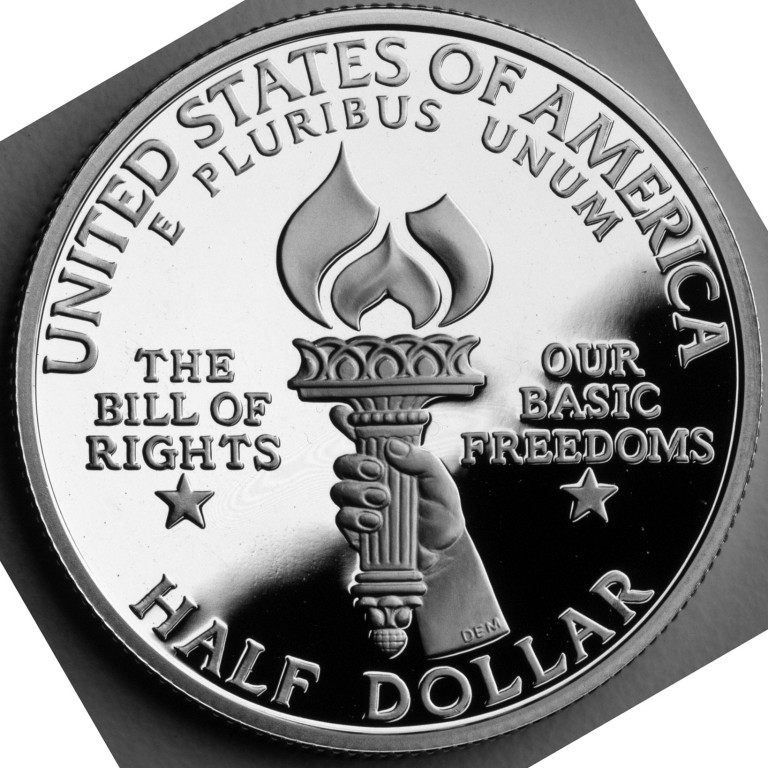 The obverse design of the coin features James Madison penning the Bill of Right and Montpelier in the background.

The reverse of the coin features the torch of freedom.