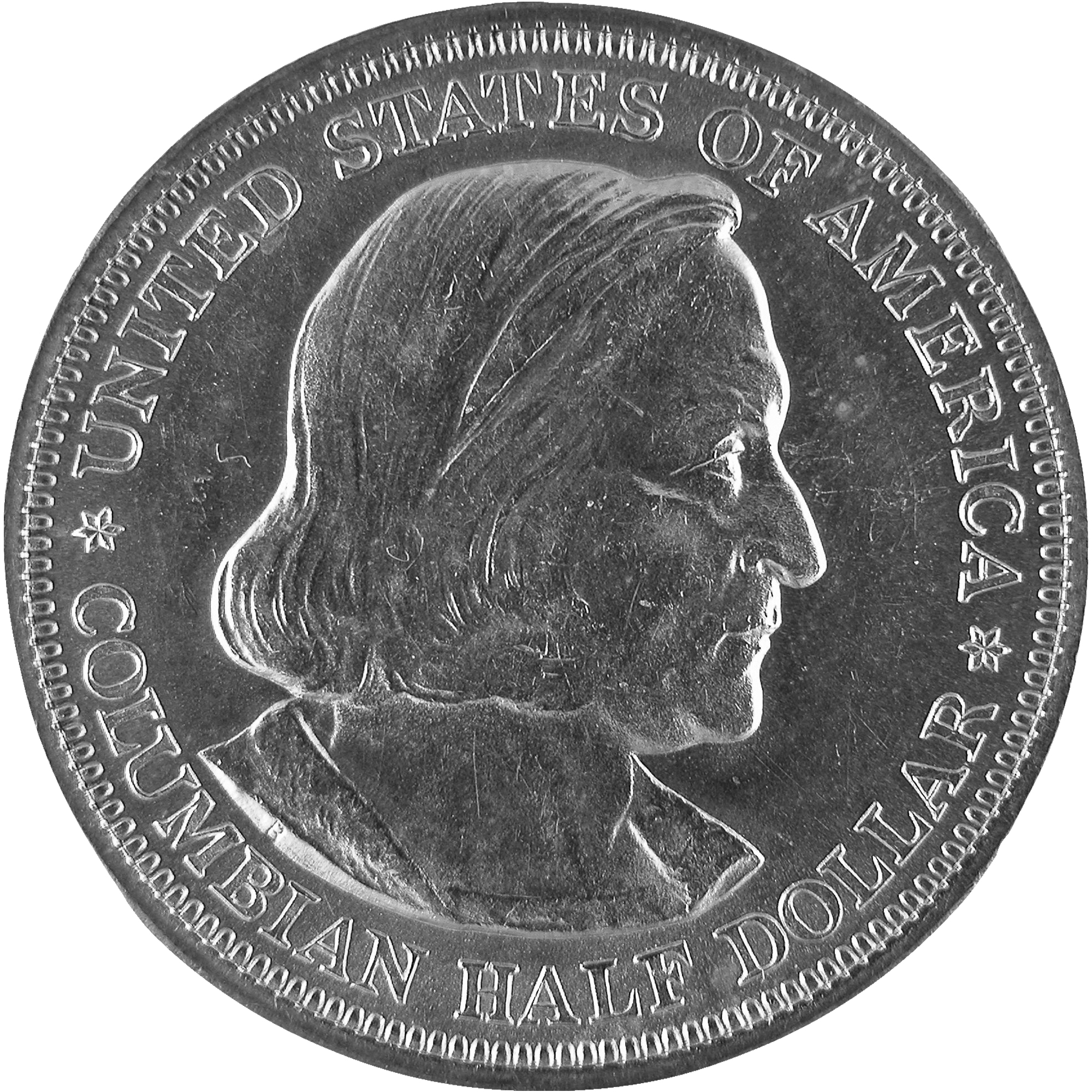 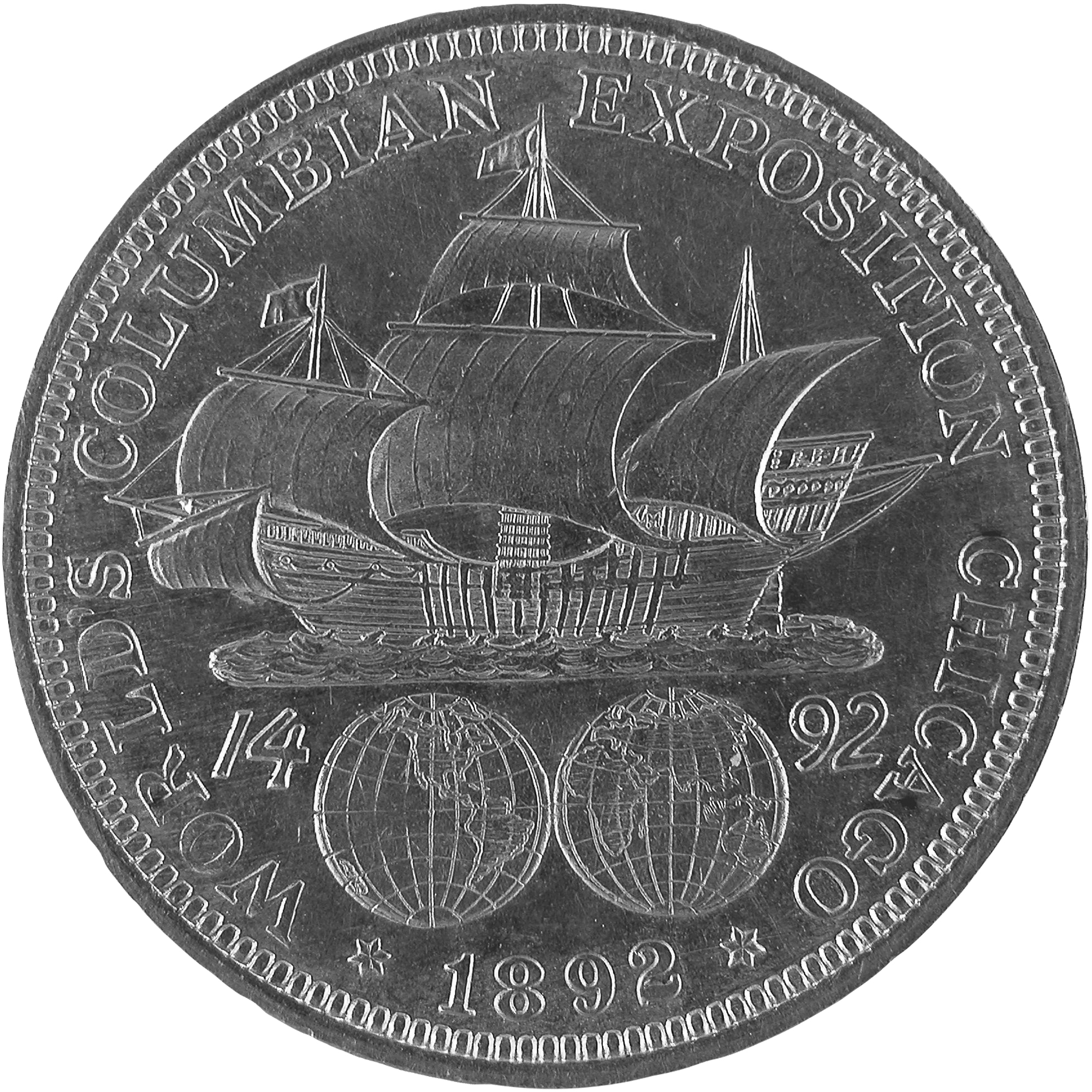 The reverse features the Columbus flagship, the Santa Maria, and two globes