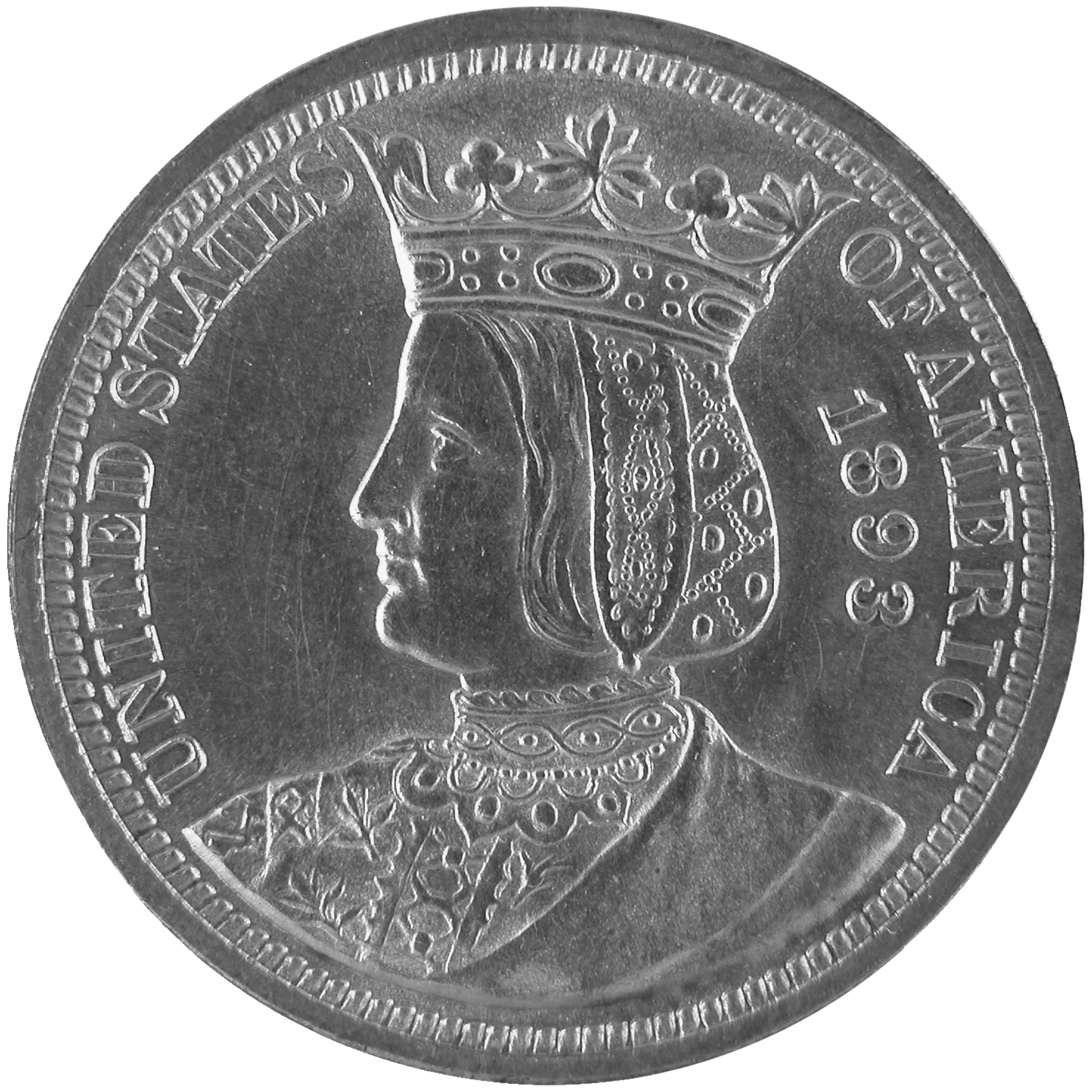 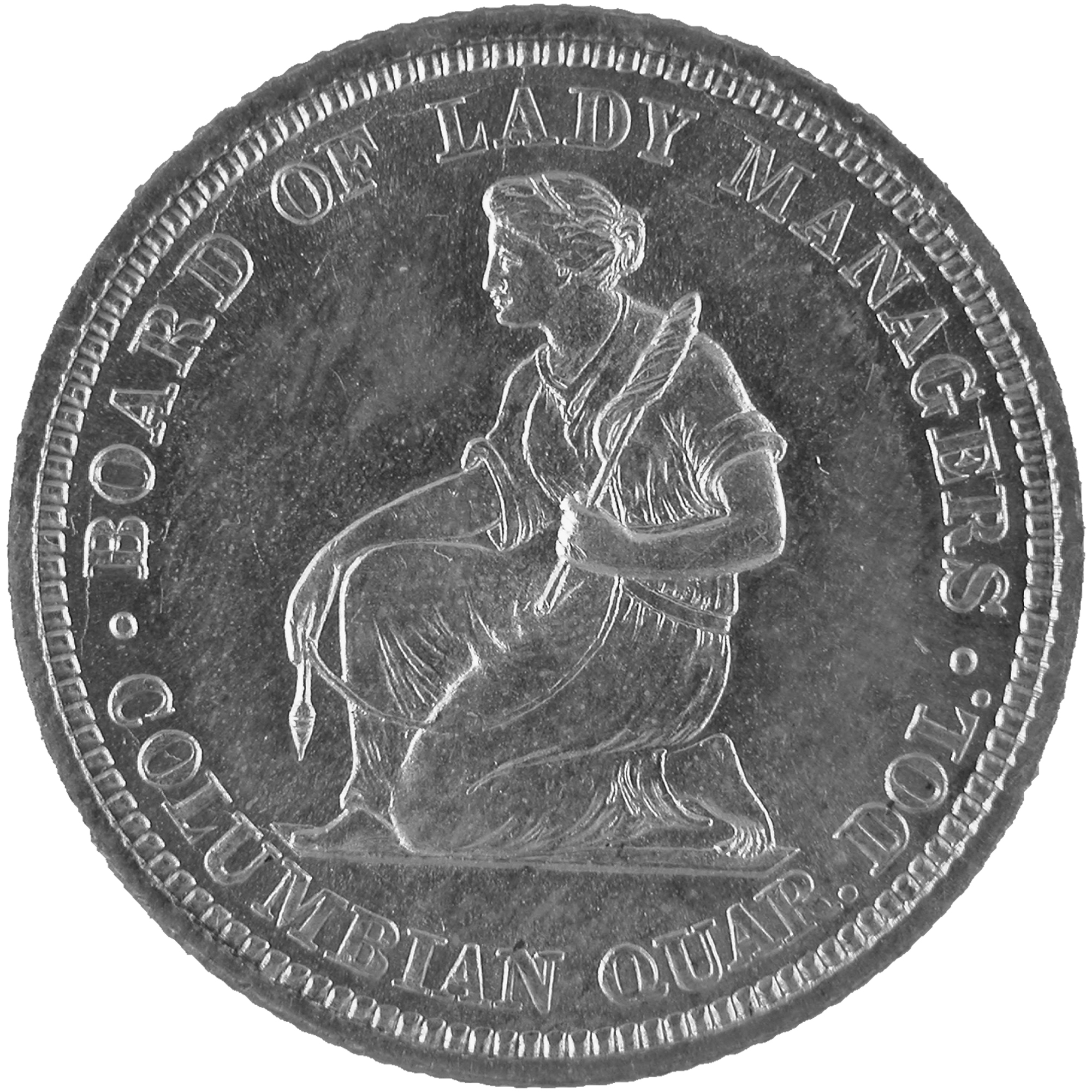 Released in 1893, the Queen Isabella Quarter was the first U.S. coin to feature a real woman, Queen Isabella of Spain. The coin was made for the World’s Columbian Exposition in Chicago at the request of the exposition’s Board of Lady Managers and with approval from Congress.

The reverse features a kneeling female with symbols of women’s industry (distaff and spindle).