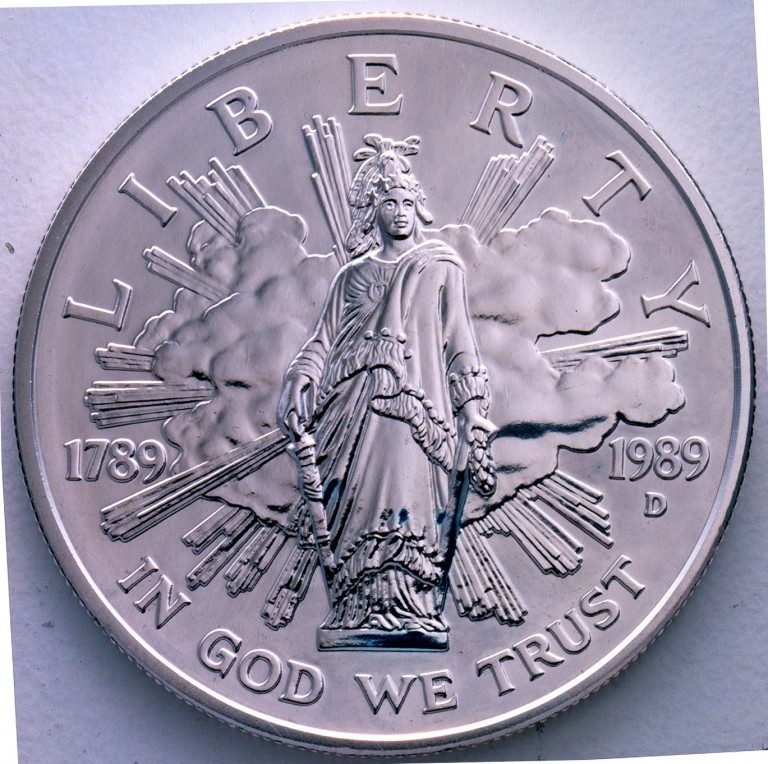 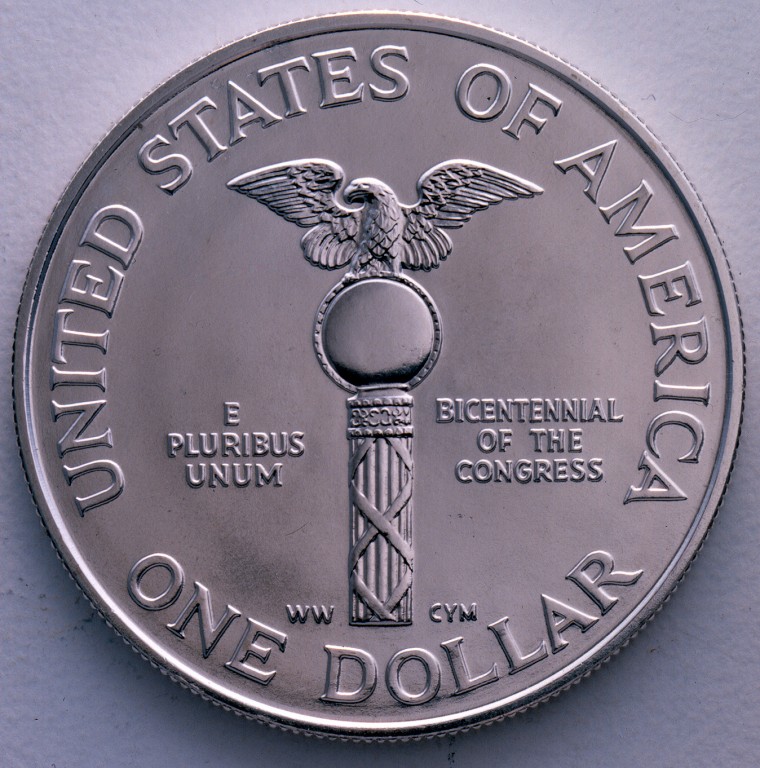 The United States Congressional coin was first struck on June 14, 1989 at a ceremony outside of the Capitol. It commemorates the Bicentennial of the U.S. Congress.

Some of the surcharges received from coin sales were to be deposited in the Capitol Preservation Fund to be available to the United States Capitol Preservation Commission. The balance of the surcharges received were to be deposited in the general fund of the Treasury for the purpose of reducing the national debt.

The obverse design of the coin features the Statue of Freedom which towers at the peak of the Capitol Dome.

The reverse of the coin features the Mace of the House of Representatives, which resides in the House Chamber whenever the House is in session, and an eagle astride a world globe.