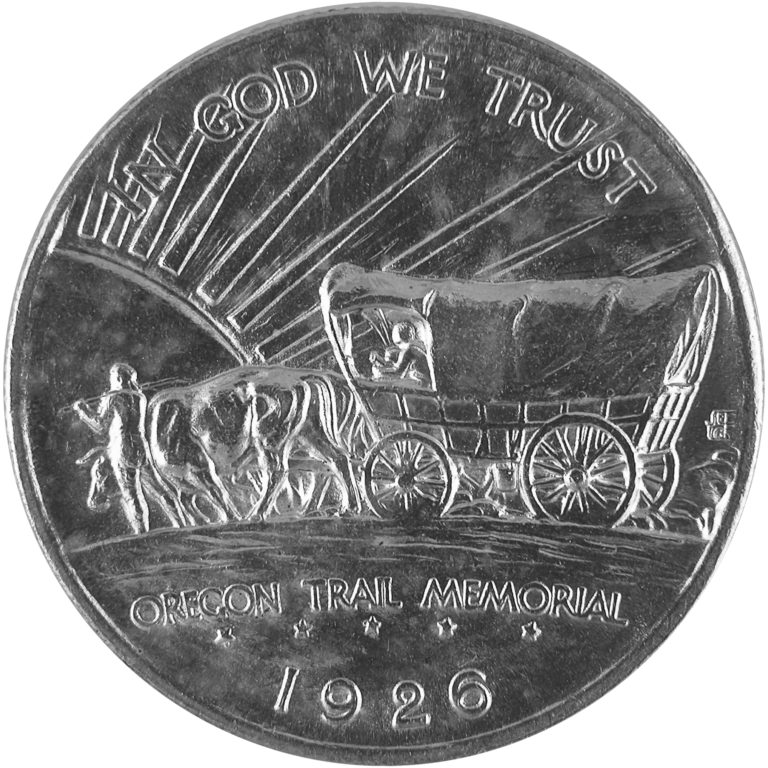 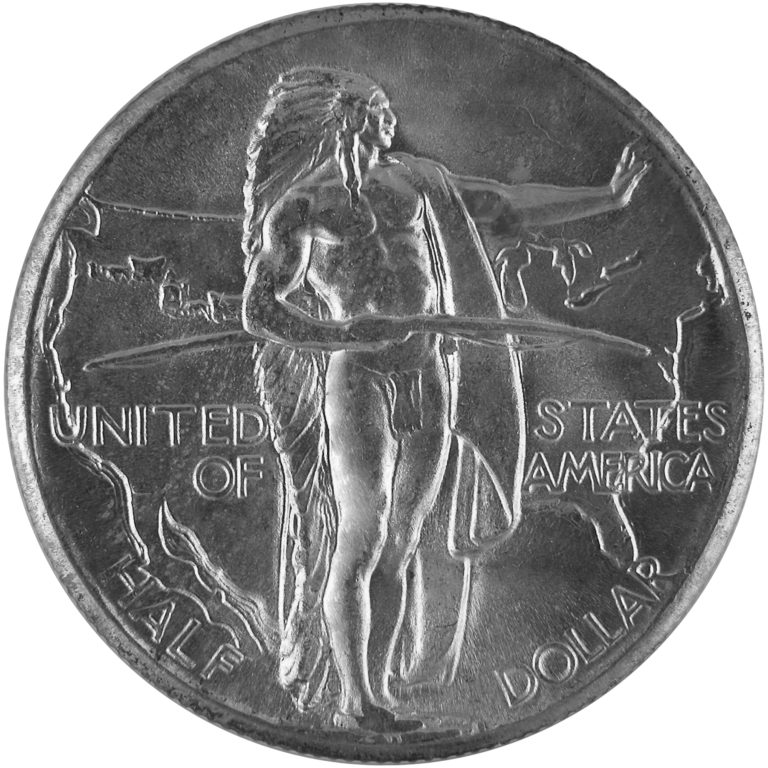 The 1933 issue of this coin was the first commemorative coin struck at the Denver Mint.

The obverse design features an old-time Conestoga wagon drawn by oxen over the brow of a hill and toward the setting sun.

The reverse features a full-length image of an Indian with headdress, blanket, and bow. His left hand is raised as if warning those of the East. In the background is a map of the United States with the Oregon Trail indicated.