Statue of Liberty Half Dollar 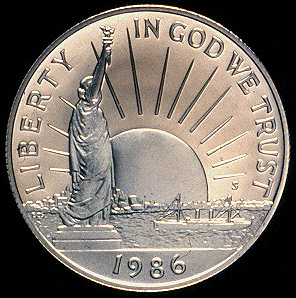 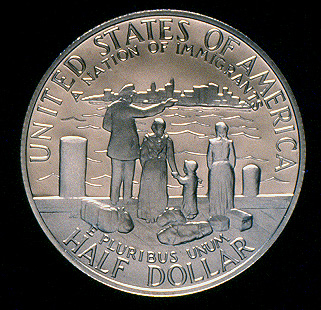 As specified in Public Law 99-61, the Statue of Liberty-Ellis Island Foundation, Inc. was to use the funds collected from coin sale surcharges to restore and renovate the Statue of Liberty and the facilities used for immigration at Ellis Island and to establish an endowment that would ensure the continued upkeep and maintenance of these monuments.

The obverse design of the coin features a side view of Liberty and back view of an immigrant ship steaming into New York harbor.

The reverse features a design of an immigrant family with their belongings on the threshold of America.