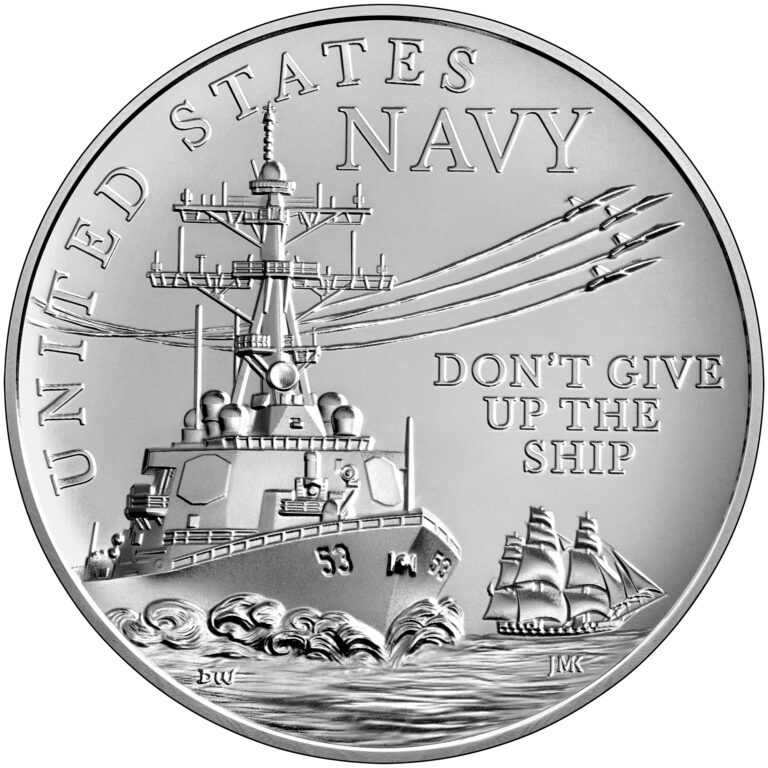 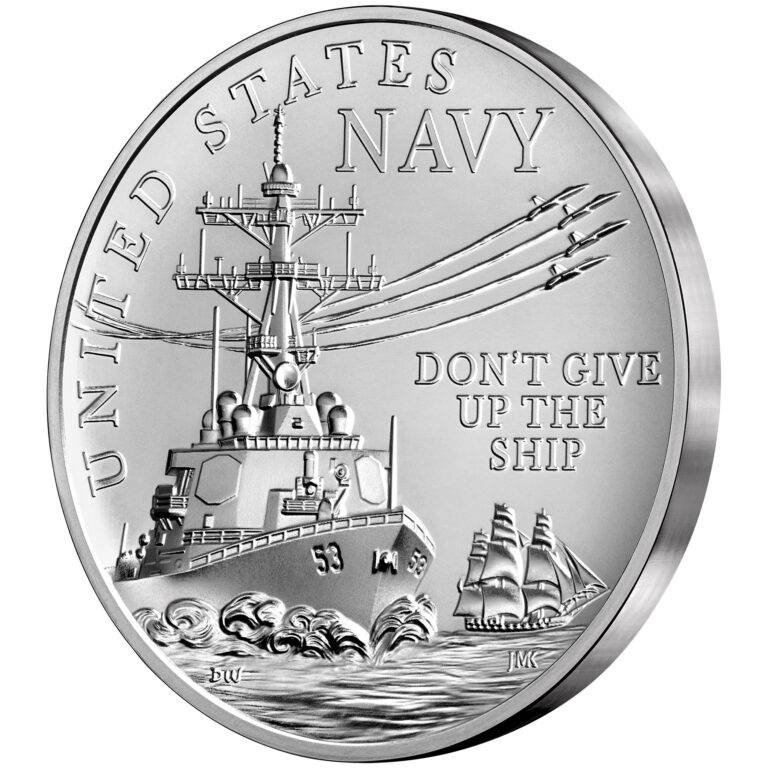 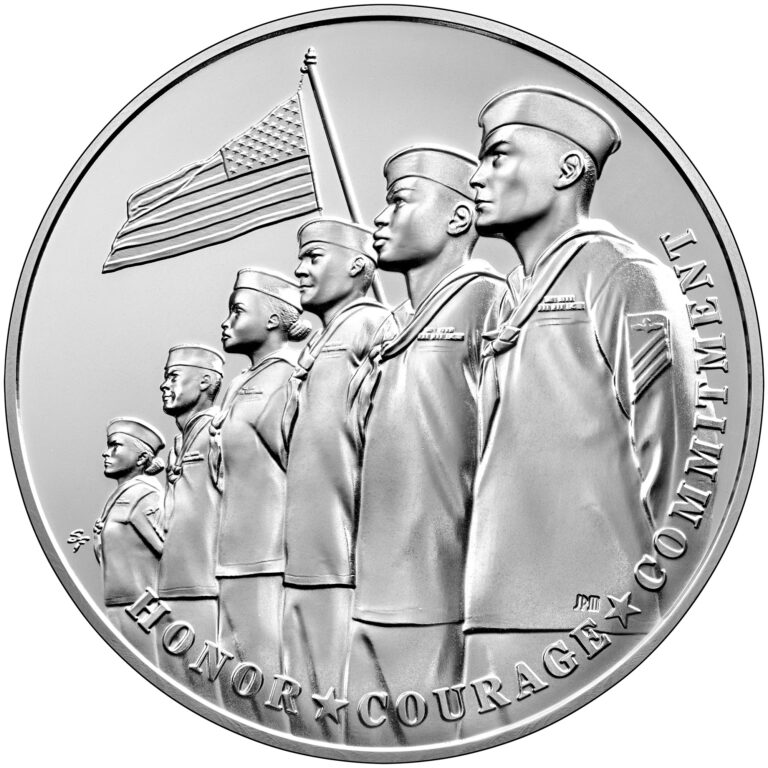 The designs featured on this medal are emblematic of the history and mission of the U.S. Navy. The obverse features a modern Navy destroyer and the historic U.S.S. Constitution. The inscription, “DON’T GIVE UP THE SHIP,” was spoken by mortally wounded Commander James Lawrence to his crew on the U.S.S. Chesapeake during the War of 1812. The inscriptions on the reverse are the Navy’s core values, “HONOR,” “COURAGE,” and “COMMITMENT.

The obverse depicts the U. S. Navy destroyer John Paul Jones cutting through the water while the U.S.S. Constitution sails behind it. An F-18 Hornet formation flies by, leaving smoke trails in the sky, paying honor to both ships.

The reverse features a line of sailors manning the rail while the American flag flies in the background.