In 2018, the United States Mint will release a coin honoring the 100th anniversary of American involvement in World War I. In order to have coins ready for the January 17 release date, the U.S. Mint hosted a ceremonial strike of the 2018 World War I Centennial Silver Dollar on November 28, 2017. The ceremony was held in the Proof Room at the United States Mint in Philadelphia. U.S. Mint Superintendent Dave Croft emceed the event, with U.S. Mint Chief of Police Dennis O’Connor speaking on behalf of the organization. Sponsors of the coin’s authorizing legislation also participated in the event, including U.S. Senator Roy Blunt (R-Missouri), U.S. Representative Emanuel Cleaver, II (D-Missouri), and U.S. Representative Doug Lamborn (R-Colorado).

“Every coin that the United States Mint produces helps to tell a story that teaches us about America’s history or connects us to a special memory,” emphasized Chief O’Connor during the 40-minute ceremony. “Each time a person looks at one of these commemorative silver dollars, it will serve as a reminder of the sacrifices made by more than four million Americans serving in the U.S. Armed Forces during the Great War. We are very proud to be a part of this effort.”

Special guests LeRoy Transfield and Don Everhart were recognized during the ceremony. LeRoy Transfield is a sculptor whose design won the national coin competition called for in the legislation. Don Everhart is the former Chief Engraver at the U.S. Mint. He completed the final sculpt of the coin before his retirement in August 2017.

Centennial Commission Chair Terry Hamby expressed great support for the coin’s mission. “World War I was the war that changed the world. Millions of families across our country were impacted by this war, and we all continue to be touched by it every day. This coin is a tangible way for those families, and for all people, to be a part of this special centennial period.”

The obverse design of the WWI Centennial Silver Dollar is titled “Soldier’s Charge,” and depicts an almost stone-like soldier gripping a rifle. Barbed wire twines in the lower right hand side of the design. The wire design element continues onto the reverse of the coin in a design titled “Poppies in the Wire,” which features abstract poppies mixed in with barbed wire. Barbed wire was part of the trench warfare of World War I, and poppies are the symbolic flower of veteran remembrance, a tradition that began during the war. 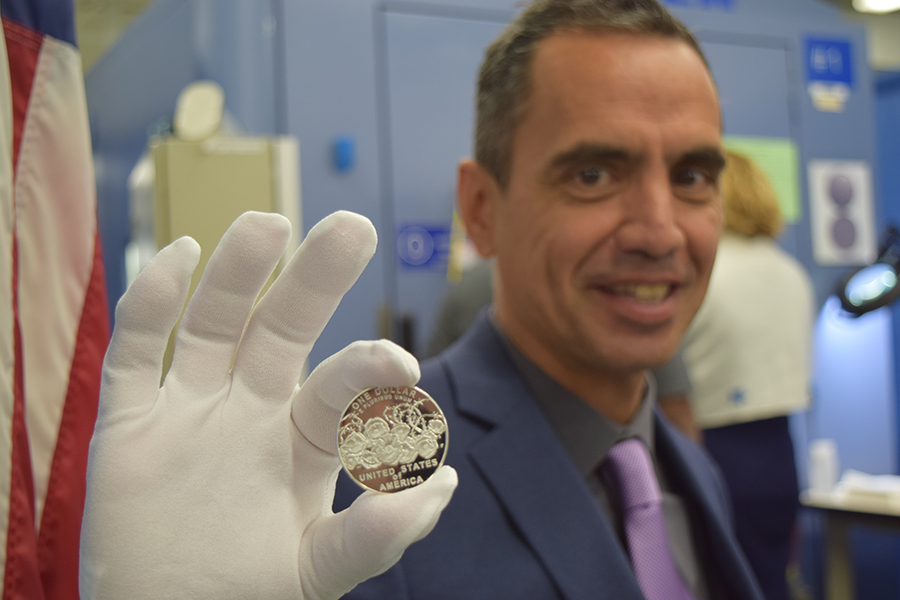 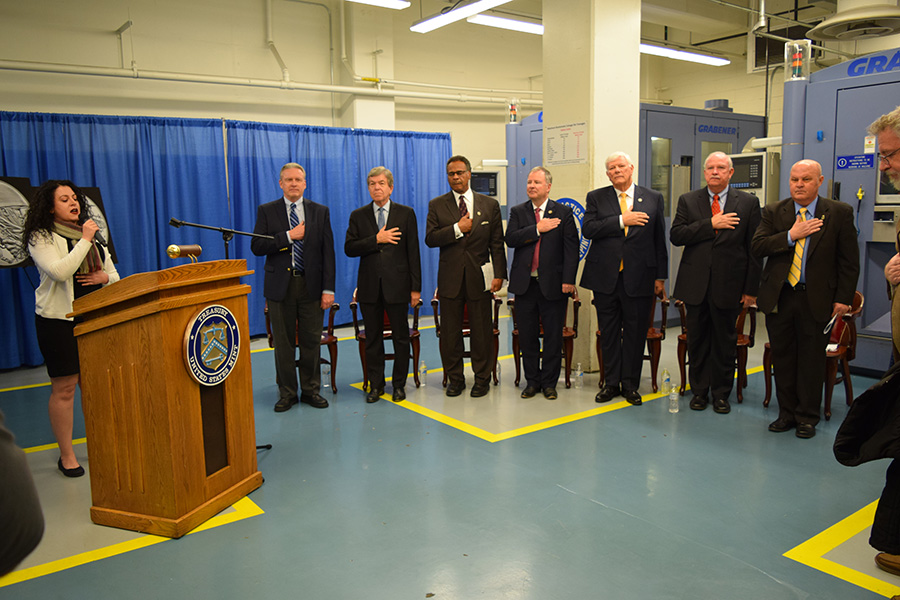 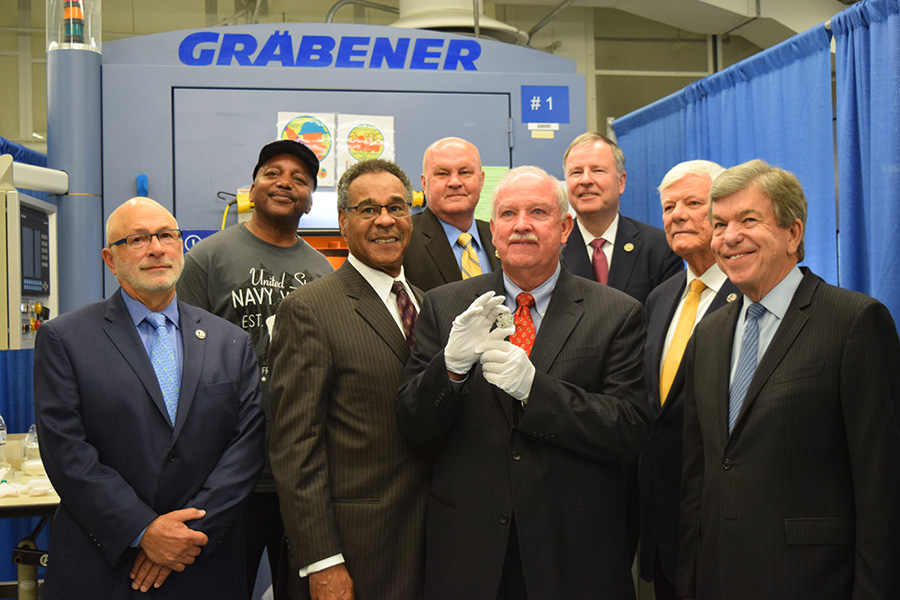 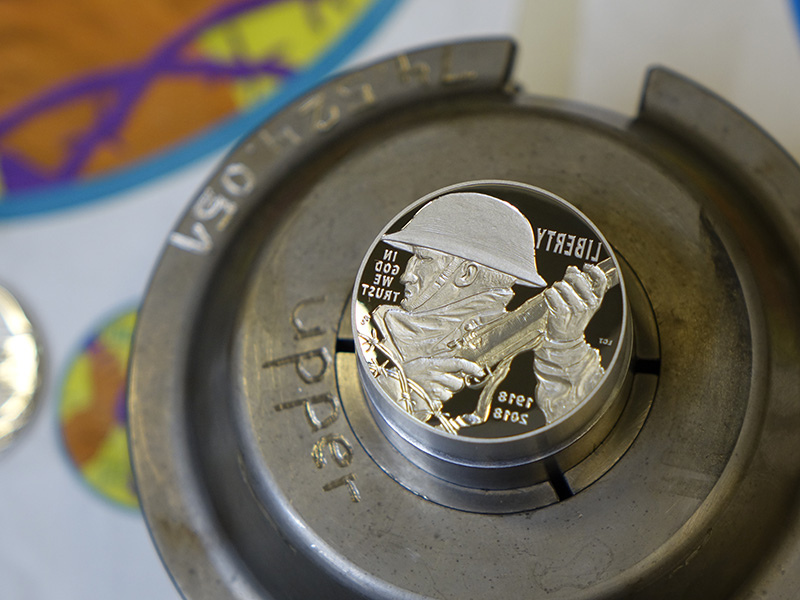 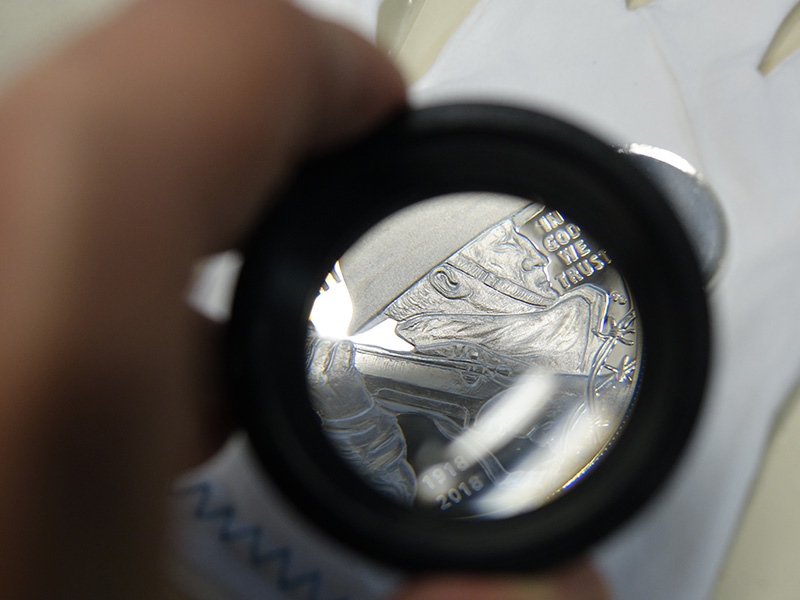 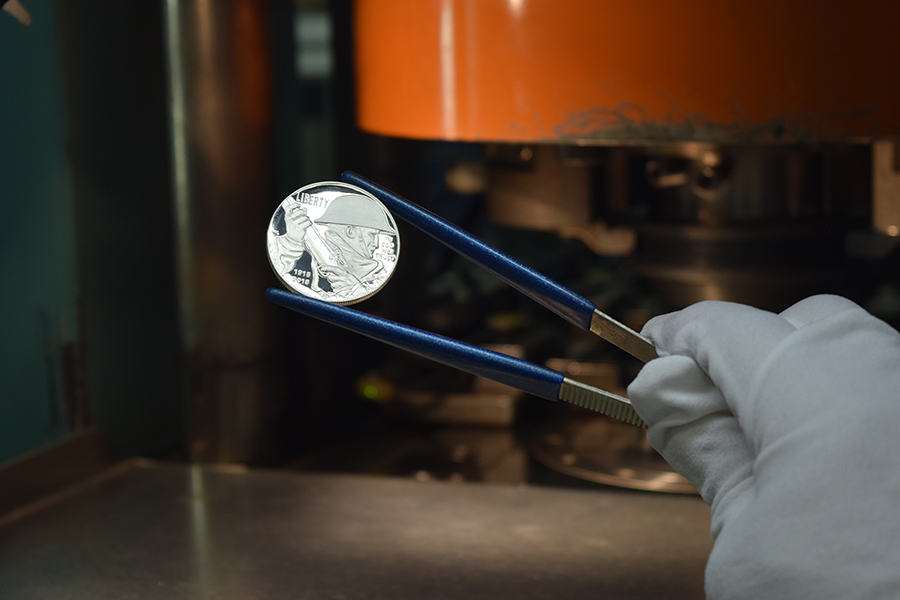 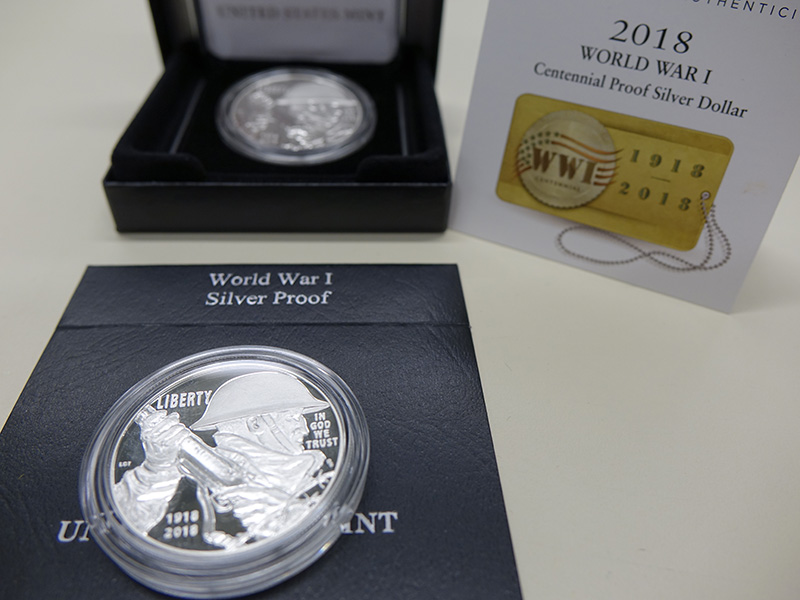