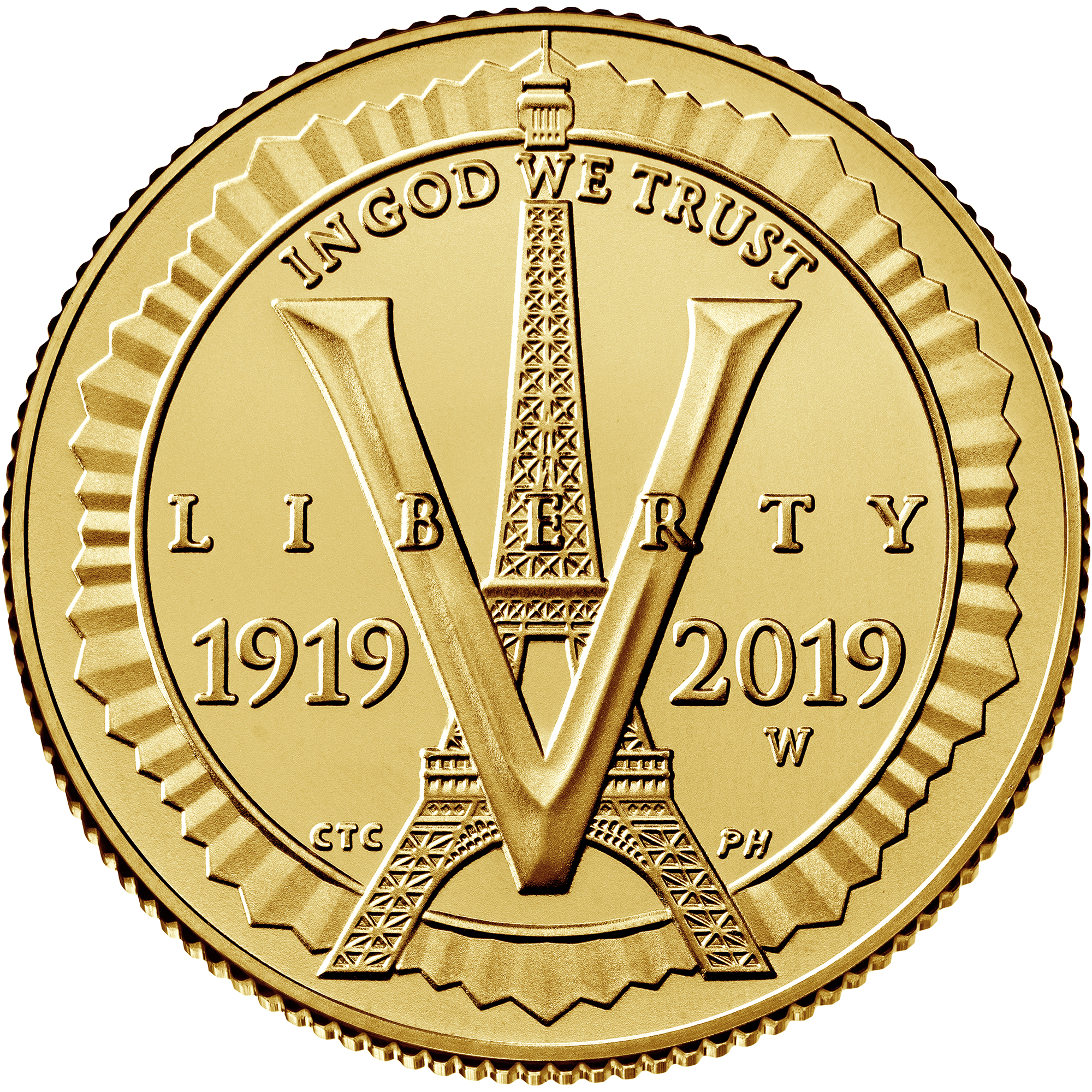 The Mint priced the gold coins according to its “Pricing of Numismatic Gold, Commemorative Gold, and Platinum Products” table at https://catalog.usmint.gov/coins/gold-coins. Introductory prices are in effect until April 15, 2019 at 3 P.M. EDT, after which regular pricing will take effect. Orders for the gold coins were limited to one per household for the first 24 hours of sales.

Later this year, the Mint will offer a limited edition American Legion Silver Dollar and American Veterans Medal Set (product code 19CQ) consisting of one American Legion Proof Silver Dollar and one 99.9% American Veterans silver medal. This set is limited to 10,000 units. The medal honoring veterans in this set will be struck in silver only for this set and will not be struck in silver again. A bronze version of the medal will be available in the future.

The American Legion 100th Anniversary Commemorative Coin Act (Public Law 115–65) authorizes the United States Mint to strike and issue up to 50,000 $5 Gold Coins, 400,000 Silver Dollar Coins, and 750,000 Clad Half Dollar Coins. Each coin is available individually, with a proof or uncirculated finish. In addition, the Mint is offering a Three-Coin Proof Set with a product limit of 7,500 units.

Coin prices include surcharges of $35 for each gold coin, $10 for each $1 silver coin and $5 for each half-dollar coin. Surcharges collected from all coin sales are authorized to be paid to the American Legion to support the Legion’s programs for veterans, members of the Armed Forces, and other purposes specified by the authorizing legislation.