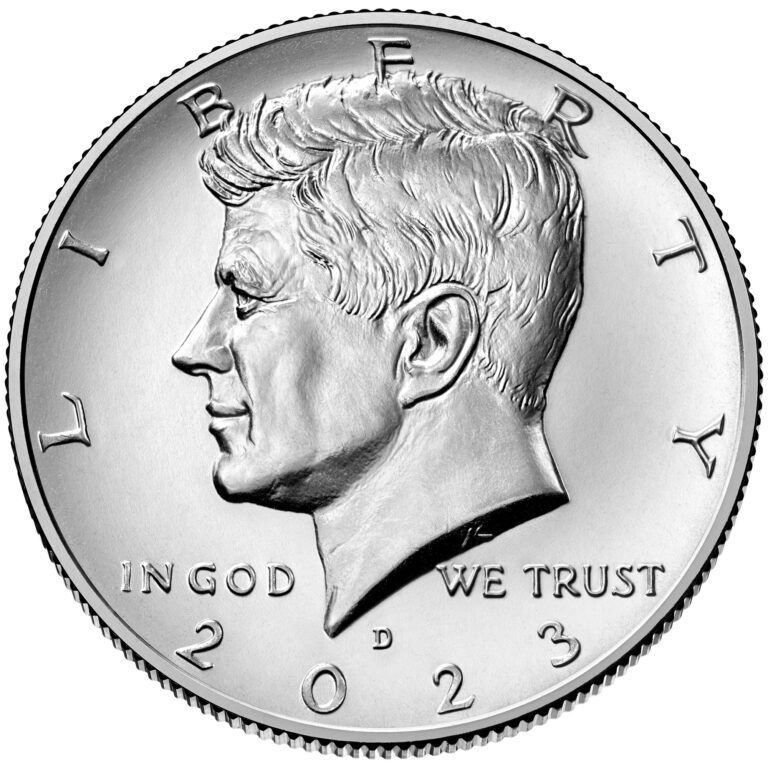 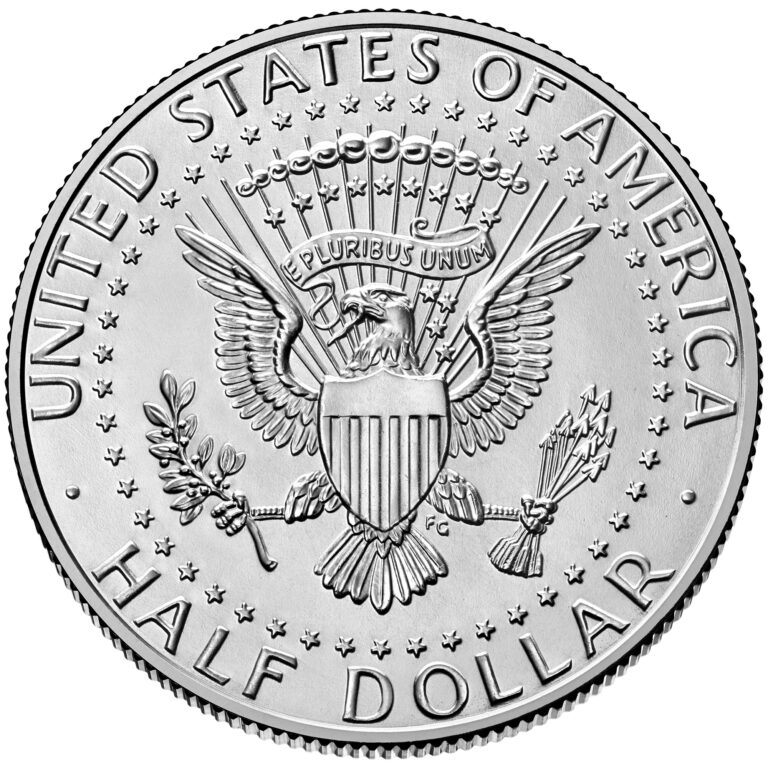 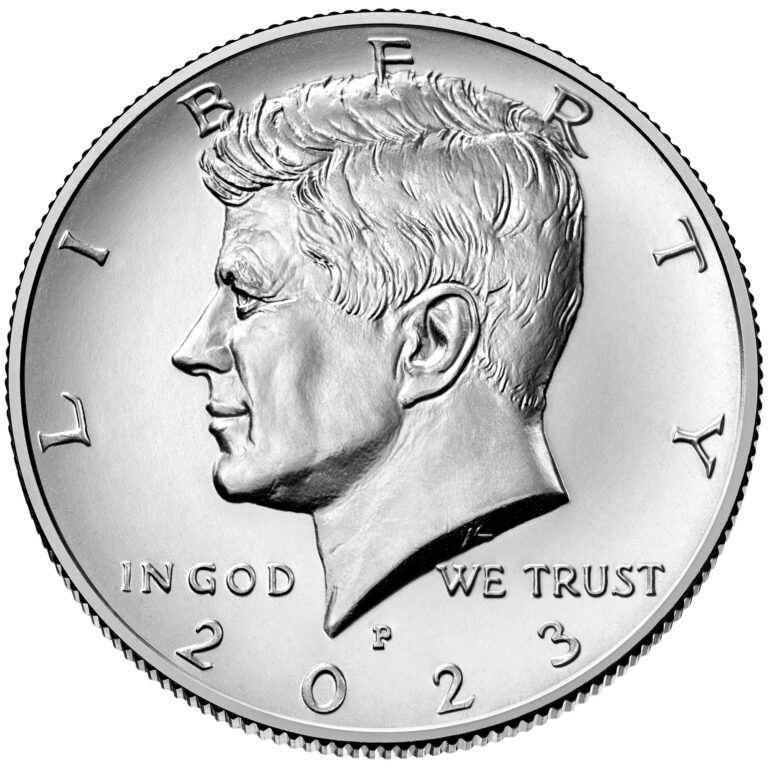 The “Kennedy” theme is the current design of the U.S. 50-cent coin. The U.S. Mint first issued this design in 1964, a year after the assassination of President John F. Kennedy. The obverse (heads) shows an image of Kennedy based on a portrait prepared for his presidential medal. The Presidential Seal appears on the reverse (tails).

The Mint made the first half dollar in 1794 of silver. The designs from 1794 to 1947 showed a woman symbolizing liberty on the obverse and an eagle on the reverse. 1947 was the last year that Liberty appeared on a U.S. circulating coin.

From 1916 to 1947, the Mint produced the “Walking Liberty” half dollar designed by Adolph A. Weinman. Weinman also designed the iconic Mercury dime. The obverse shows the figure of Liberty walking with her right arm extended and holding laurel and oak branches in her left. She’s draped in the folds of the American flag while the sun rises in the background. The reverse features an eagle with unfolded wings perched on a rock. A pine branch grows from the rock.

In 1948, an image of Benjamin Franklin replaced Liberty on the obverse of the half dollar. The reverse depicted the Liberty Bell in Philadelphia.

The Kennedy Half Dollar was issued in 1964 and continues to today, except for a brief period in the 1970s. A temporary reverse featuring Independence Hall in Philadelphia appeared in 1975 and 1976 to celebrate the bicentennial of the Declaration of Independence.

In 1971, the Mint removed silver from the half dollar and the composition became copper-nickel clad.

Since 2002, half dollars have been minted primarily for annual coin sets and other numismatic products. However, the Federal Reserve may still order them for circulation.

Obverse (heads): Shows a profile of President John F. Kennedy based on a portrait prepared for his presidential medal.

Reverse (tails): Depicts the Presidential Seal. It consists of a heraldic eagle with a shield holding an olive branch and a bundle of 13 arrows. The olive branch symbolizes peace and the arrows symbolize war. A ring of 50 stars to represent the states surrounds the design.