America in the War 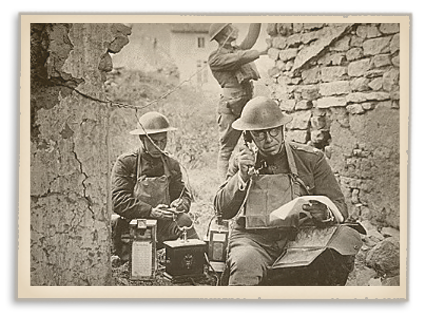 Nearly 100 years ago, the United States of America entered World War I, not only to protect its diplomatic and economic interests, but also, in the words of President Woodrow Wilson, to “make the world safe for democracy.” More than four million American men and women served in uniform during World War I. Millions more made sacrifices in support of the war effort.

To commemorate the centennial of America’s involvement in World War I, the United States Mint is calling on American artists to design a coin, to be issued in 2018, that will honor the accomplishments of heroes on the frontline and the home front. The coin will serve as a tribute to the bravery, actions and sacrifices of Americans a century ago, while providing a tangible touch point for generations to come.

On June 28, 1914, the assassination of Archduke Franz Ferdinand of Austria changed the world forever. Nations rose and fell, and when the dust settled, America found itself thrust onto the world stage. Although the U.S. did not enter World War I until 1917, it played a pivotal role in the conflict, providing resources and troops that led to an Allied victory. The after-effects of the war rippled through the world and in the United States, a powerful economy, a mobilized workforce, and the contributions of its citizens created a new world power.

Advancements in Technology and the High Stakes

World War I saw unprecedented growth in technological advancements that made it one of the bloodiest wars in history. For the first time, soldiers on both sides used chemical weapons such as mustard gas and chlorine gas. War took to the skies in the form of zeppelins, bombers and fighter planes, while at sea, submarines proved a significant tactical advantage for the Germans and their allies. On land, the introduction of tanks, barbed wire and the use of trenches led to some of the most gruesome fighting, bayonet to bayonet, soldiers covered in mud and blood. With this new war technology, the stakes were higher than ever, making America’s involvement even more important.

Why America Joined the War

Two events forced the U.S. to join the war. The first was Germany’s unrestricted submarine warfare. On May 7, 1915, a German submarine sunk the British ocean liner RMS Lusitania, killing 1,198 passengers including 128 Americans. This was the catalyst that changed public opinion on America’s neutrality. The tipping point came on February 24, 1917 with a message known as the “Zimmermann Telegram.” British intelligence intercepted a secret telegram from Germany to Mexico, stating that if Mexico joined the Central Powers, they would be rewarded with American territory. These two events caused outrage among the American public and led President Woodrow Wilson to ask Congress to formally declare war on April 2, 1917. 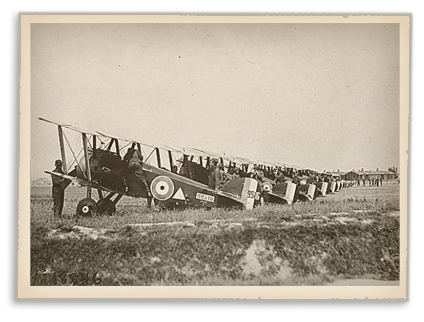 1917 marked the third year of World War I. The war that soldiers and politicians originally thought would be over by Christmas of 1914, had sprawled into a titanic campaign, resulting in massive casualties on all sides. With no end in sight and Russia extremely weakened, Tsar Nicholas II was forced to abdicate the throne and by the end of 1917, Russia had begun negotiating an armistice with Germany. With Russia out of the way, Germany could then focus all of its resources on France and Great Britain.

In early 1917, America had a strong economy and Navy, but the Army needed to be revitalized. While many means were used to bring in recruits, including propaganda and mandatory conscription, a great number of men freely volunteered to serve. America raised and trained a significant fighting force that proved to be pivotal in Europe. In April of 1917, the U.S. Army was made up of about 200,000 men, but by August of 1918, that number grew to a sizable fighting force. America was now in a position to tip the scales of war in favor of the allies.

Led by General John Pershing, the Americans set their sights on France as they moved men and resources to support their British and French allies. In an effort to end the war before U.S. troops arrived, the Germans launched the 1918 Spring Offensive, a series of attacks meant to wipe out British and French forces. The Americans arrived in France in time to counteract this attack; however, they sustained heavy casualties. The Battle of Cantigny was the first successful American offensive of the war and demonstrated the strength of the American forces. This was quickly followed by the Battle of Belleau Wood, a grinding back-and-fourth siege that lasted nearly all of June, 1918. The Germans were successfully driven out of the region in one of the bloodiest battles fought by the American troops. Americans suffered thousands of casualties in the battle. Later that summer, the decisive victory at the Second Battle of the Marne proved to be a turning point in the war as the U.S. and its allies launched a counterattack called the “Hundred Days Offensive.” This began the Allied advance which ended when the armistice took effect.

World War I Comes to a Close

On November 11, 1918, at 11 a.m., the Allies entered into an armistice with Germany, ending World War I. Altogether, American forces suffered enormous casualties. More than 116,000 soldiers were killed and more than 200,000 were wounded. World leaders met in Paris to pursue peace talks, resulting in the Treaty of Versailles, which was signed on June 28, 1919. The world was at peace, and if not for the sacrifices of ordinary Americans everywhere, the outcome could have been far different.

The Legacy of WWI: Women in the Workforce, African-American Heroes, and the Code Talkers

World War I required the entire nation to get behind their armed forces, and while the men were fighting, women were encouraged to join the workforce as a way to support the economy, their families, and their men overseas. This broke from the traditional roles women had played up to this point and proved that they could not only handle, but excel in jobs typically reserved for men. This war saw the first enlisted women, the Navy’s Yeomanettes. The Yeomanettes served as electricians, cryptographers, ammunition makers and worked in many other roles.

Similarly, African-Americans contributed in the trenches and on the home front. Members of African-American units, including the Harlem Hellfighters of the 369th Infantry Regiment, served their country honorably and earned the French Croix de Guerre for their bravery in battle. On the home front, African-Americans started filling in the vacancies of jobs that had previously been unavailable to them as a way to support the economy. After the war, many moved north and this migration brought African-American culture to new cities, spurring the Jazz Age and the Harlem Renaissance. The African-American community’s involvement in World War I helped make an Allied victory possible, and while race relations still suffered, their contributions in the war earned them a new-found respect.

Native Americans also played a crucial role in the war as soldiers and as code talkers. It is estimated that more than 12,000 Native Americans served in the U.S. military in World War I. The Native American soldiers were asked to develop and use secret battle codes using their native languages to communicate troop movements and enemy positions. These code talkers hailed from many different tribes all over America, and thanks to their efforts, enemy forces never broke their codes.