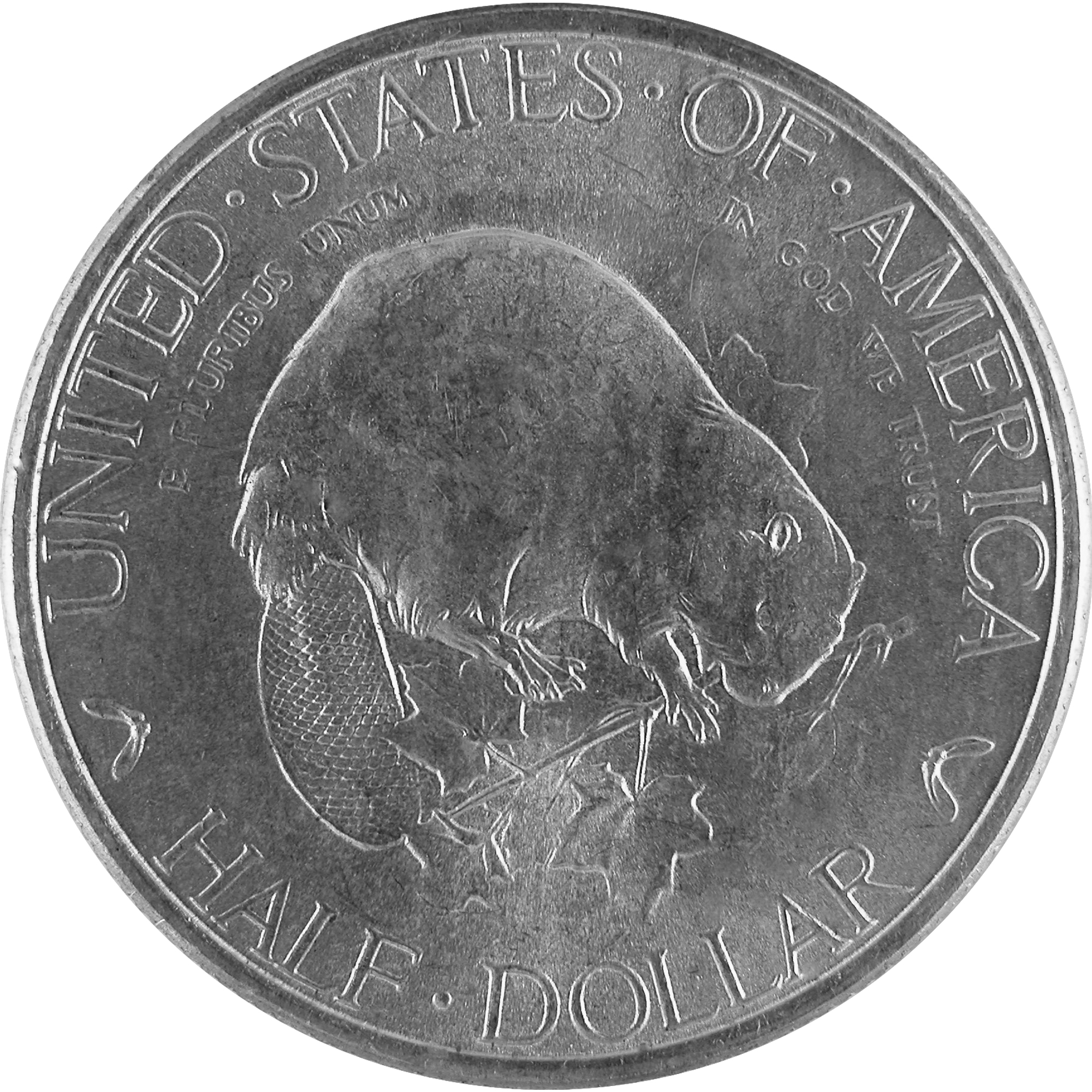 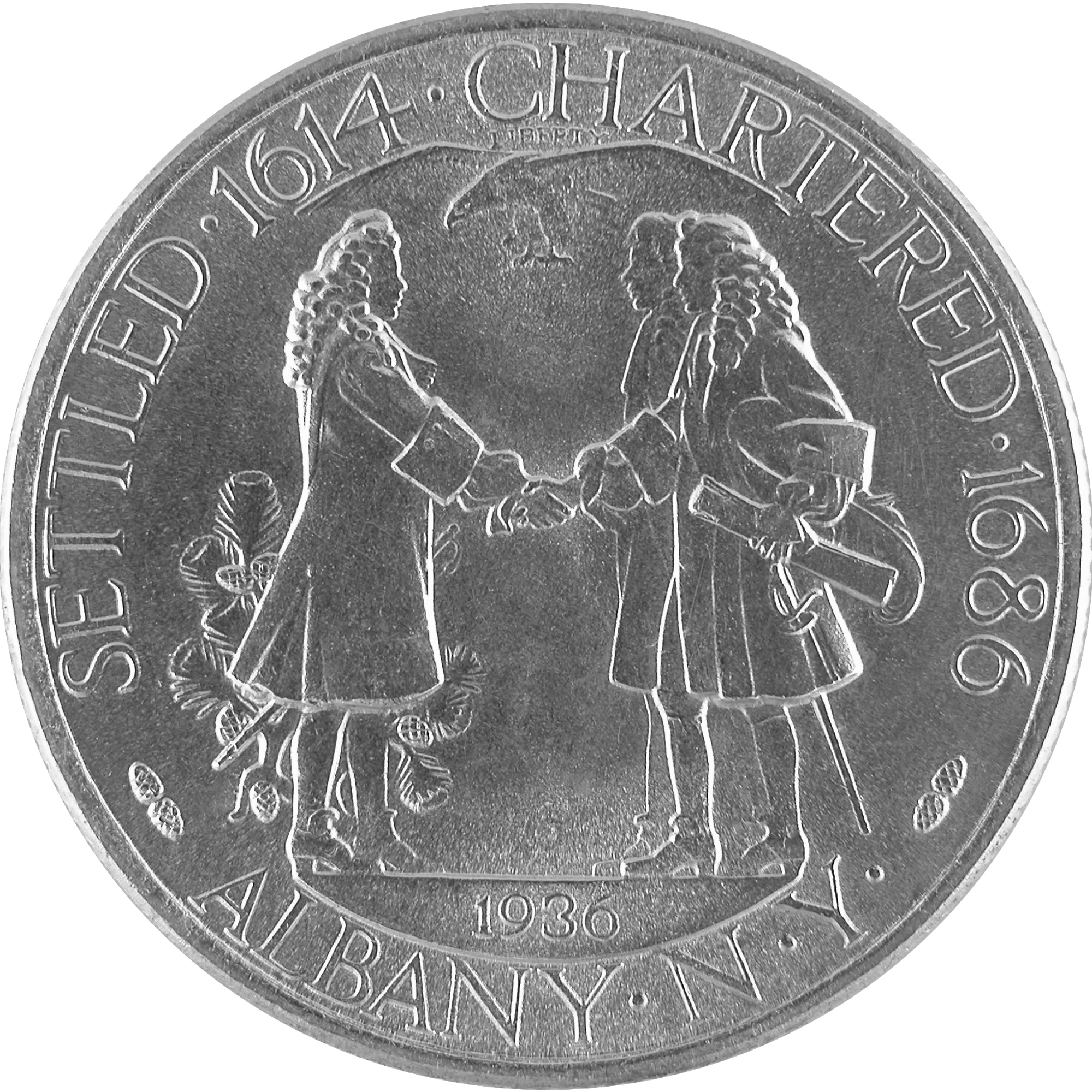 The Albany, New York Charter Half Dollar was released in 1936 to commemorate the 250th anniversary of the city’s charter.

The obverse design features a beaver with a branch of maple seeds.

The reverse features a full-length portrait of Sir Thomas Dongan, Colonial Governor, presenting a charter to Peter Schuyler, Albany's first mayor, and Robert Livingston. Also pictured is an eagle in flight above the men, a pine branch, and cones.