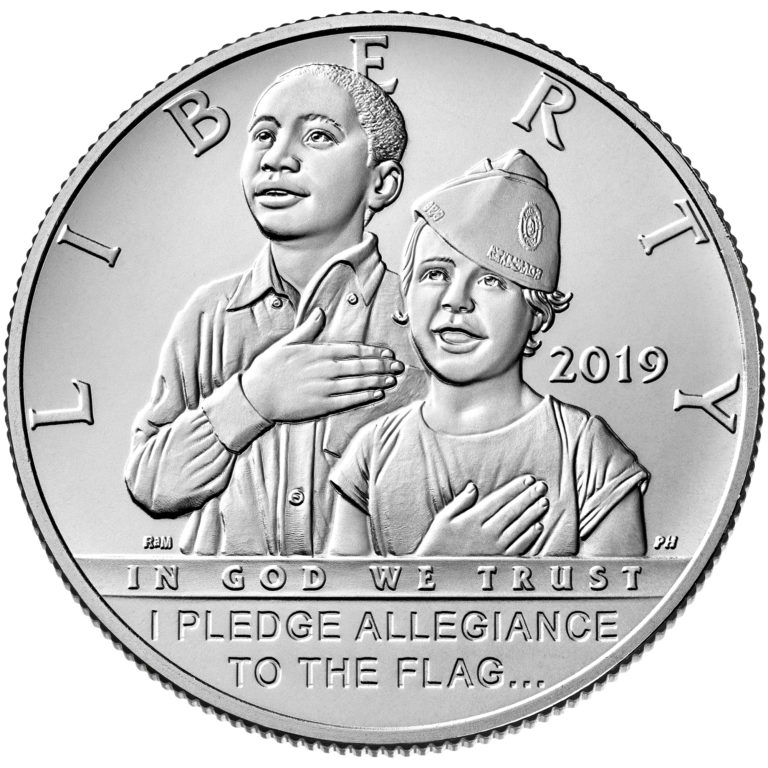 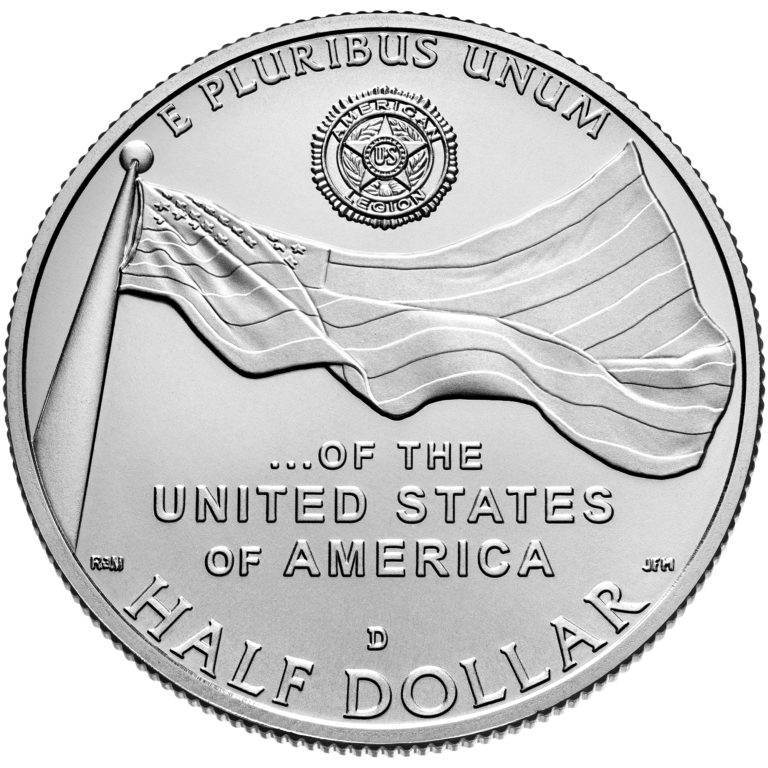 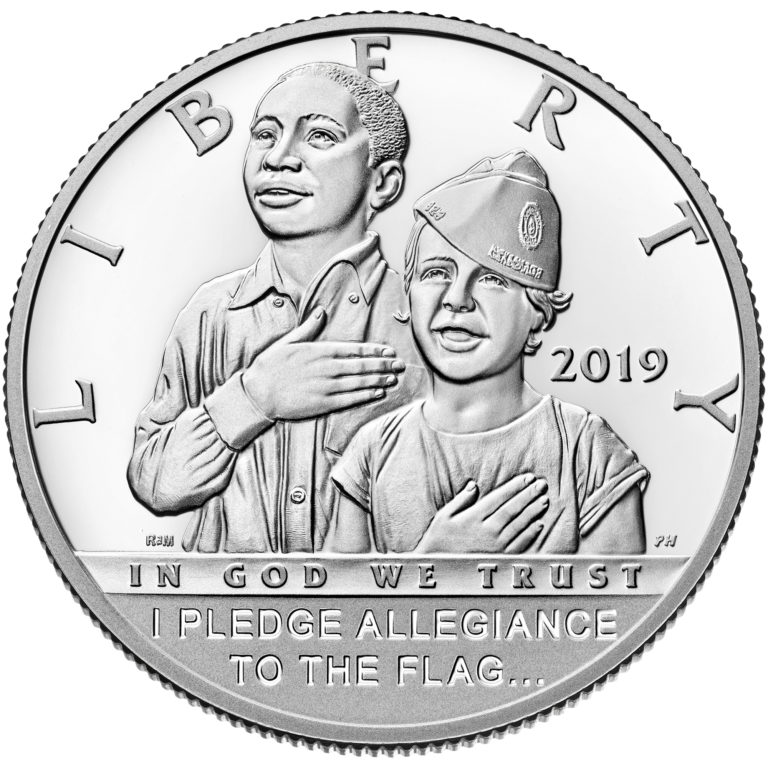 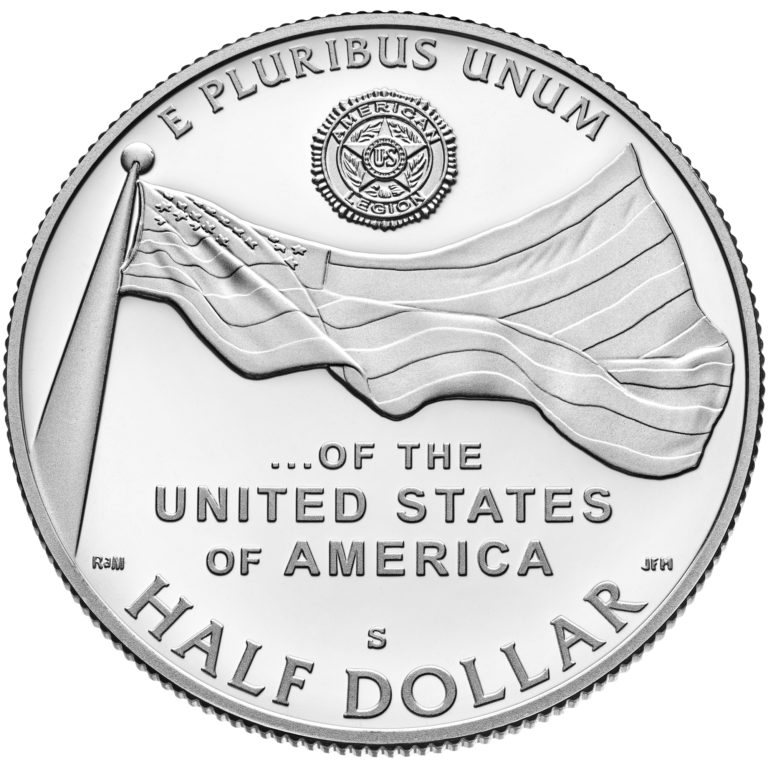 The price of each clad half dollar coin includes a surcharge of $5, which the law authorizes to be paid to The American Legion to support the Legion’s programs for veterans, members of the Armed Forces, and other purposes specified by the authorizing legislation.

The reverse (tails) design completes the phrase from the obverse “I pledge allegiance to the flag… of the United States of America.” The design depicts an American Flag waving atop a high flagpole as seen from the children’s point-of-view from the ground below. The American Legion’s emblem is featured just above the flag.