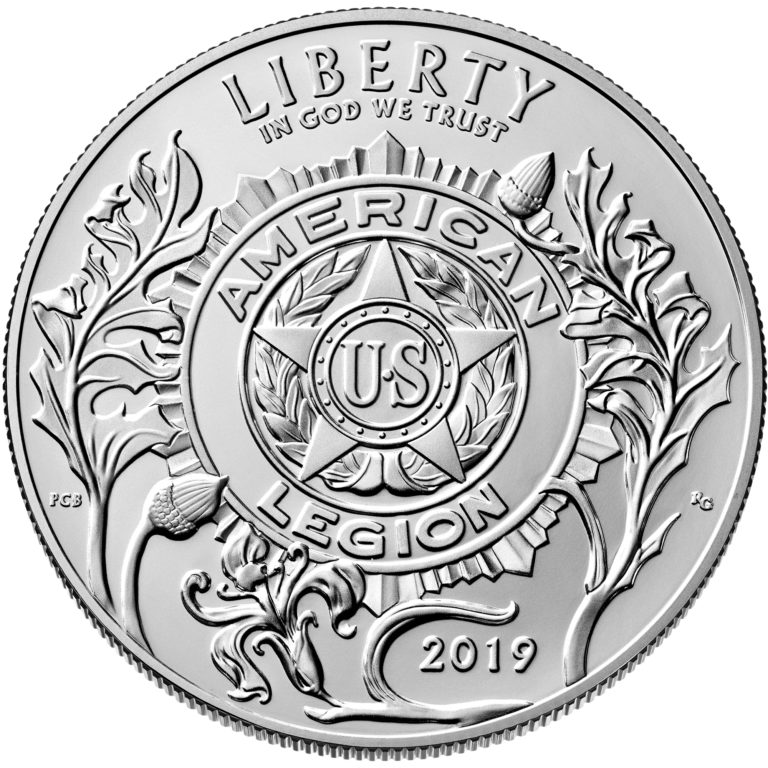 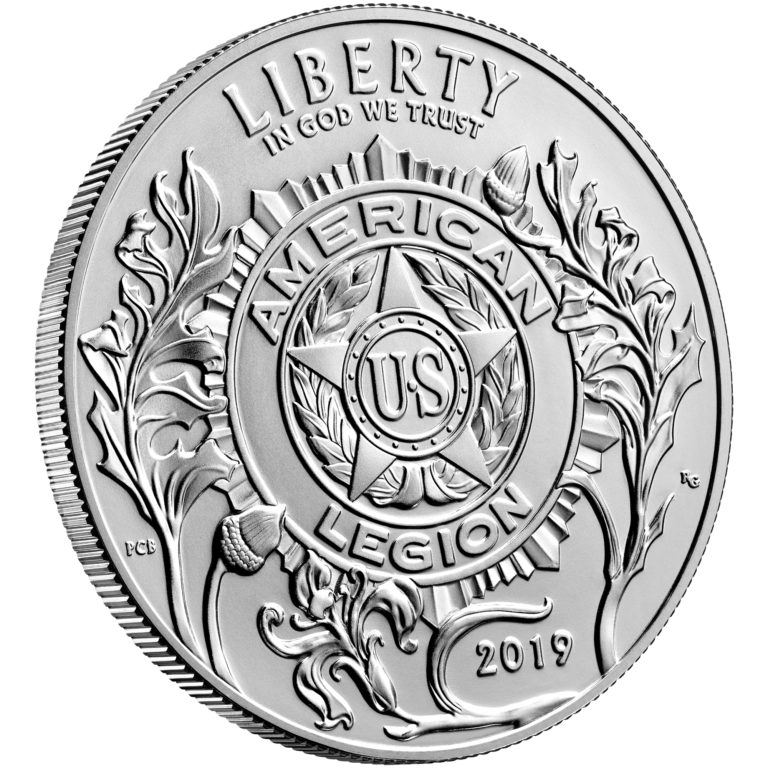 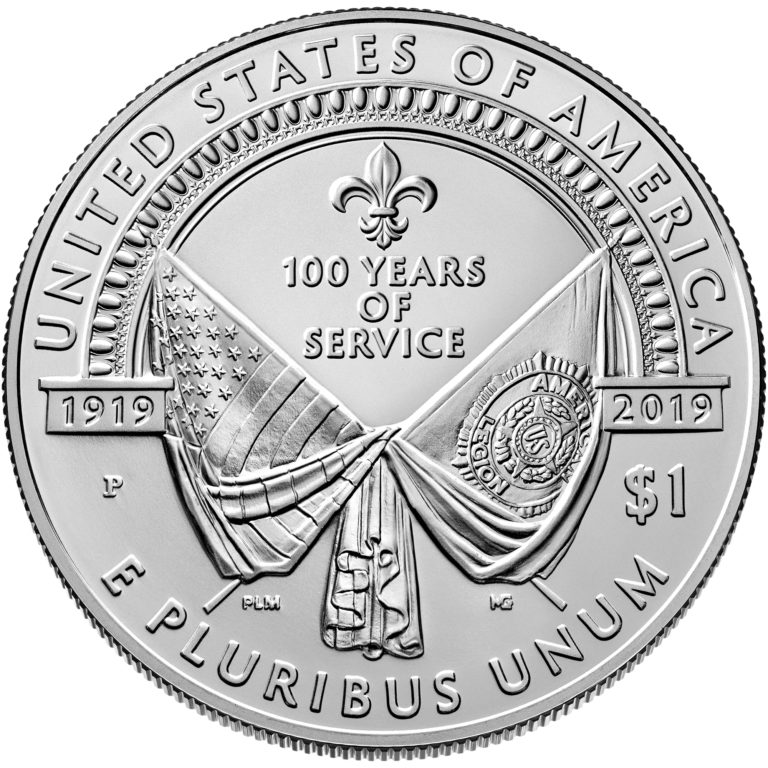 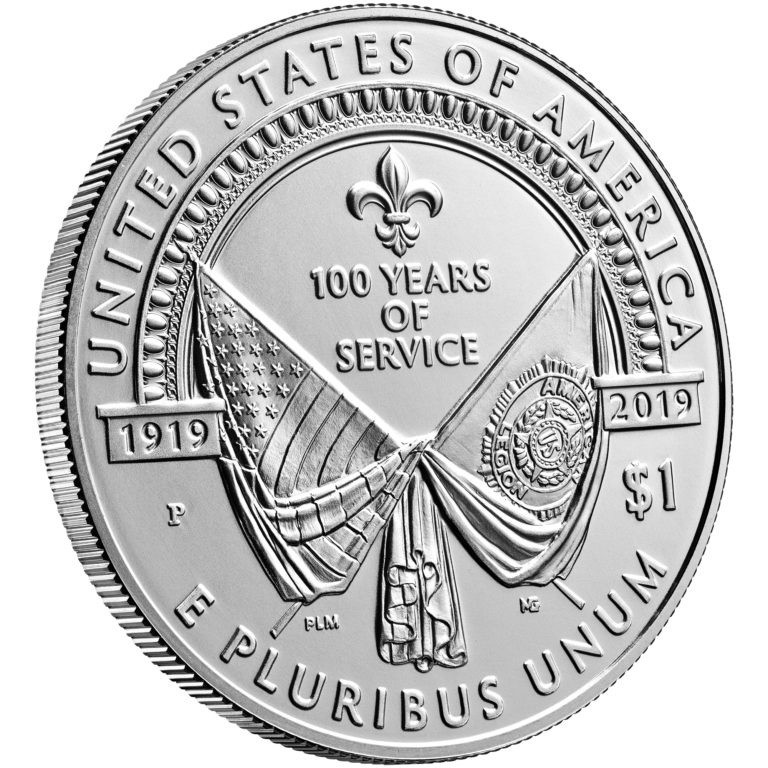 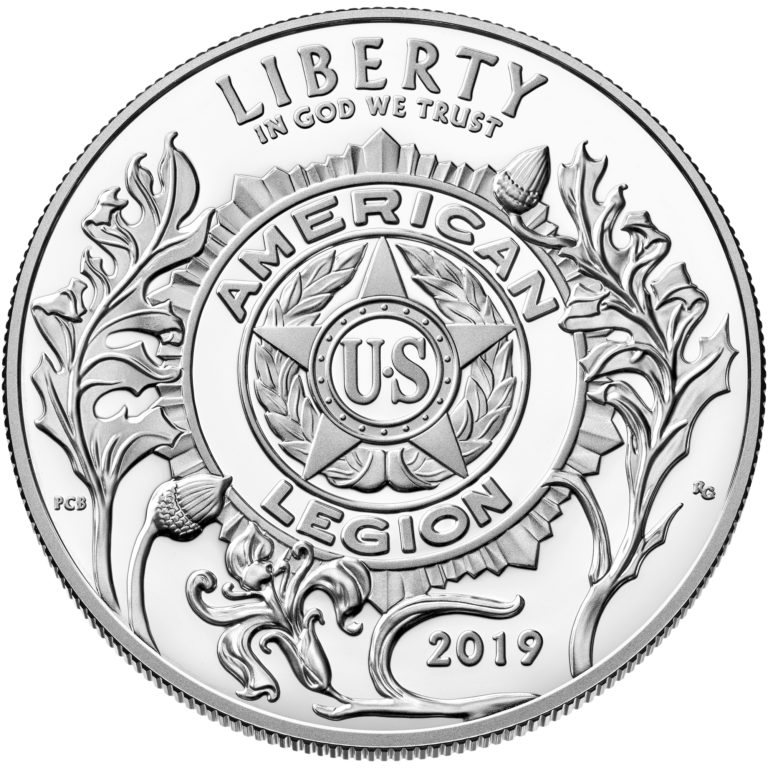 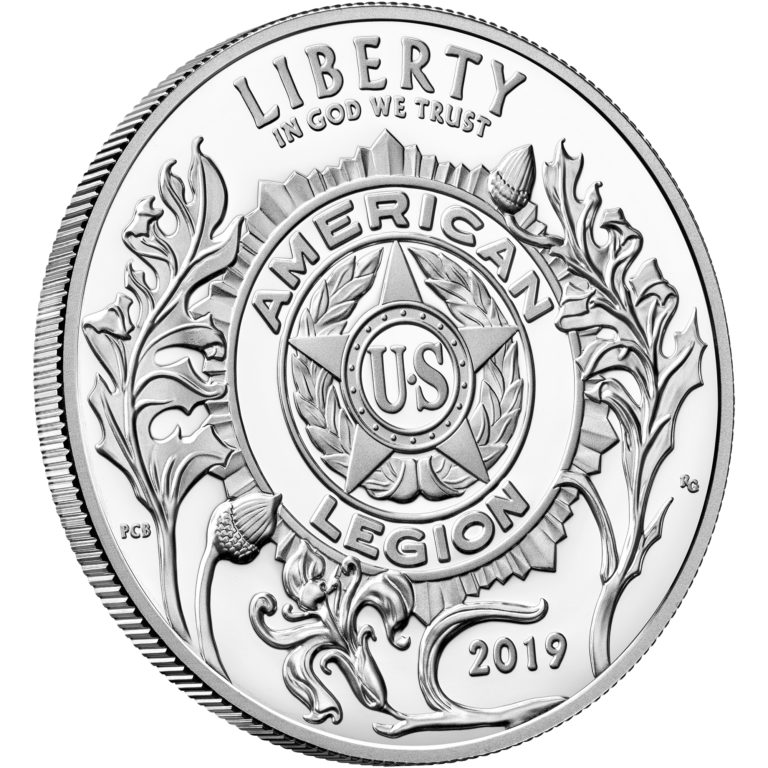 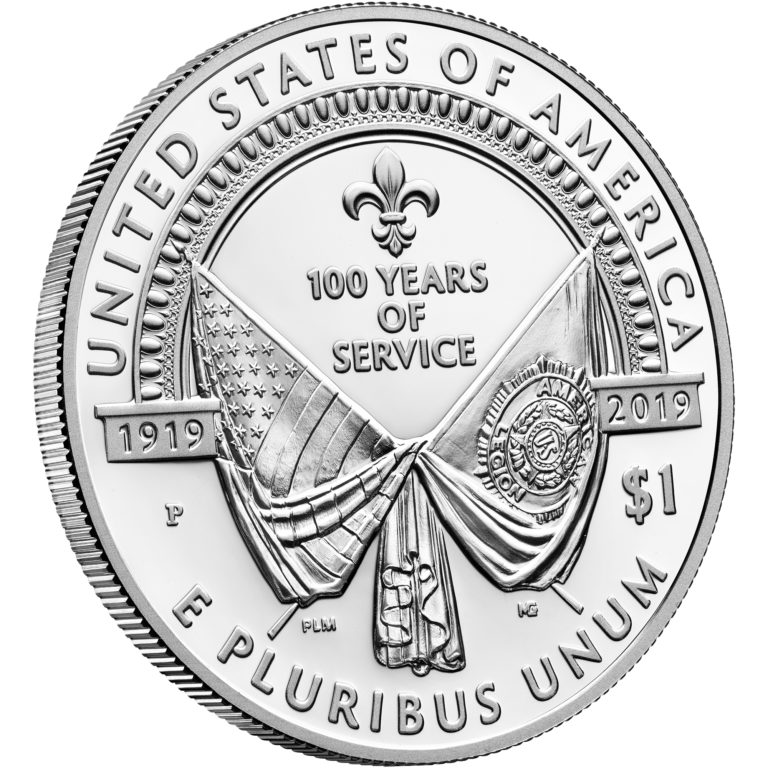 The price of each silver dollar coin includes a surcharge of $10, which the law authorizes to be paid to the American Legion to support the Legion’s programs for veterans, members of the Armed Forces, and other purposes specified by the authorizing legislation.

The reverse (tails) design represents the founding of the American Legion in Paris in 1919. Above the crossed American and American Legion flags is a fleur de lis and the inscription “100 Years of Service.”