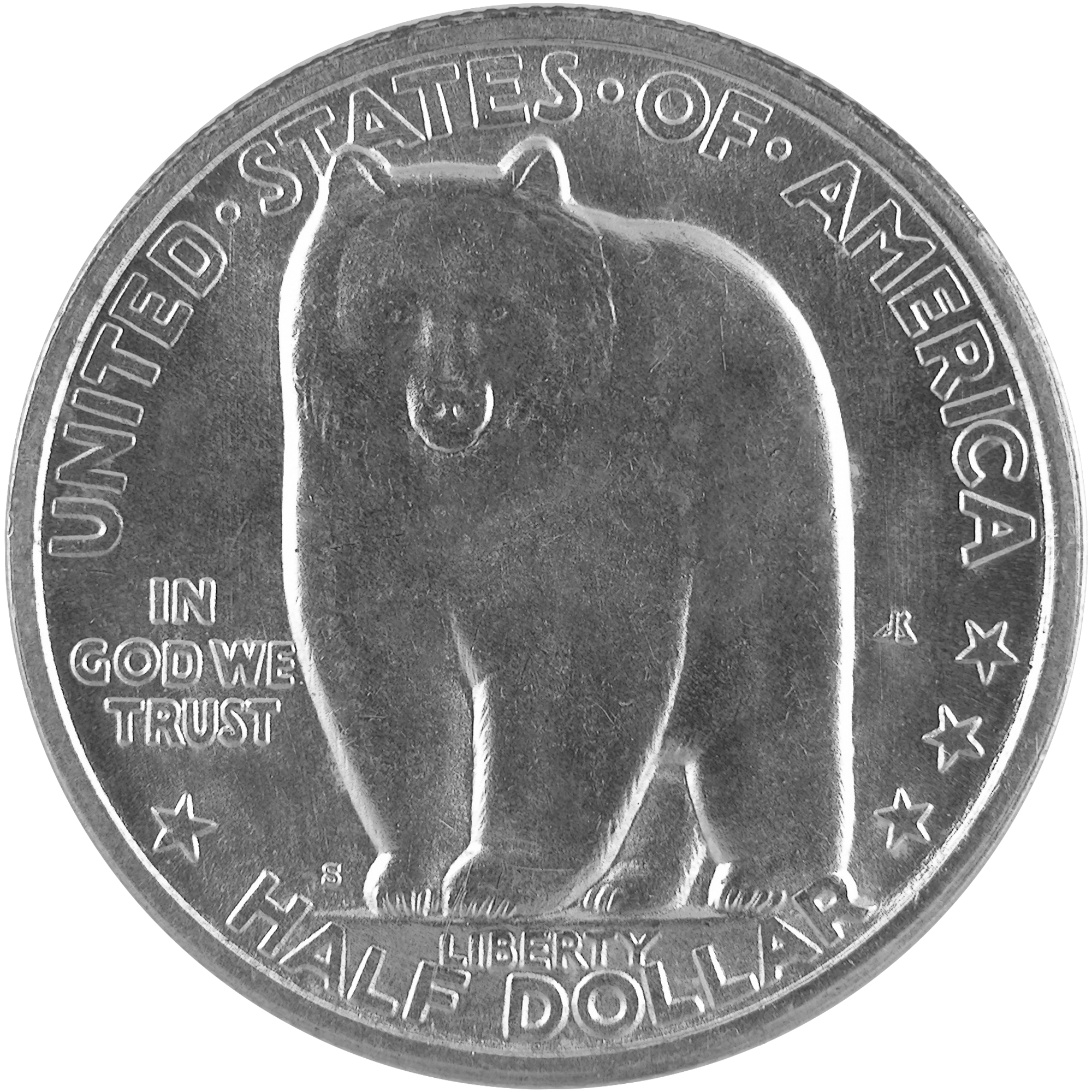 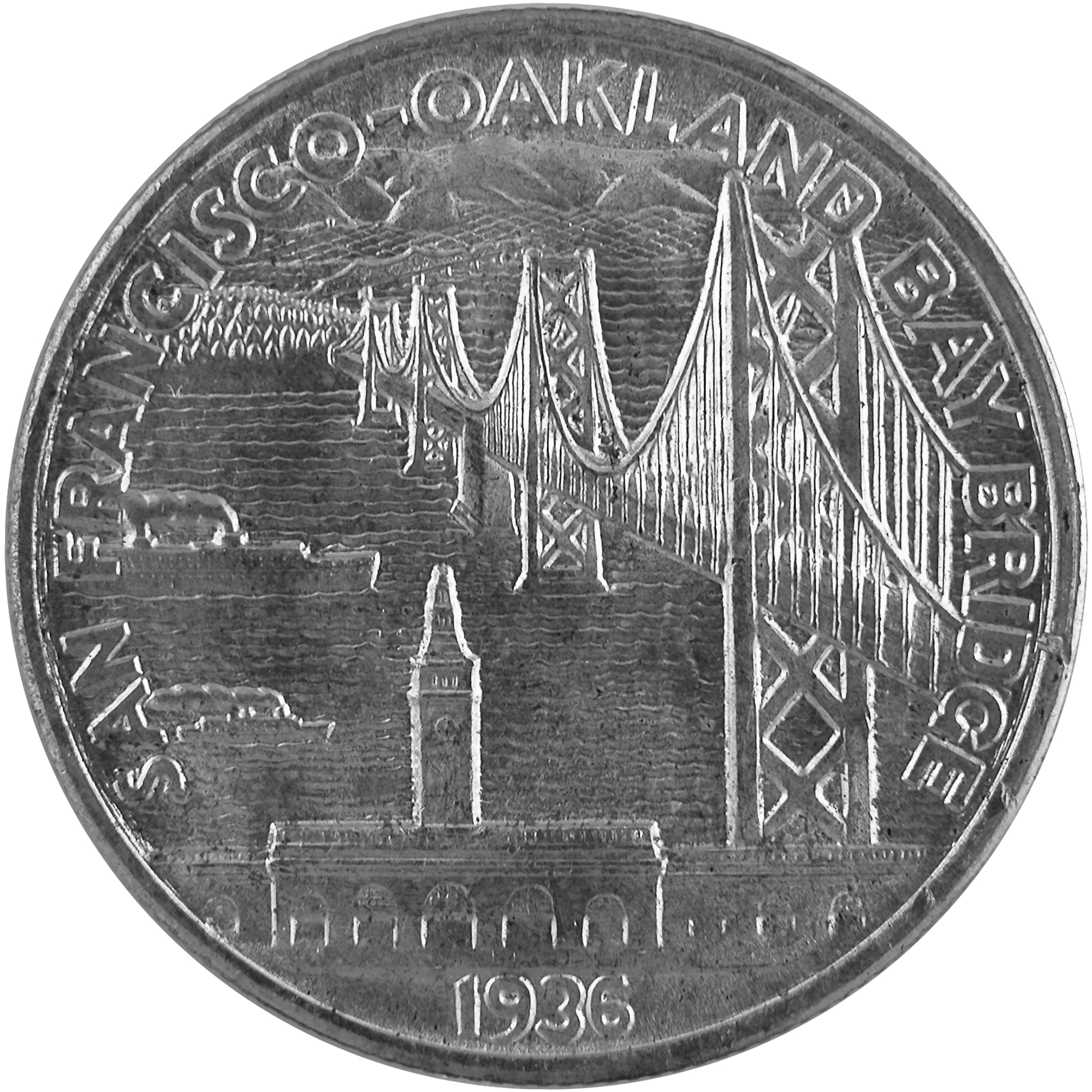 The San Francisco-Oakland Bay Bridge Half Dollar was released in 1936 to commemorate the opening of the bridge that year.

The obverse design features a grizzly bear, the symbol of California.

The reverse features a view of the bridge with the historic Ferry Tower in the foreground, Yerba Buena Island and East Bay Hills in the distance.