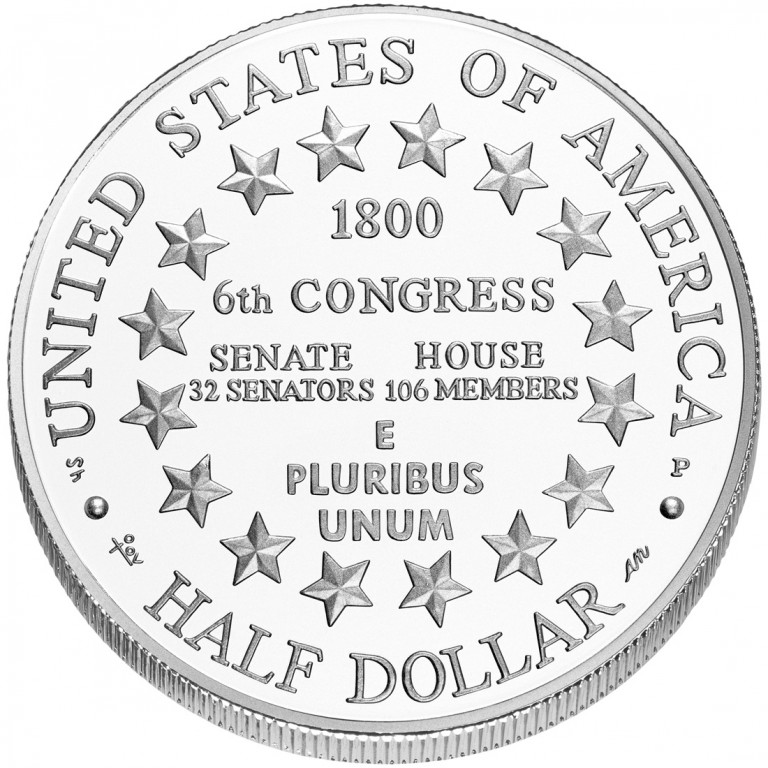 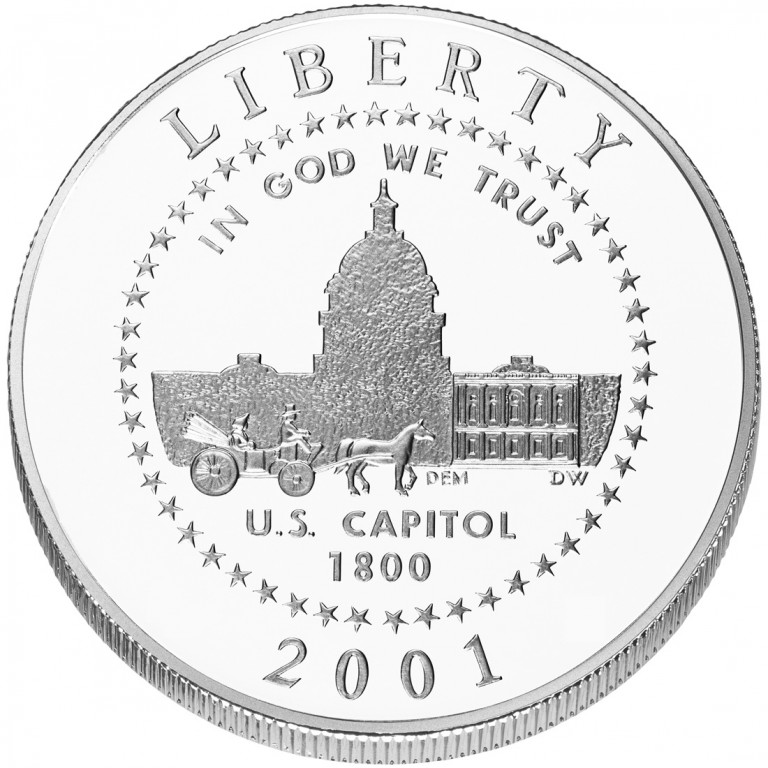 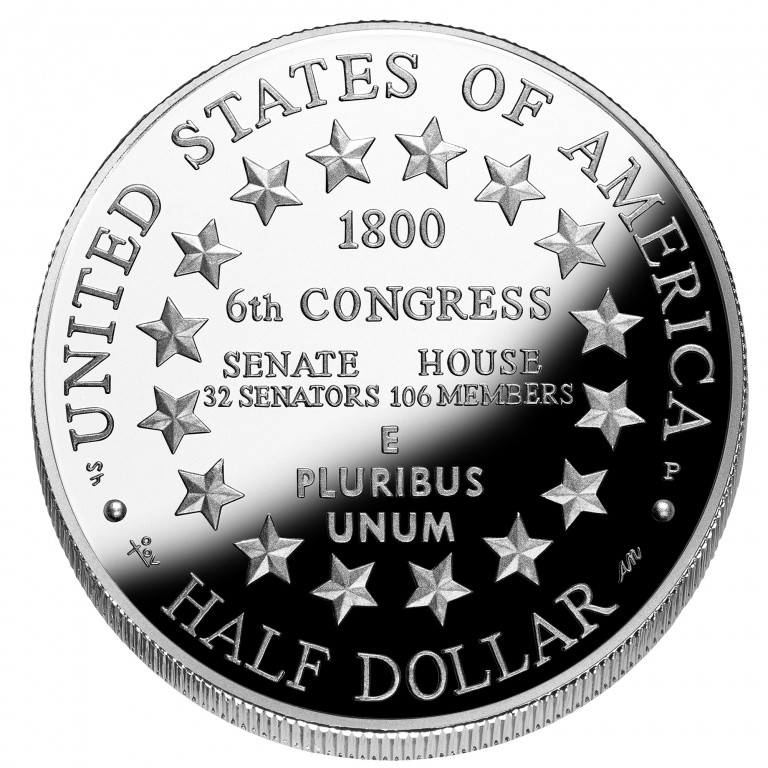 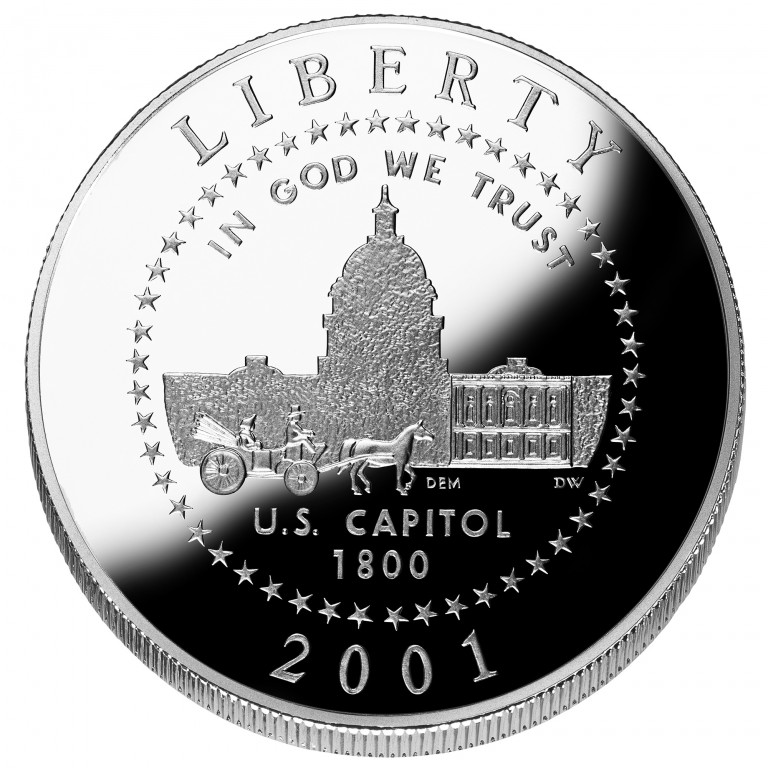 The Clad Half Dollar obverse was designed by Dean McMullen, a semi-retired free-lance graphic designer and formerly a staff artist with an advertising agency. He also designed the 1993 Bill of Rights one dollar and half dollar reverses, the 1994 World Cup Soccer Silver Dollar obverse, as well as the World Cup Soccer Gold Five Dollar, Silver Dollar and Clad Half Dollar reverses.

The Clad Half Dollar reverse is a composite of designs by Alex Shagin and Marcel Jovine.

Born in Russia, Mr. Shagin designed commemorative coins and medals for the Leningrad Mint in the 1970s, including Peter the Great 300, Michelangelo 500, Apollo Soyuz, and the Moscow Olympics.

The reverse features 16 stars-representing the 16 states that existed in 1800 - around the center, with inscriptions recognizing the 32 Senators and 106 House members of the 6th Congress.