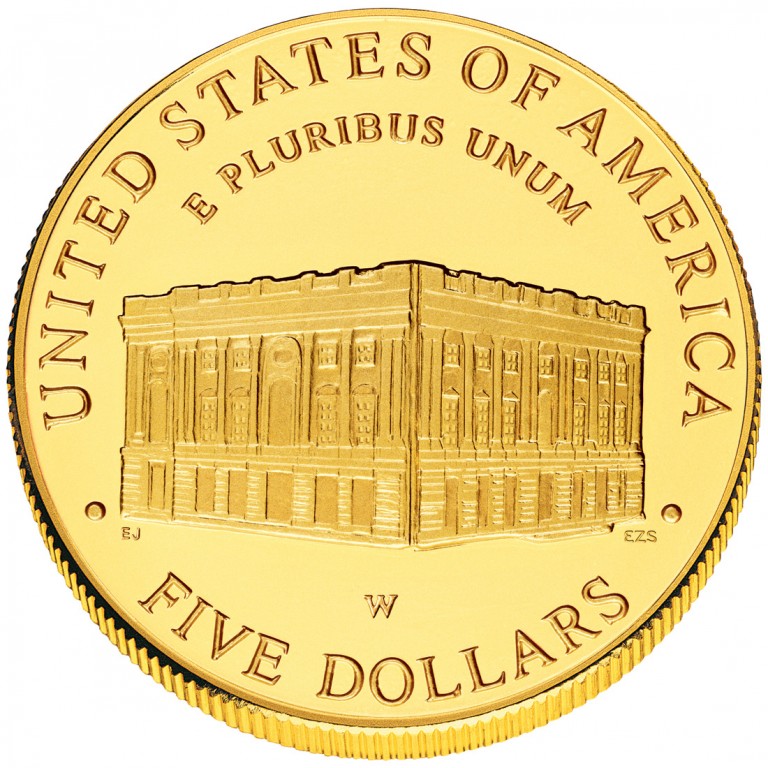 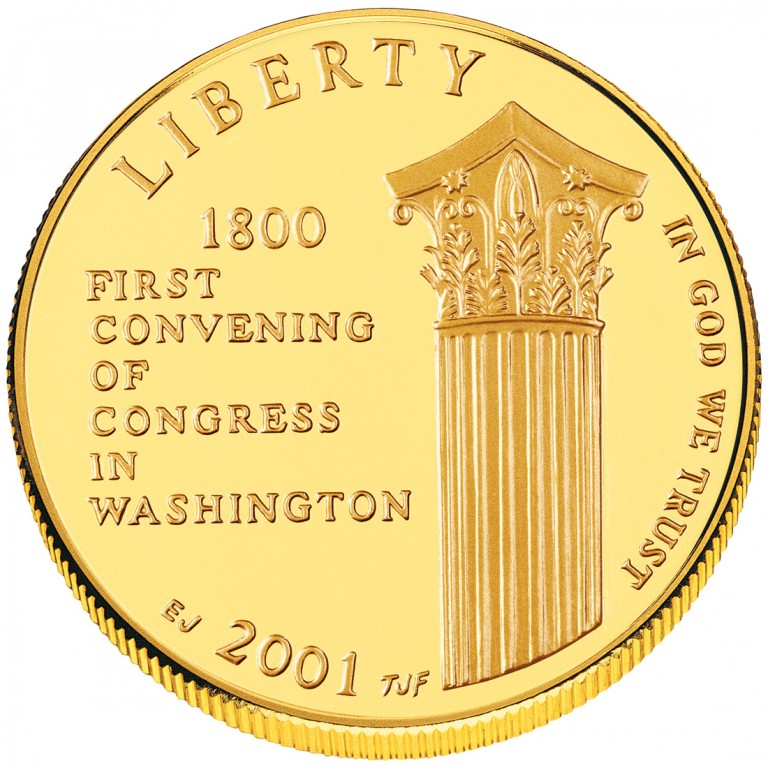 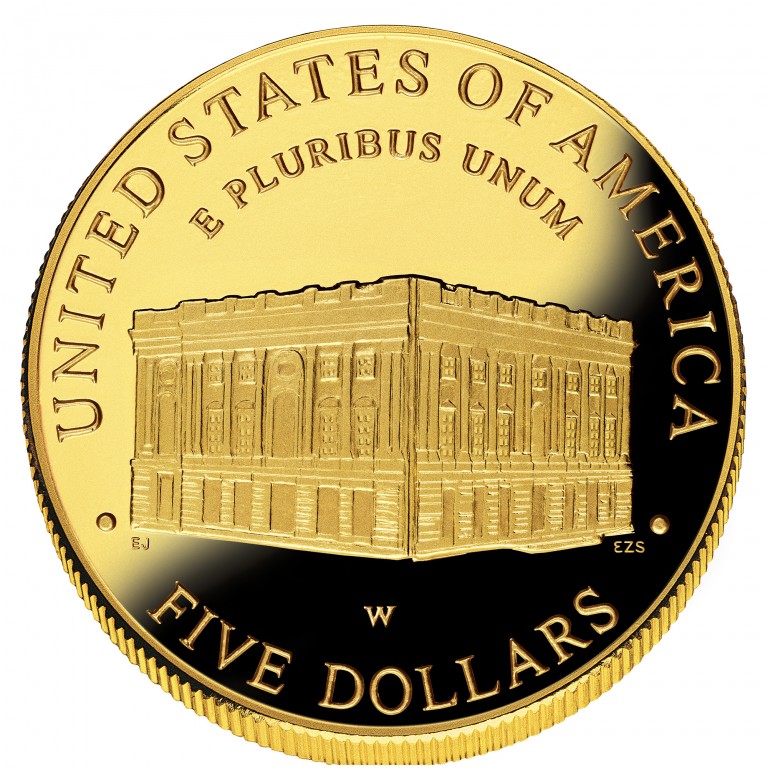 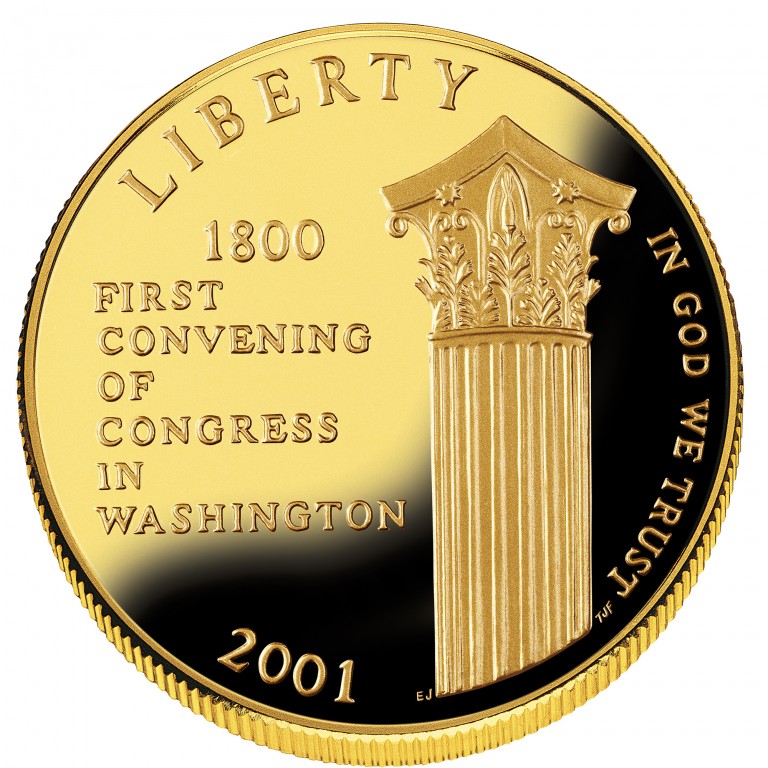 The reverse of the coin shows the Capitol building as it appeared in 1800.