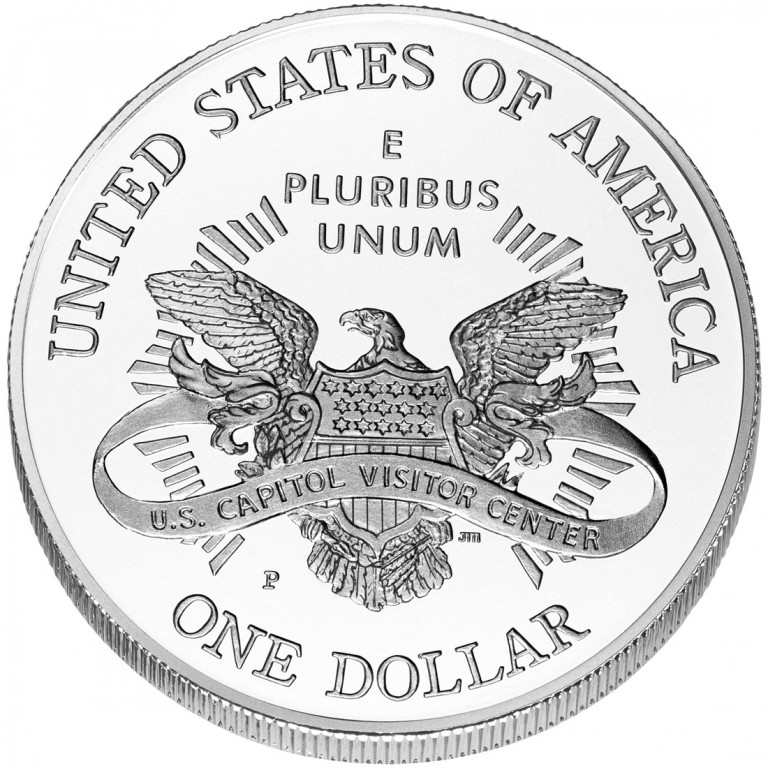 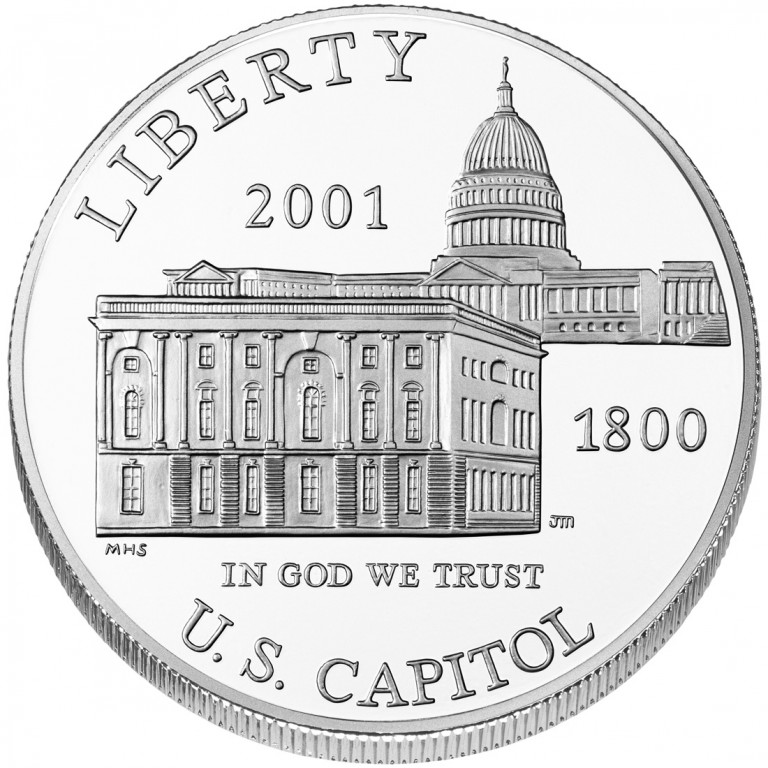 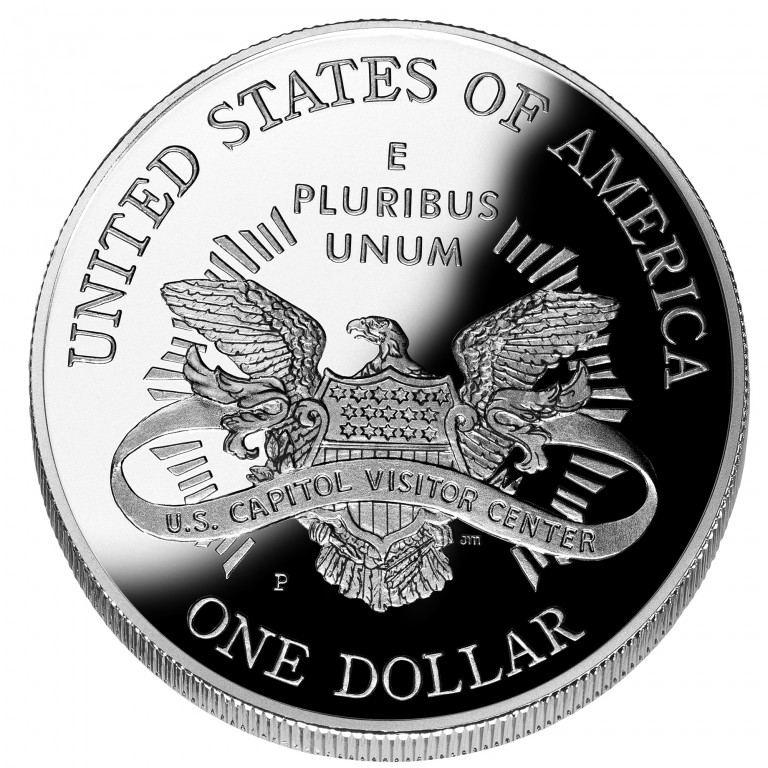 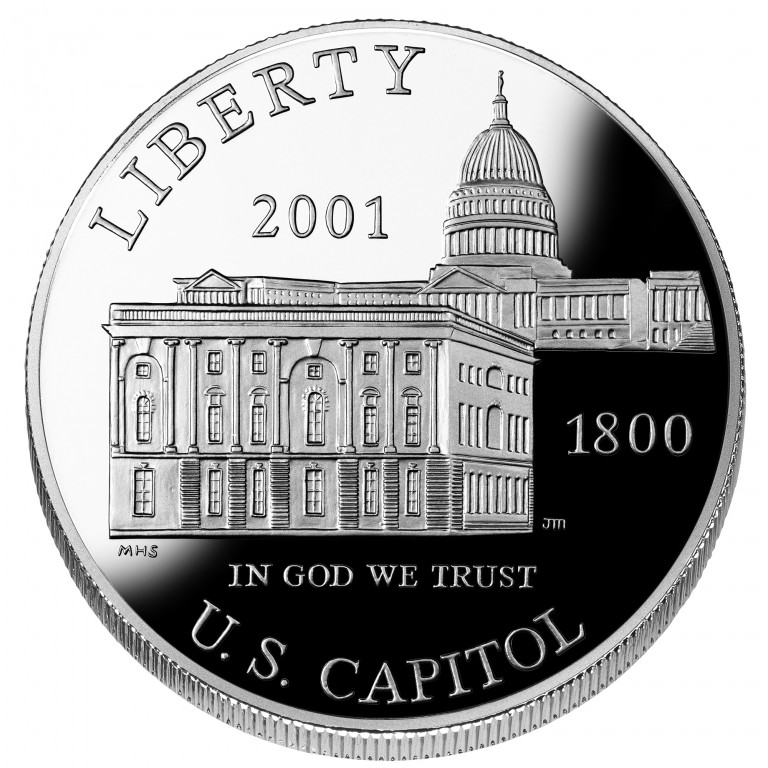 The proof Silver Dollar obverse was designed by Marika Somogyi of the Beaux Arts College in Budapest. Somogyi's work has been seen in more than 14 art museums around the world, including the permanent collections of the Smithsonian Institution and the British Museum. She designed the U.S. Mint's Mount Rushmore Commemorative Silver Dollar obverse and has received the "Excellence in American Medallic Art" Award.

The reverse shows a contemporary interpretation of the U.S. bald eagle wrapped in a banner that says "U.S. Capitol Visitor Center".