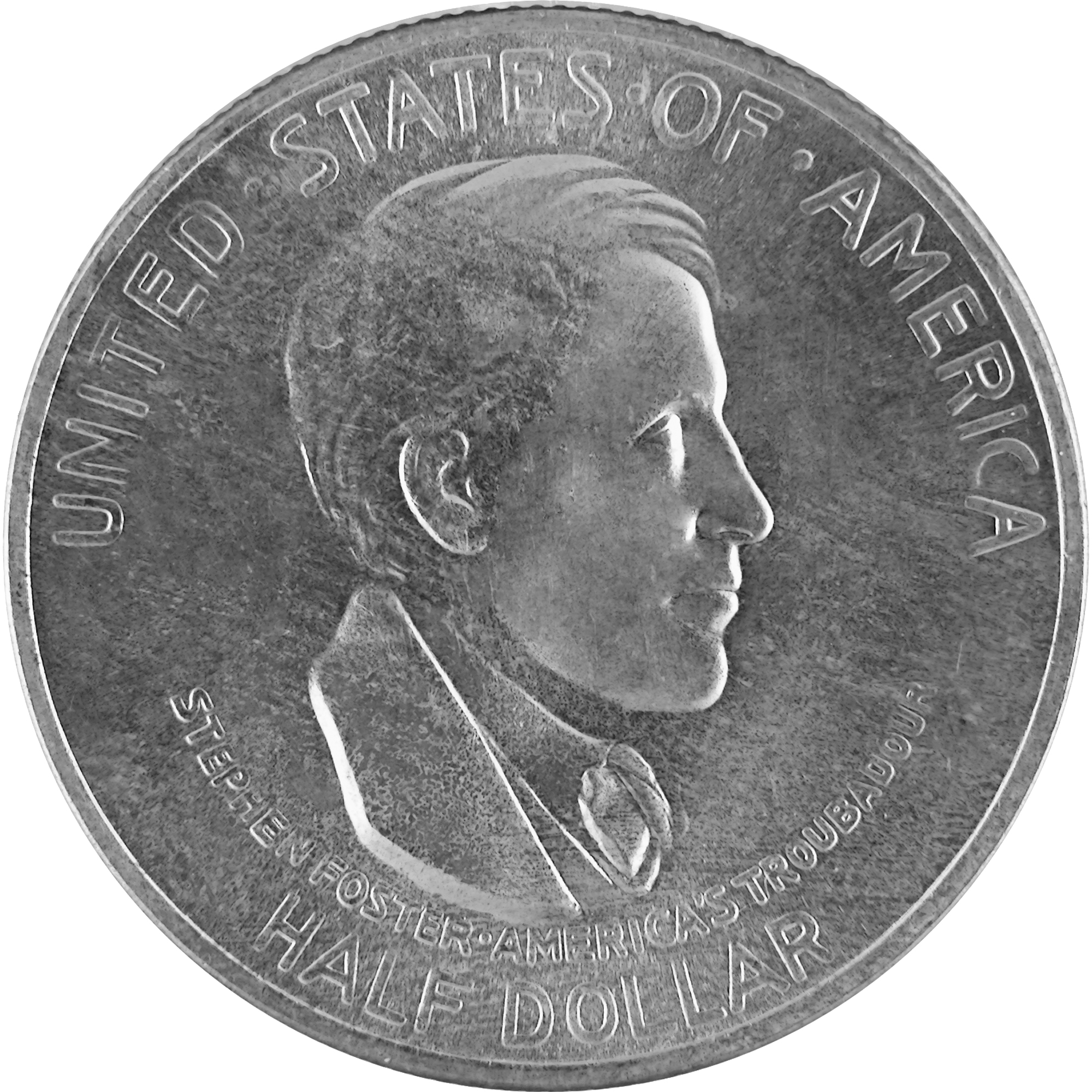 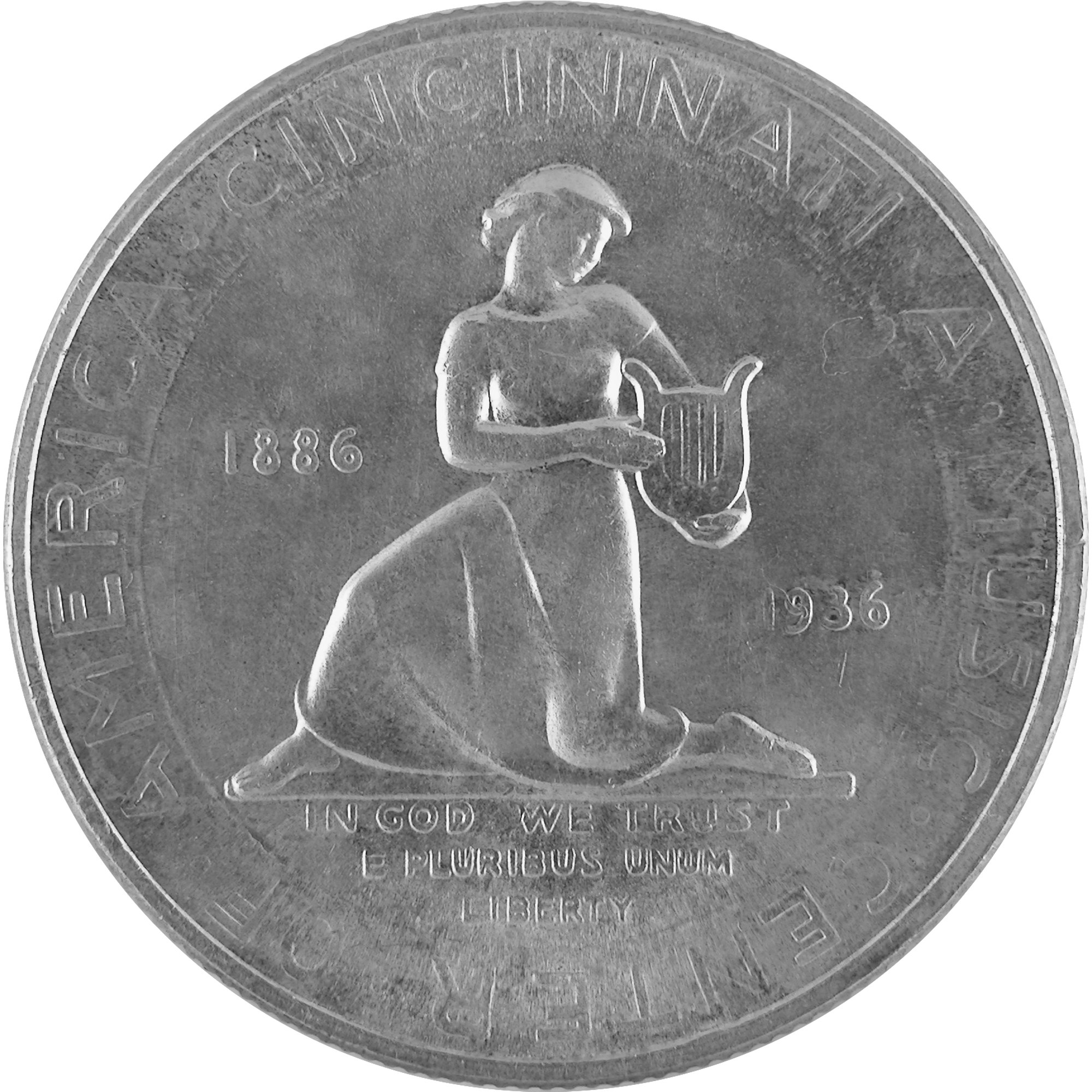 The Cincinnati Music Center Half Dollar was released in 1936 to commemorate the 50th anniversary of Cincinnati, OH, as a center of music and its contribution to the art of music.

The reverse features a female figure kneeling and holding a lyre.