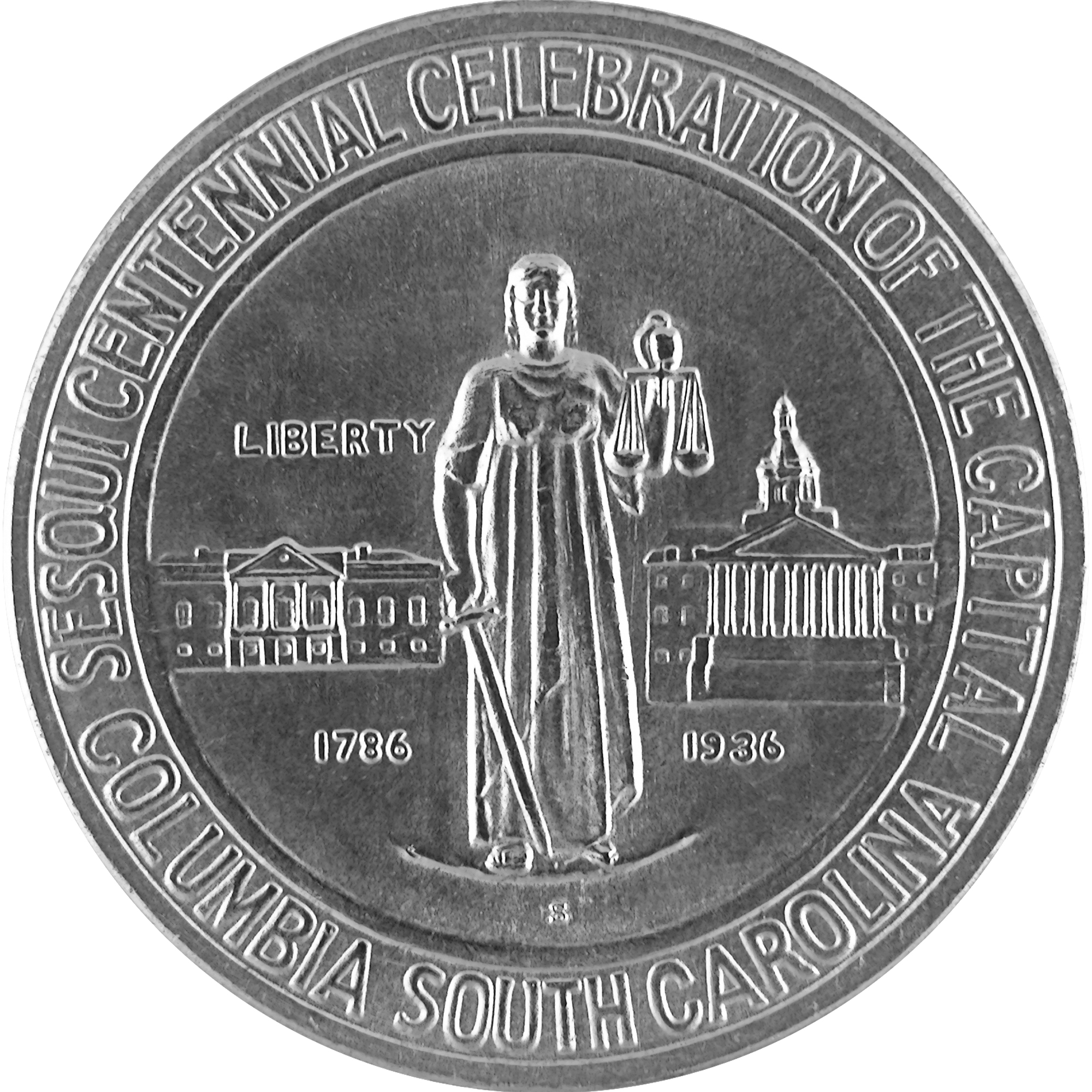 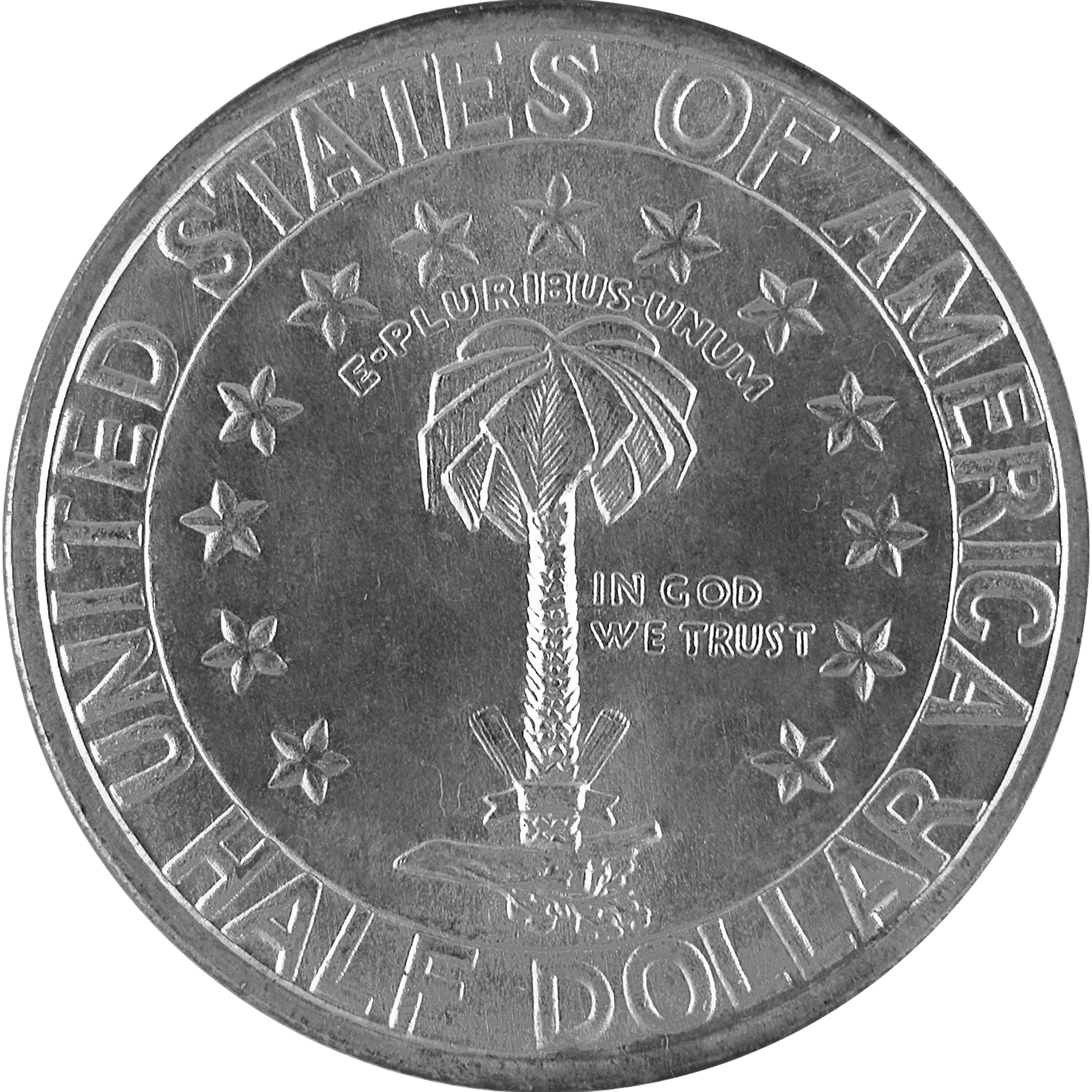 The Columbia, South Carolina Sesquicentennial Half Dollar was released in 1936 to commemorate the 150th anniversary of the city’s founding as the state capital.

The obverse design features a figure of Justice with scales and a sword is flanked by images of the original and present capitol buildings.

The reverse features a palmetto tree, with oak and ribbon binding stars at the base, a symbol of South Carolina. An additional 13 stars encircle the tree.