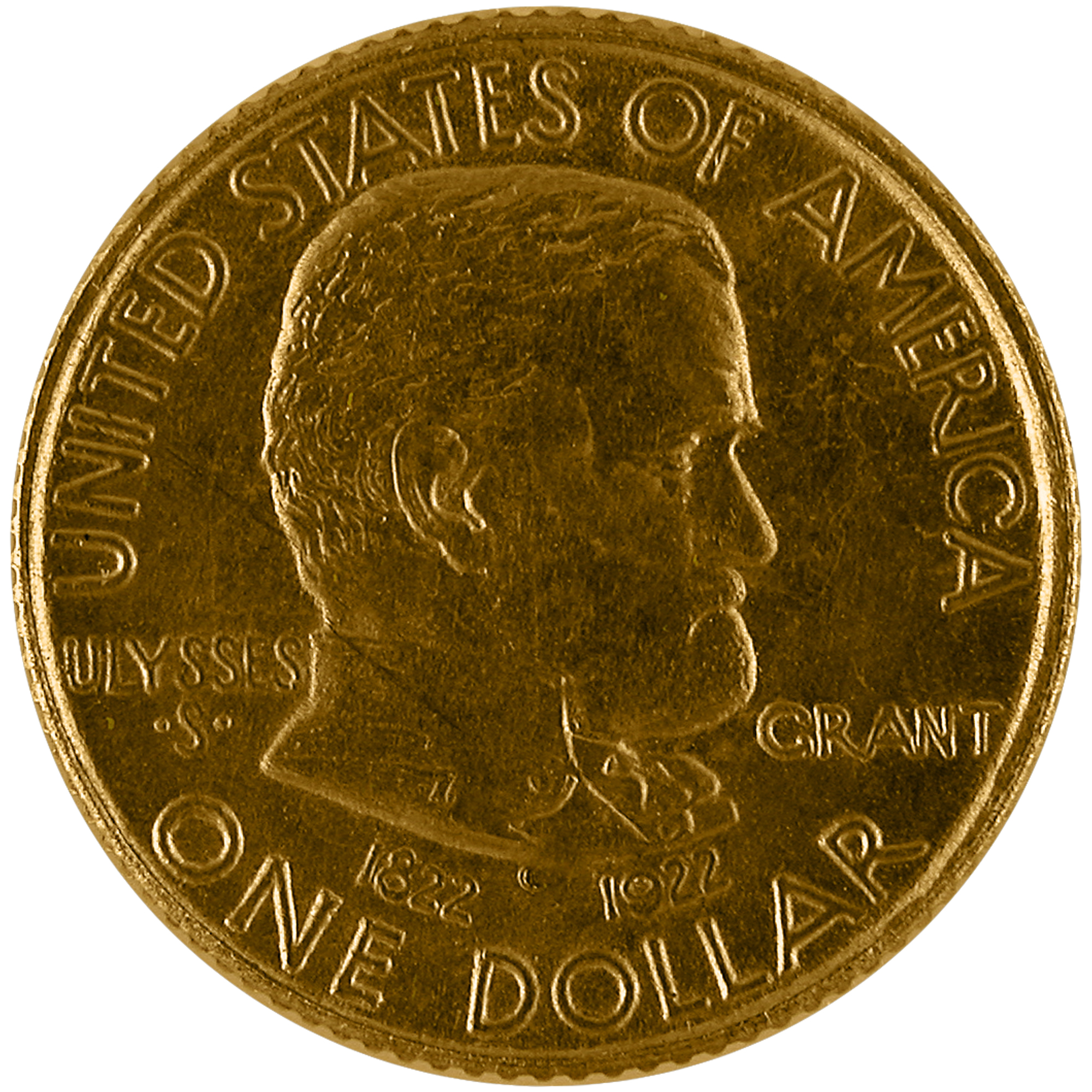 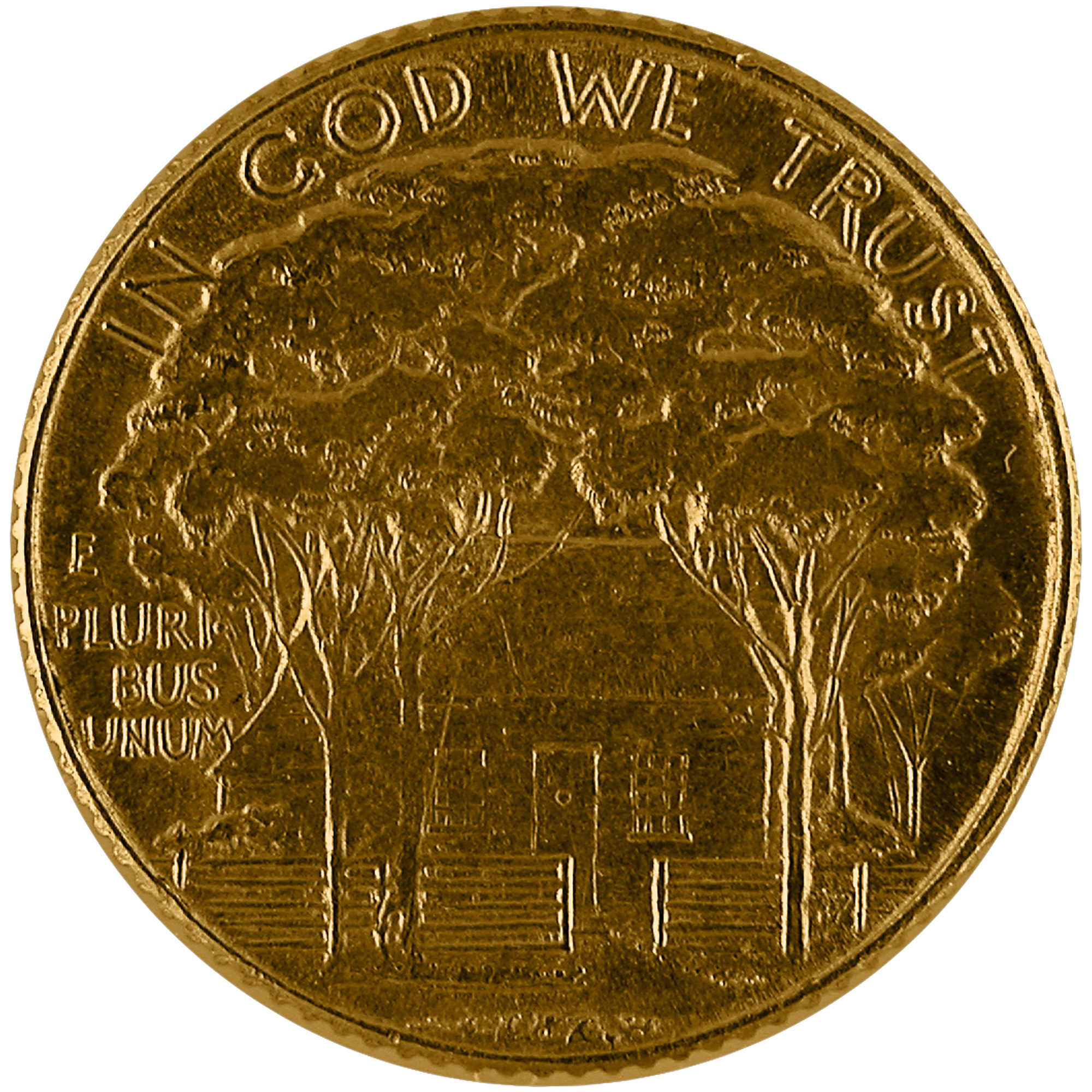 The Grant Memorial Gold Dollar was released in 1922 to commemorate the 100th anniversary of General Ulysses S. Grant’s birth.

The the reverse features a sketch of the historic log cabin in which Grant was born.