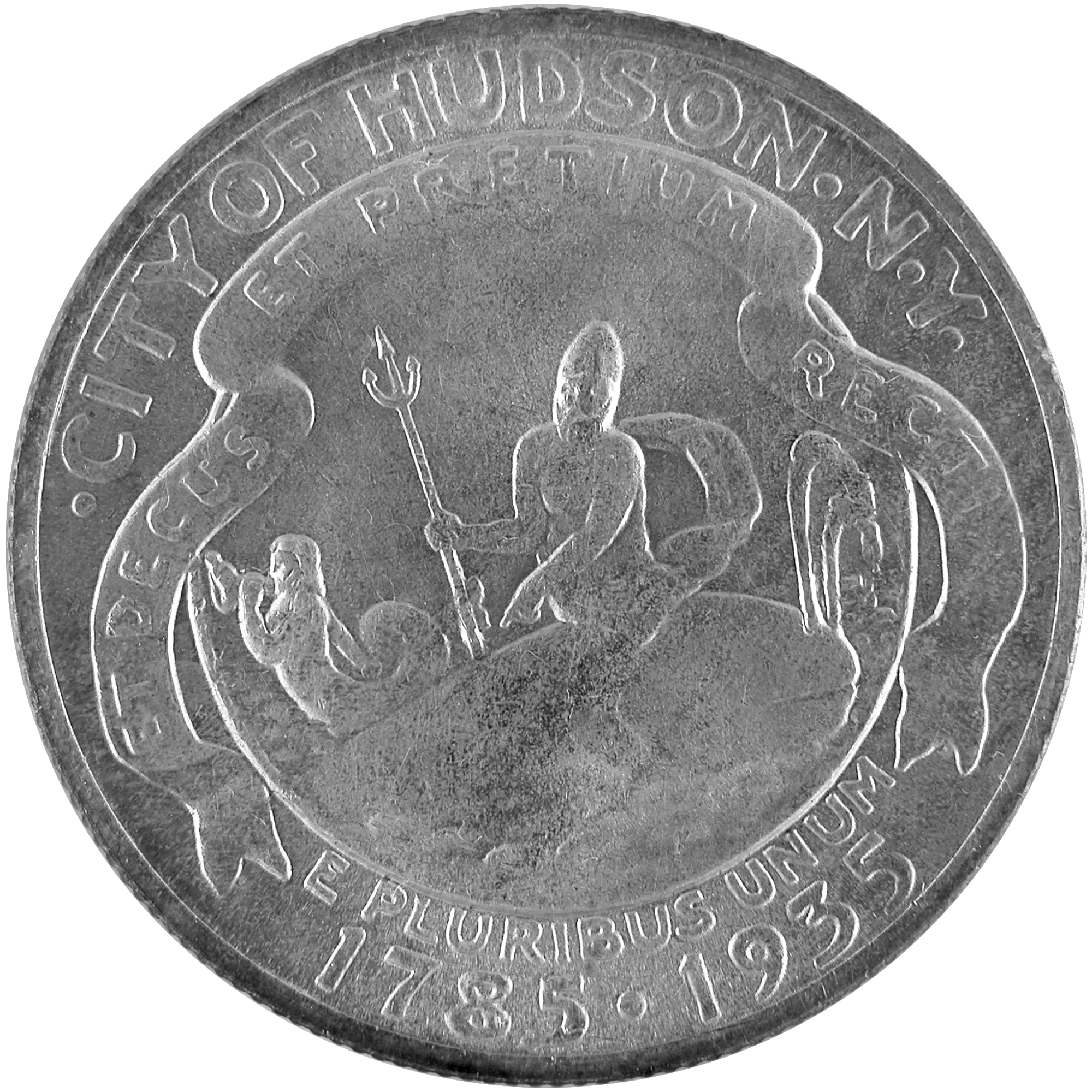 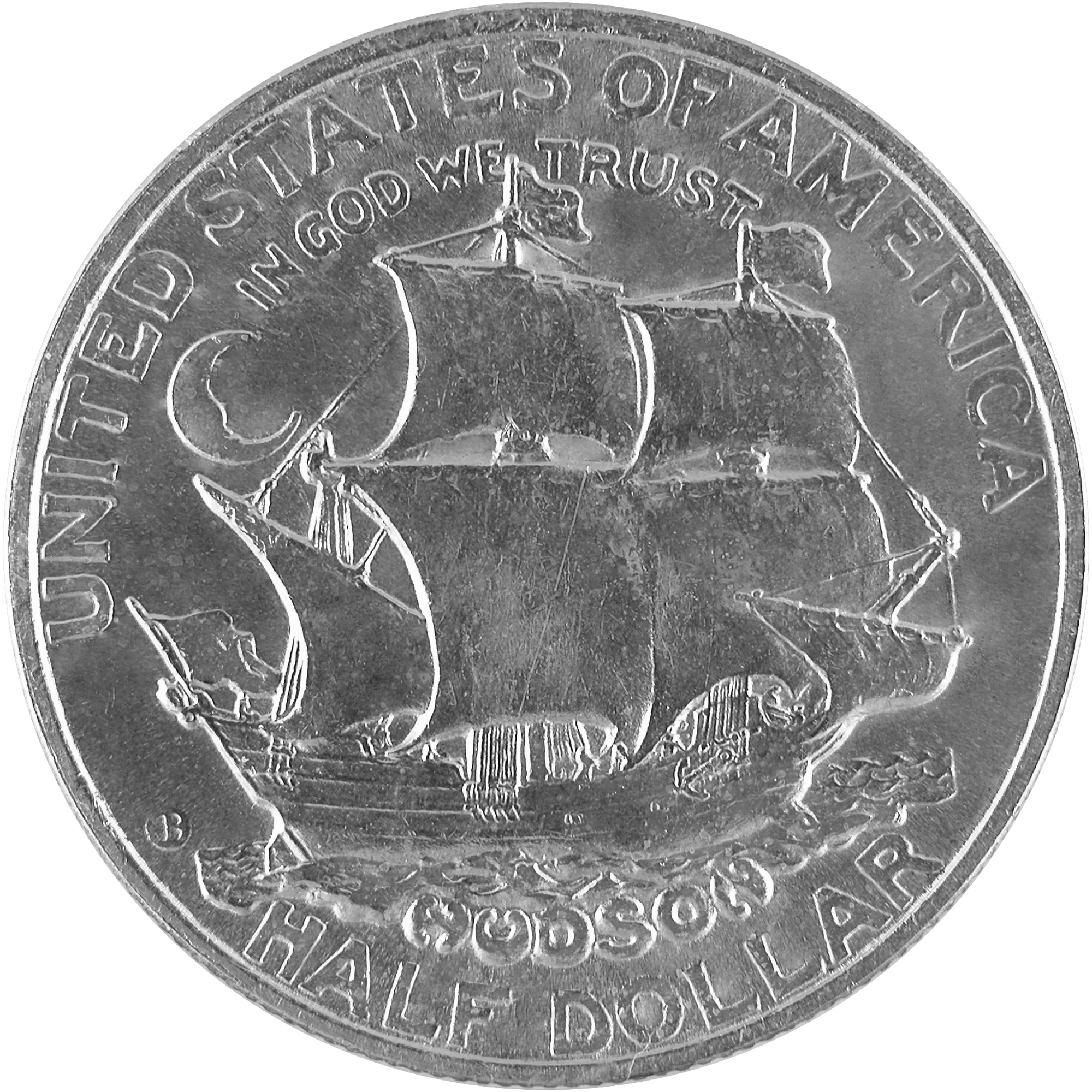 The Hudson, New York Sesquicentennial Half Dollar was released in 1935 to commemorate the 150th anniversary of the city’s founding.

The obverse design features the seal of the city of Hudson.

The reverse features a two-masted sailing vessel under full sail with the moon in the background.