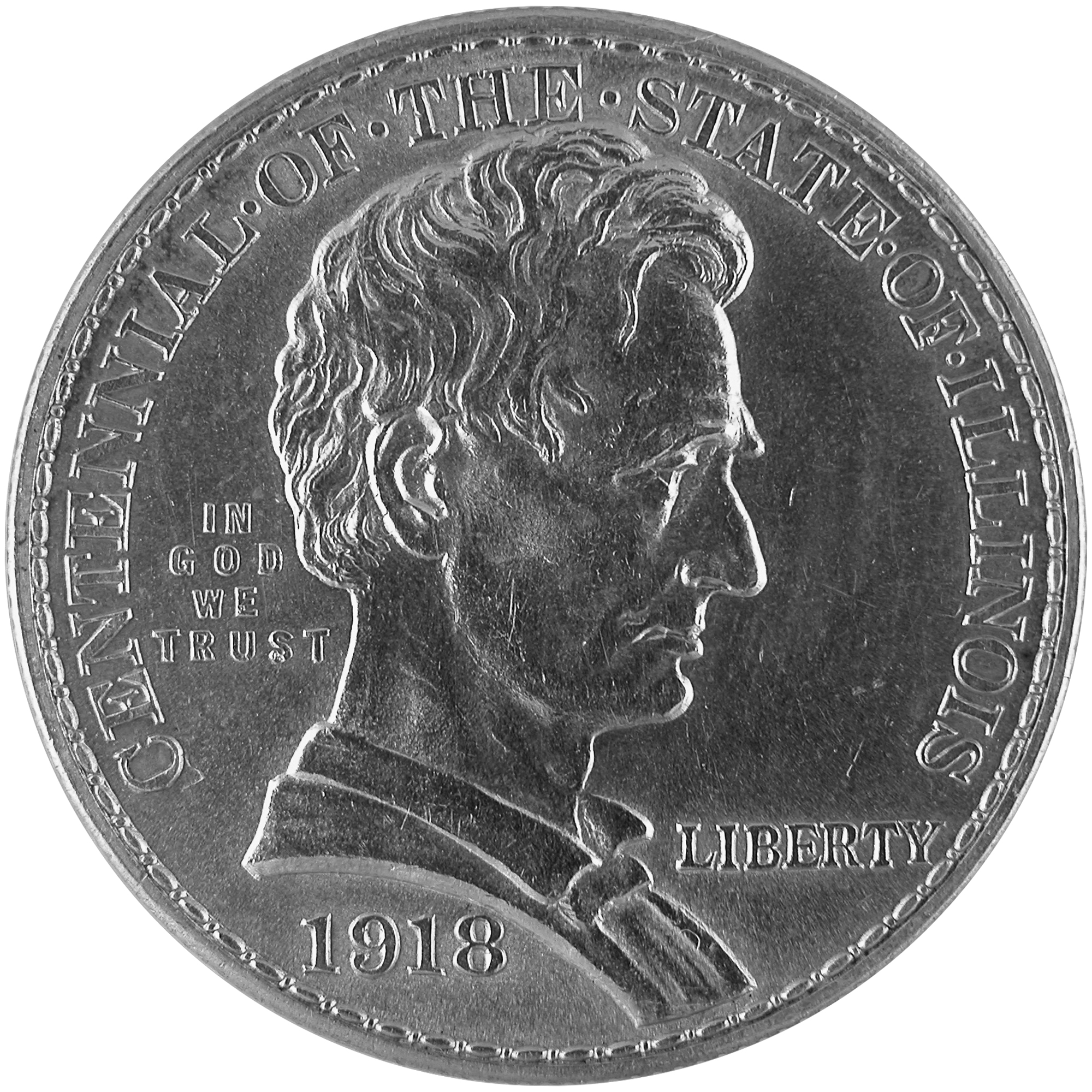 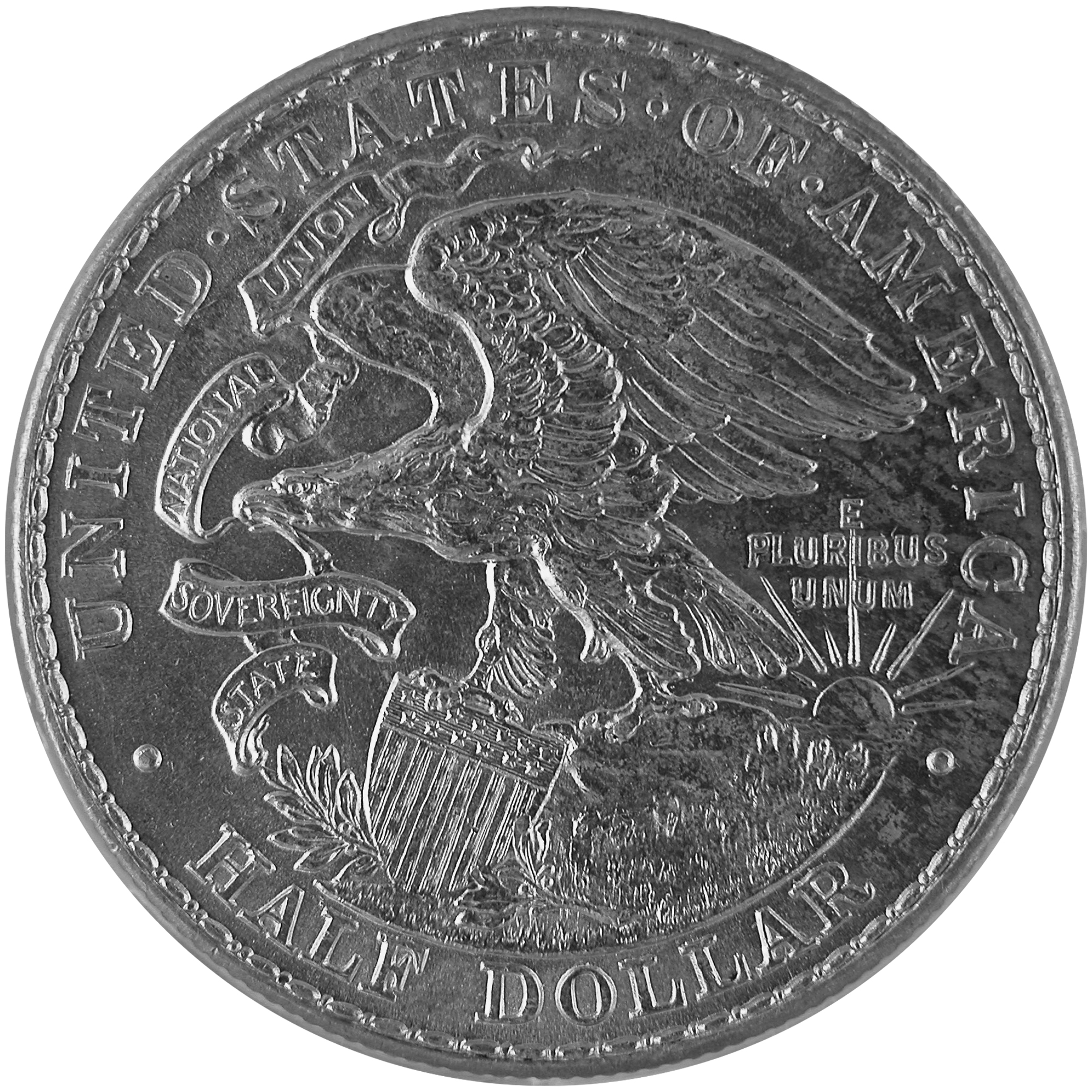 The Illinois Centennial Half Dollar was released in 1918 to commemorate the 100th anniversary of the admission of Illinois into the Union.

The obverse design features a a low relief portrait of President Lincoln taken from the heroic statue that was unveiled at Springfield, Illinois, in August 1918. The statue was by the American sculptor Andrew O'Connor.

The reverse design is based on the Illinois State Seal.