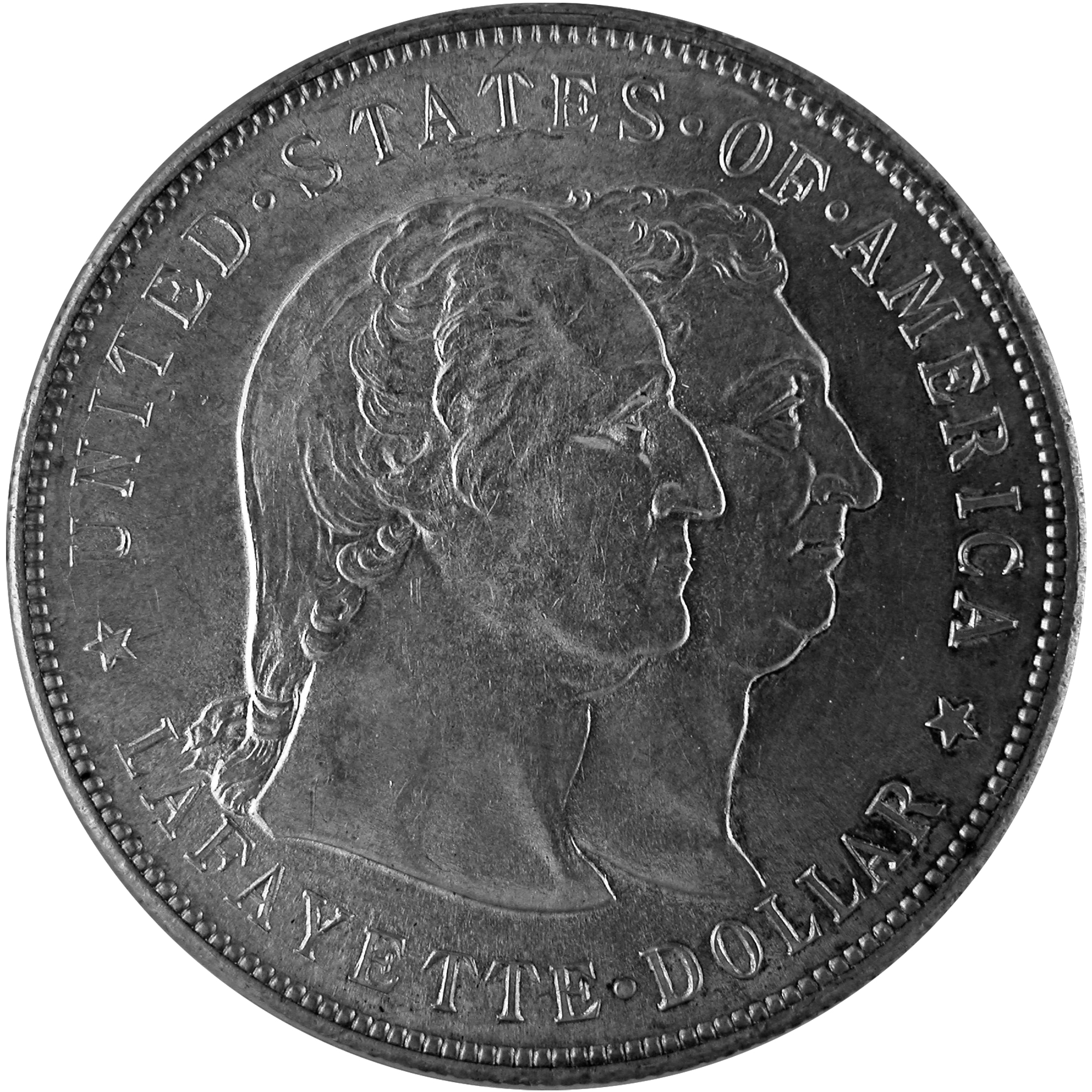 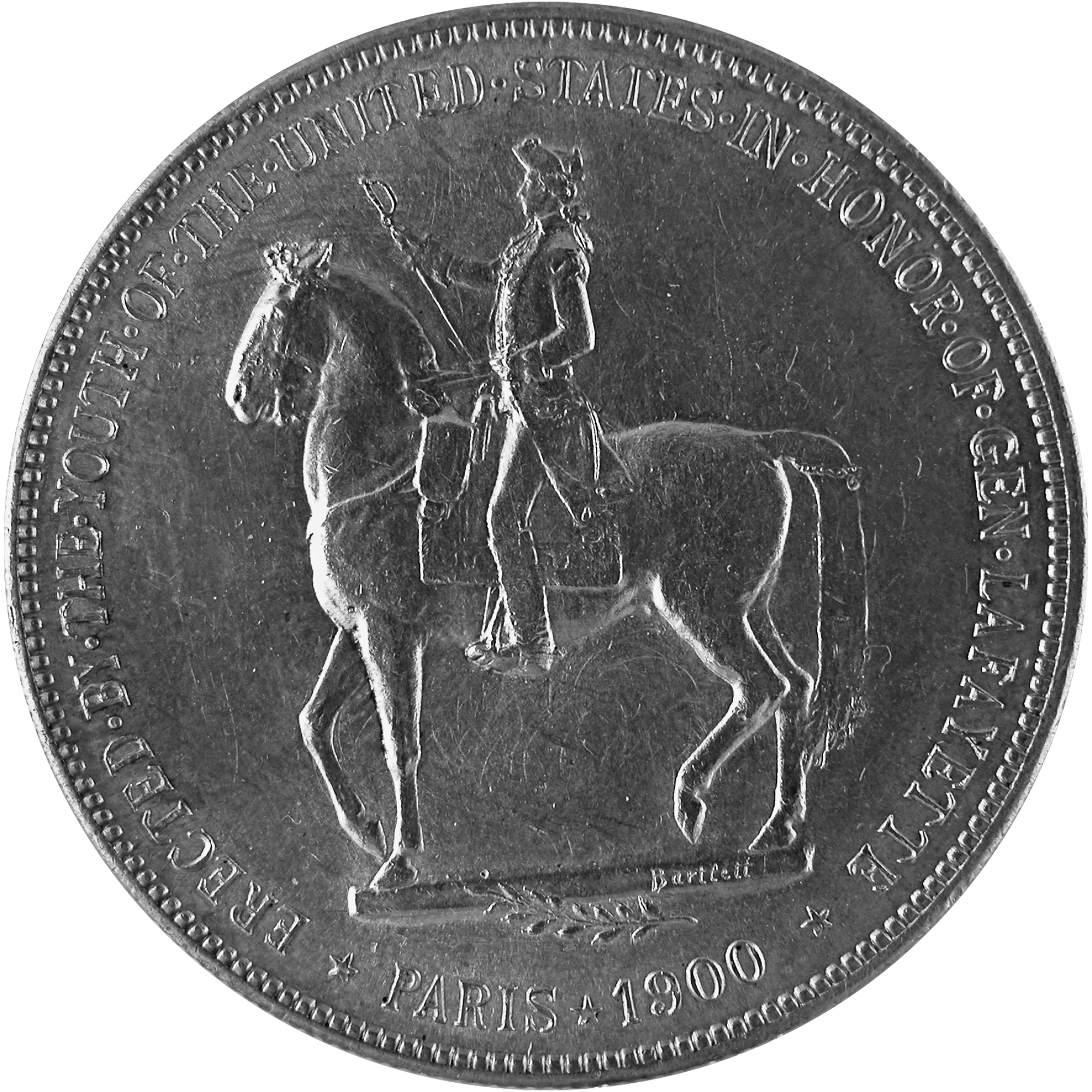 The Lafayette Dollar was released in 1900 to commemorate the erection of a monument to General Lafayette, in the city of Paris, France. This was the first commemorative dollar coin by the United States Mint is also the first coin to feature a U.S. President.

The reverse features a statue of Lafayette on horseback.