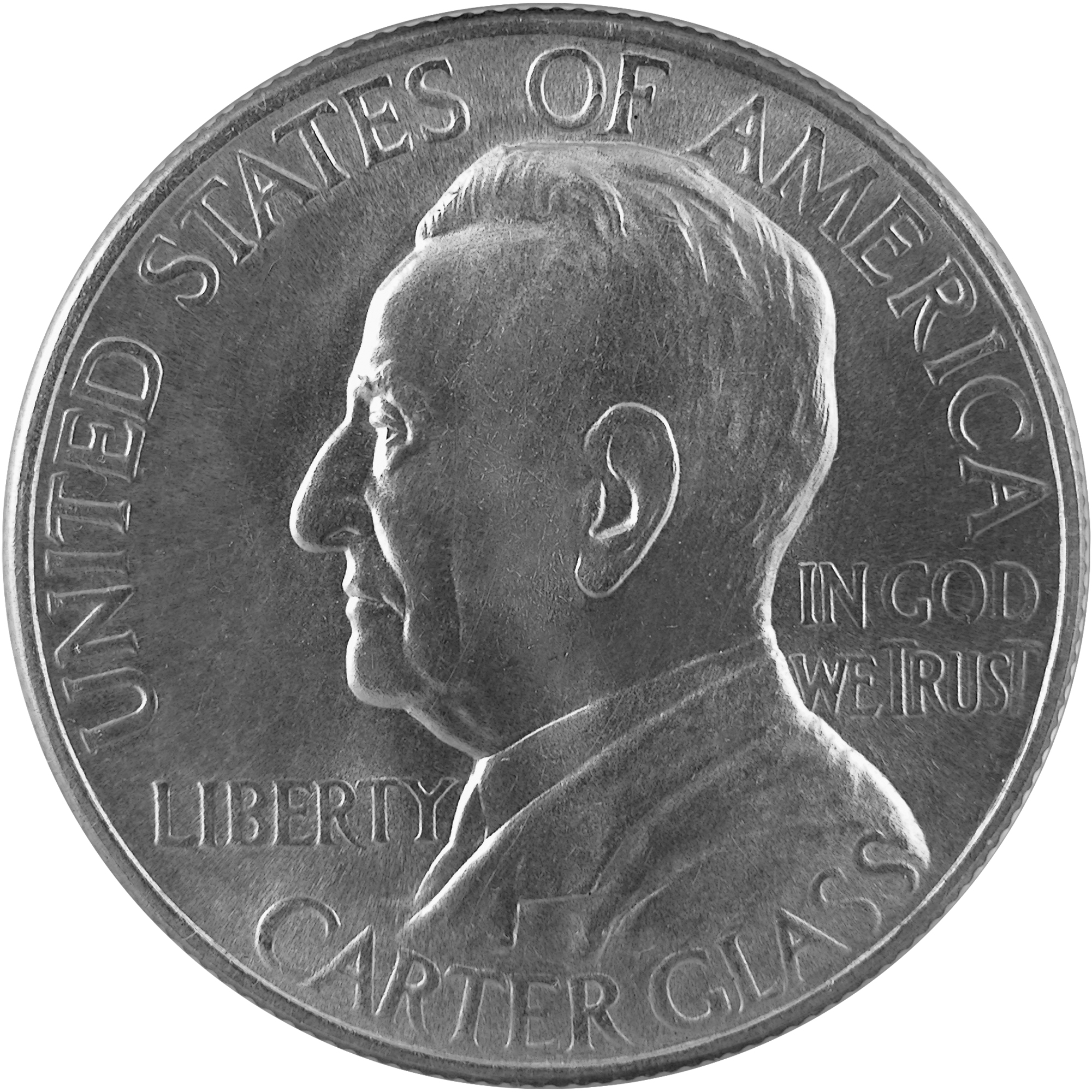 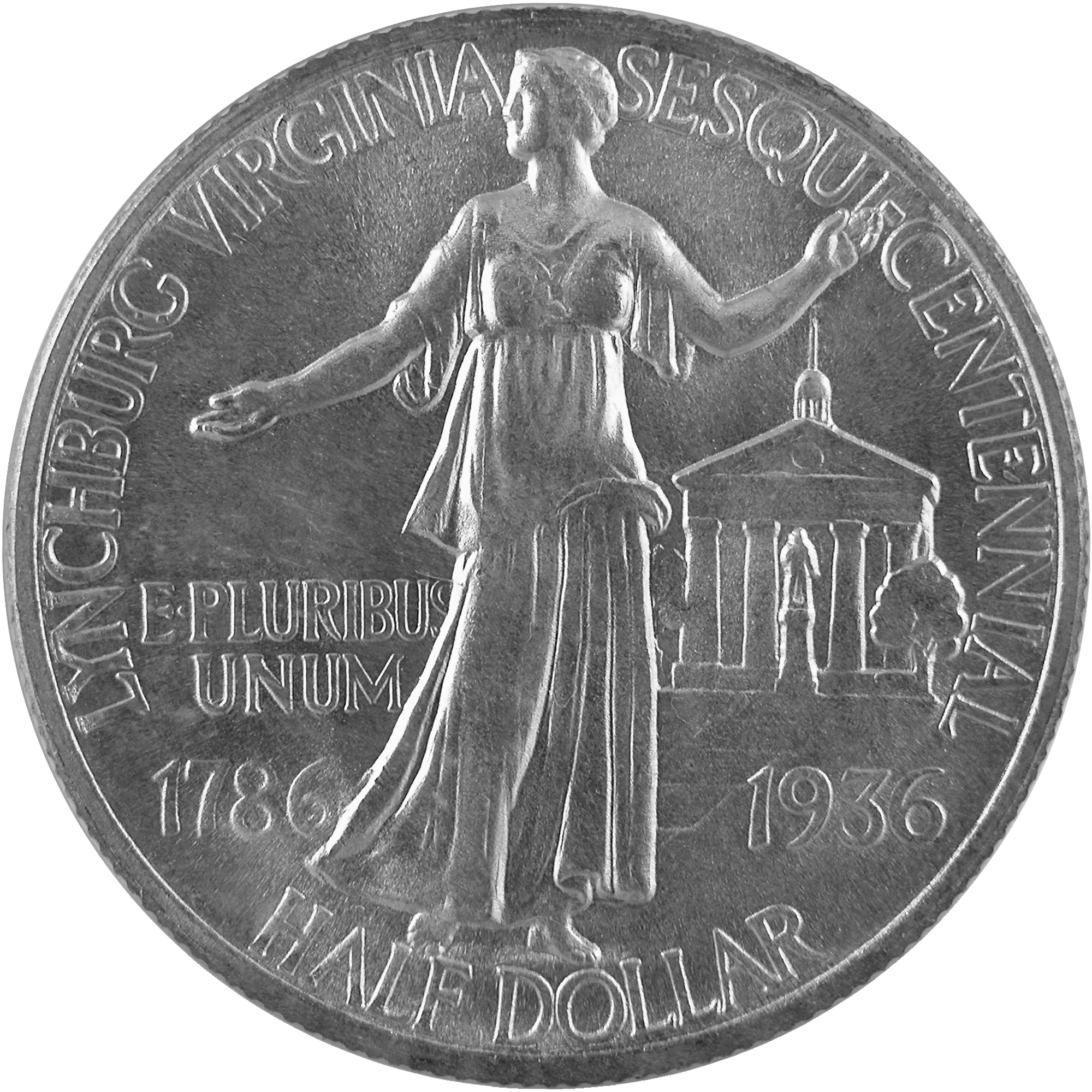 The Lynchburg, Virginia Sesquicentennial Half Dollar was released in 1936 to commemorate the 150th anniversary of the founding of Lynchburg.

The reverse features the standing figure of Liberty and an image of the Lynchburg court house.