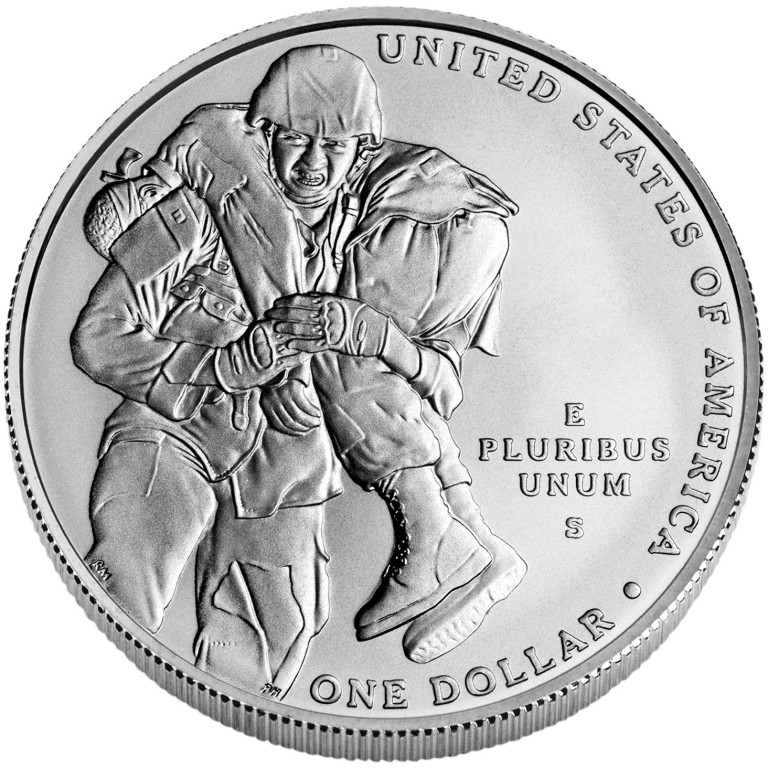 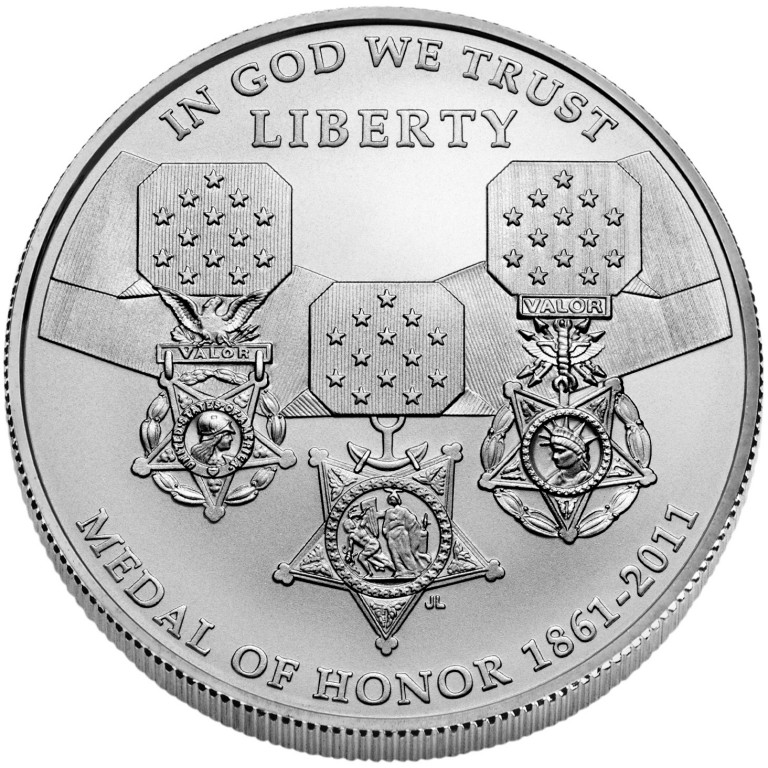 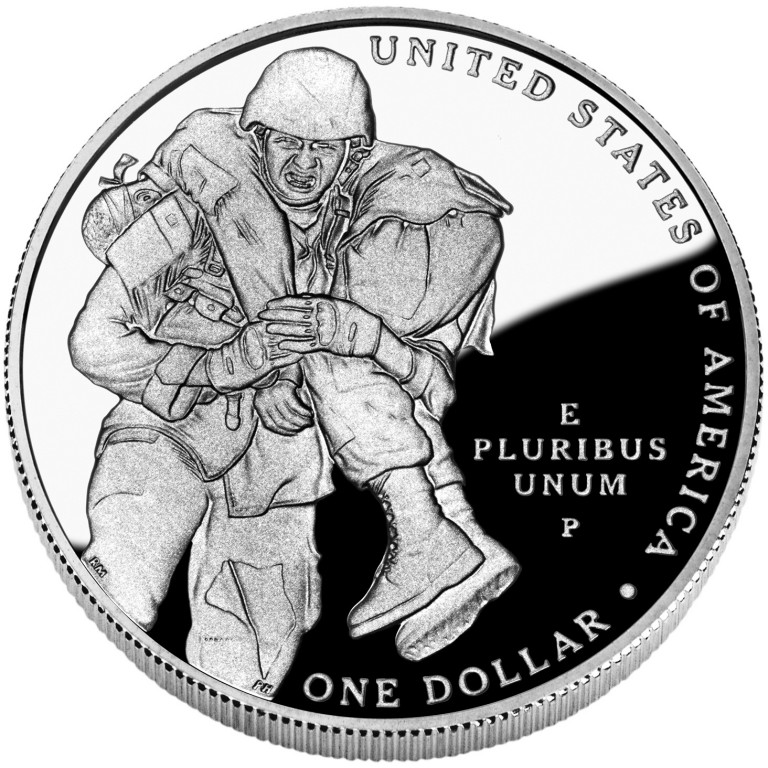 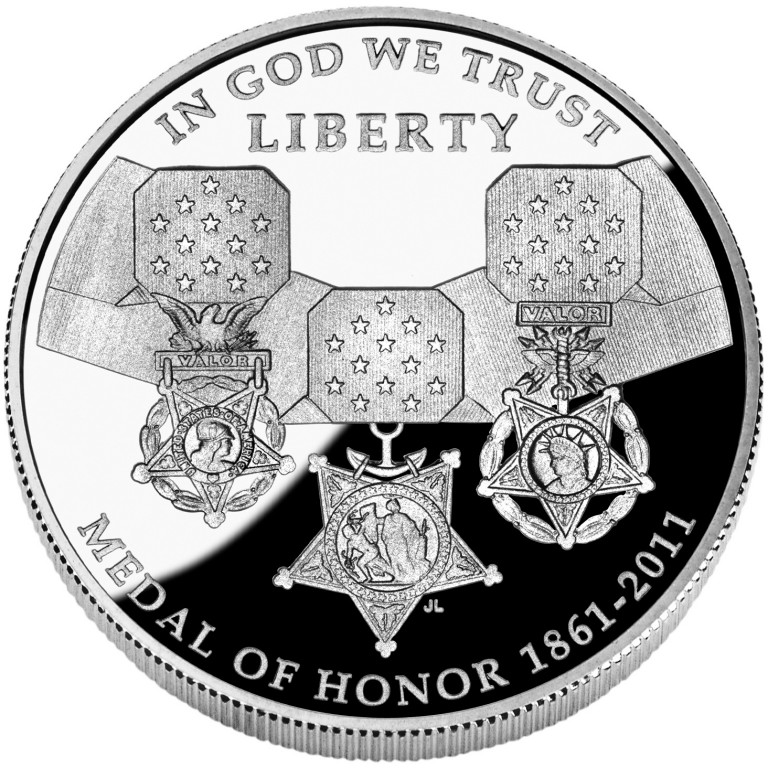 Surcharges in the amount of $35 for each gold coin and $10 for each silver coin are authorized to be paid to the Congressional Medal of Honor Foundation. The foundation assists in perpetuating the legacy of the Medal of Honor by funding programs to promote the ideals of courage, sacrifice, selfless service and patriotism among the American public.

Obverse: depicts the three current Army, Navy, and Air Force Medals of Honor, left to right. The ribbon with field of stars in the center is the common feature of all three medals, reflecting the joint nature of modern era warfare and the fact that the Medal of Honor is the only U.S. military medal worn around the neck.

Reverse: depicts a contemporary infantry soldier carrying a wounded soldier to safety under enemy fire, reflecting the courage and self-sacrifice of all Medal of Honor recipients. This image conveys the courage, selfless sacrifice and patriotism of Medal of Honor recipients, as well as the criteria established by Congress in 1963 requiring that all Medals of Honor be awarded only for heroic action in combat.