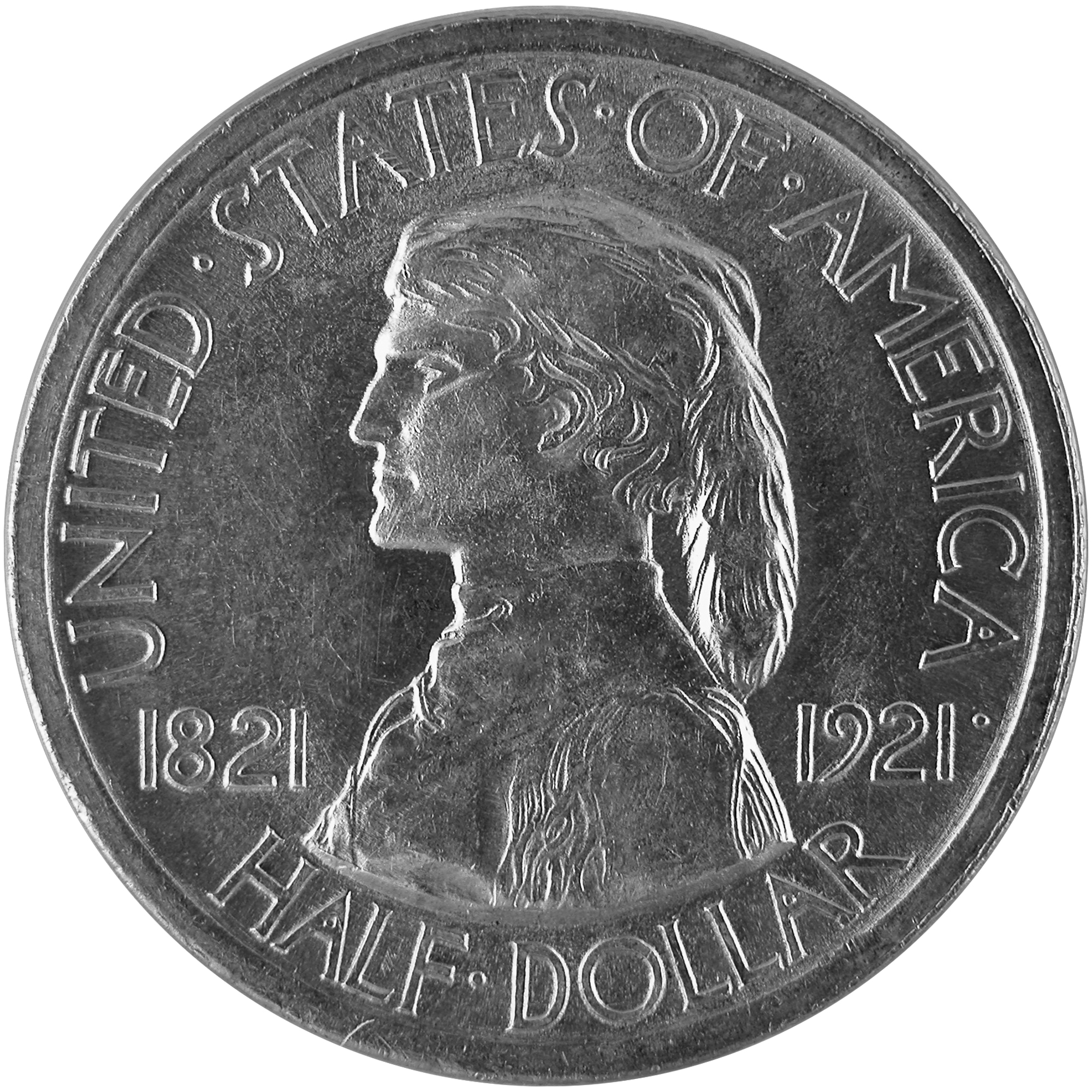 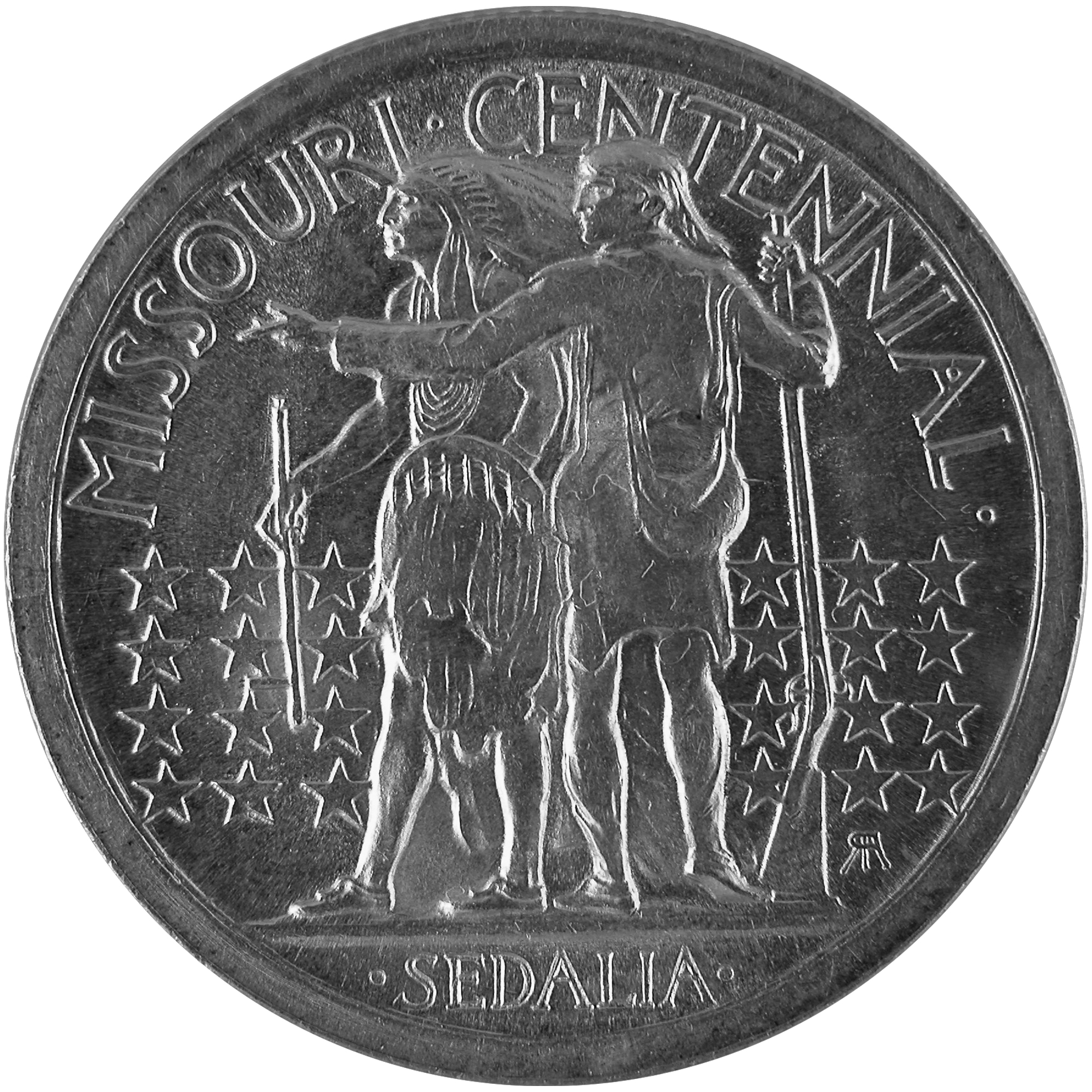 The Missouri Centennial Half Dollar was released in 1921 to commemorate the 100th anniversary of Missouri’s admission into the Union.

The reverse features Daniel Boone, with his power horn and rifle, directing the attention of an Indian to the westward course of the white man and the name of the city, Sedalia, where the centennial celebration was held.