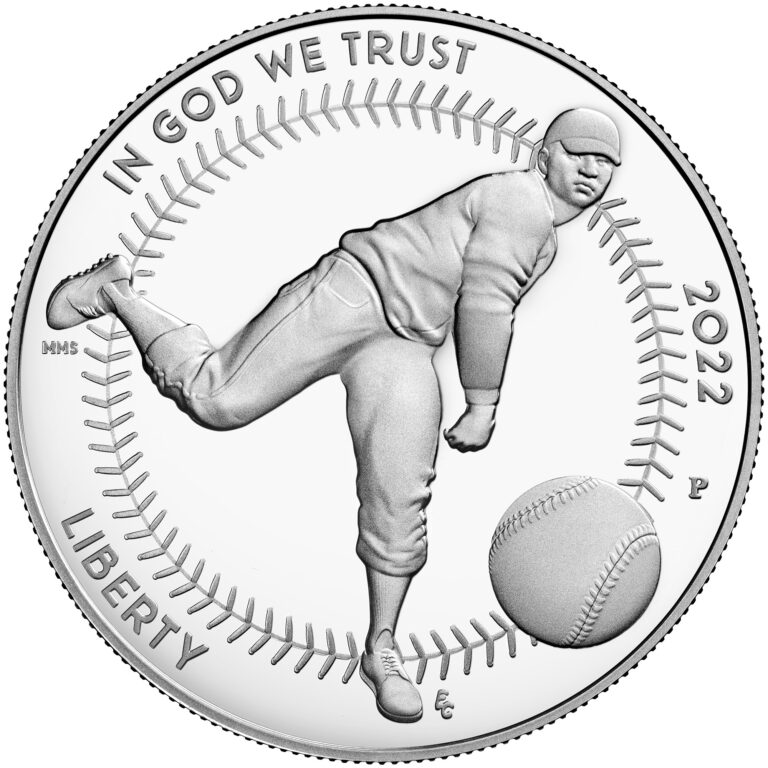 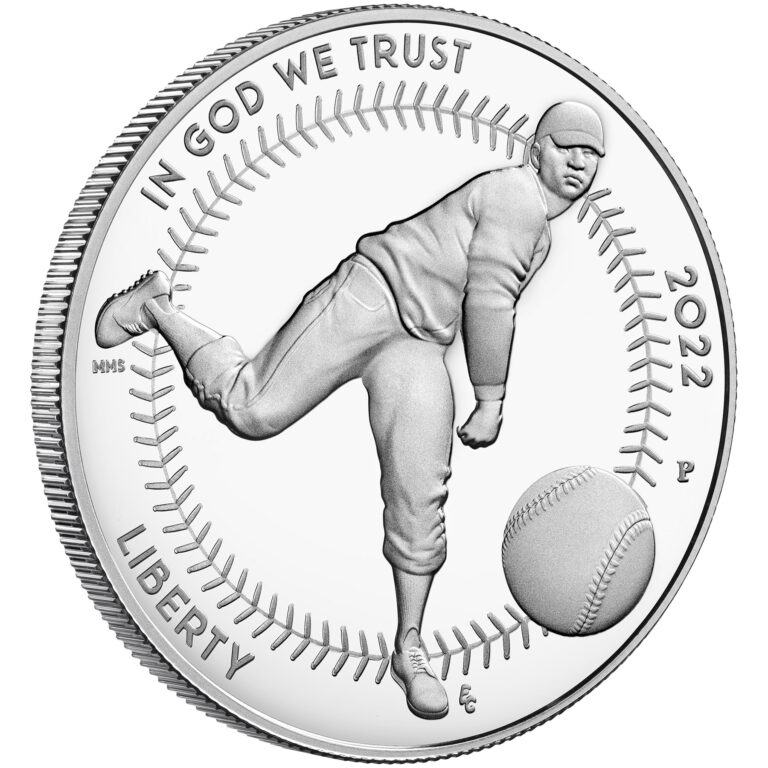 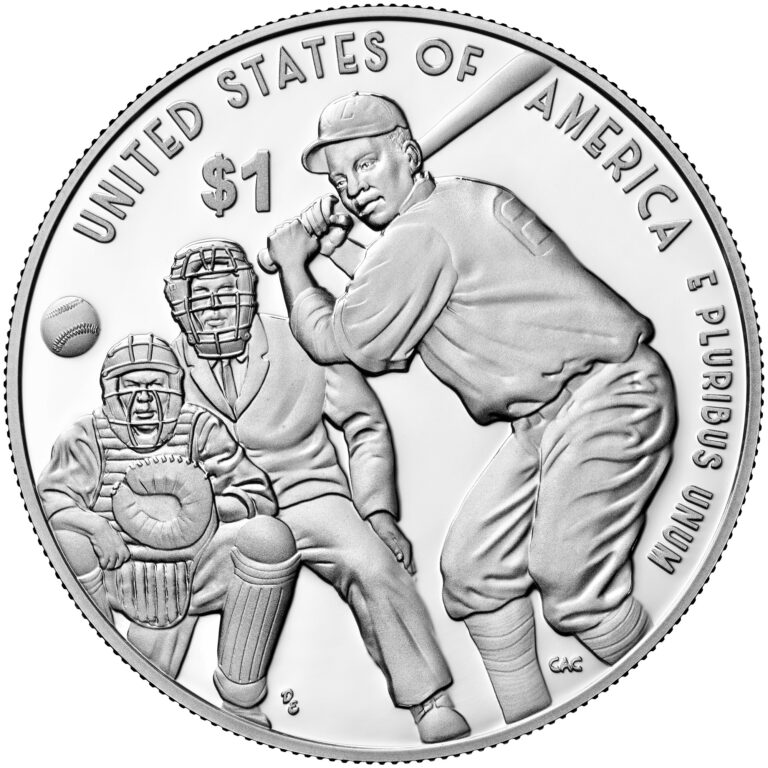 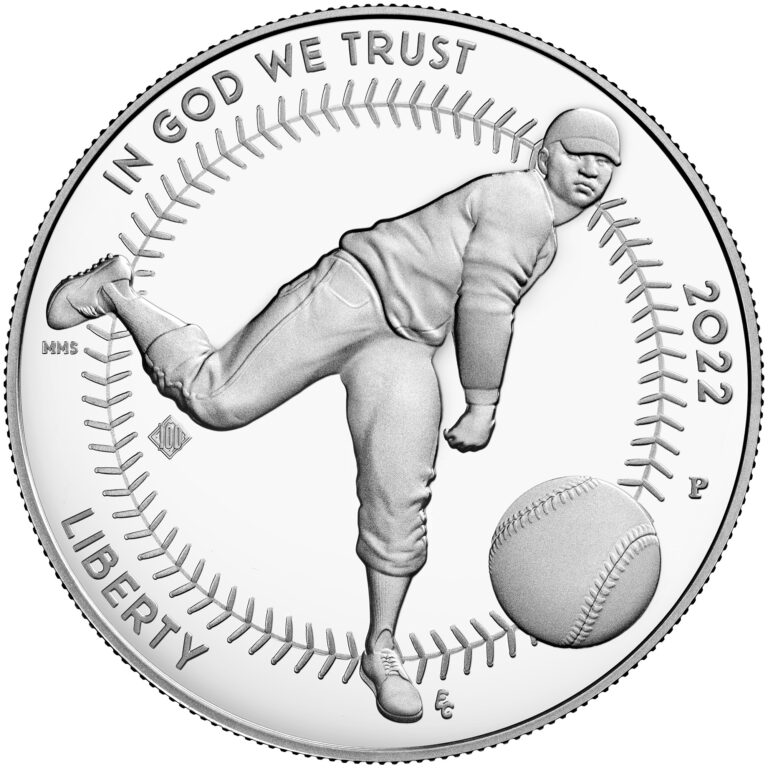 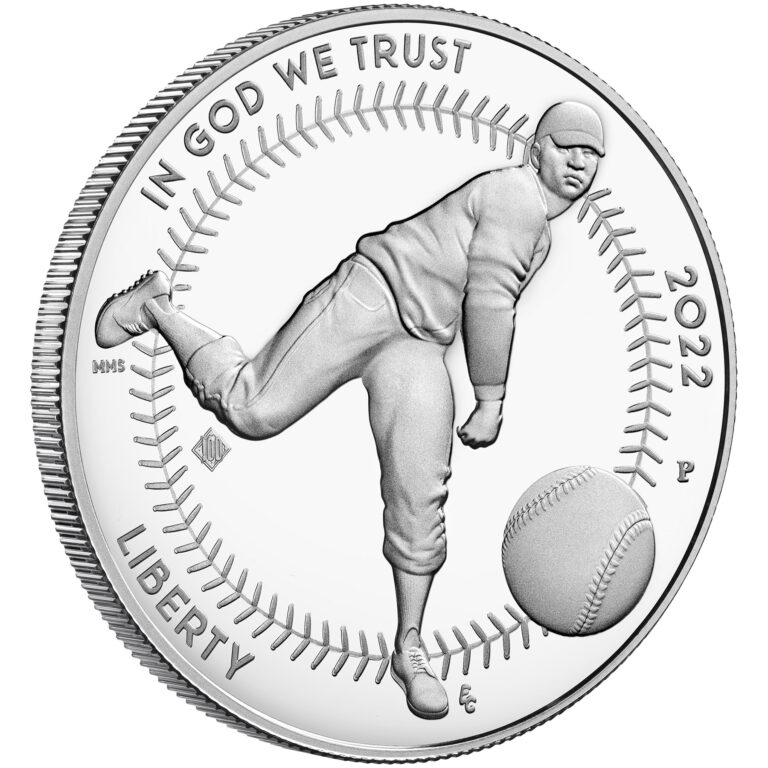 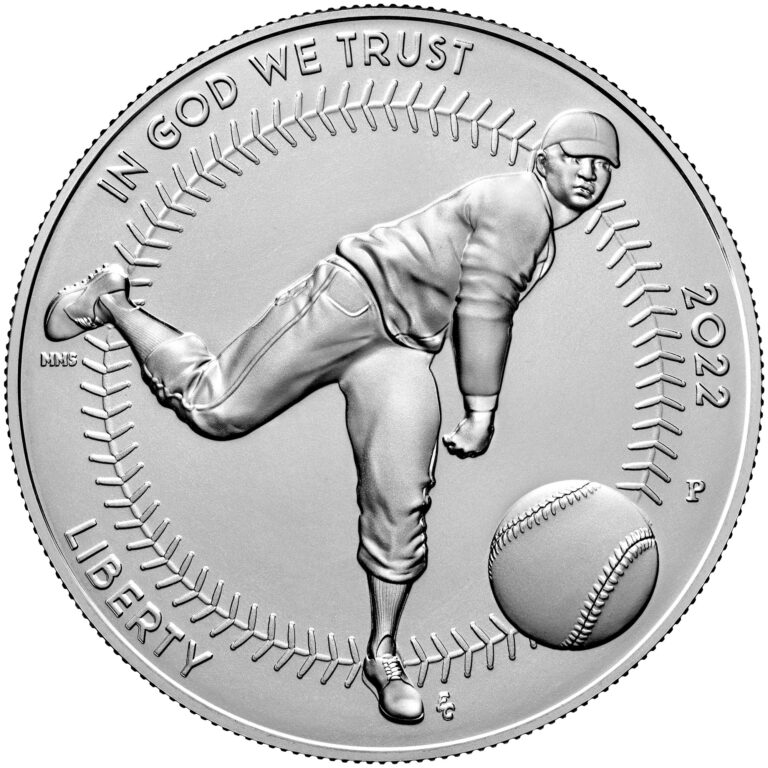 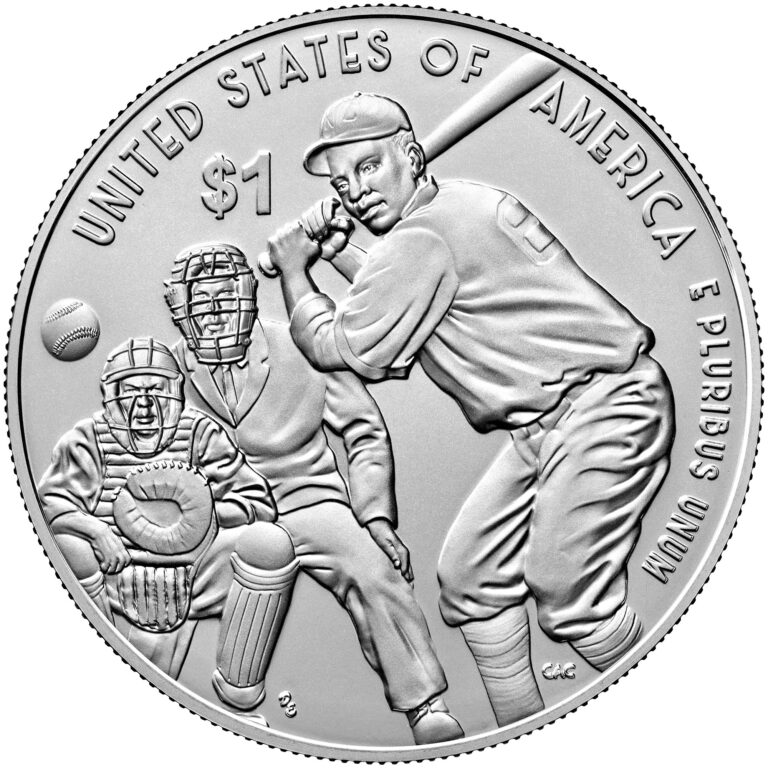 In 2022, the U.S. Mint will release the Negro Leagues Baseball Silver Dollar as part of the Negro Leagues Baseball Commemorative Coin Program. It celebrates the establishment of the Negro National League, the first successful, organized professional African American baseball league in the United States. The Mint will strike $5 gold coins, $1 silver coins, and half dollar clad coins with different designs as part of the program. Special $1 silver coins will feature a privy mark on the obverse, underneath the pitcher’s raised right knee. The year 2020, when the legislation passed, marked the 100th anniversary of the establishment of the Negro National League. The anniversary is represented by “100,” with the stylized diamond shape alluding to a baseball diamond.

The obverse (heads) design depicts a pitcher in mid-throw with the baseball in the foreground and baseball stitching as a border.

The reverse (tails) design depicts a player’s eye view of a pitch being delivered to the catcher at the plate.