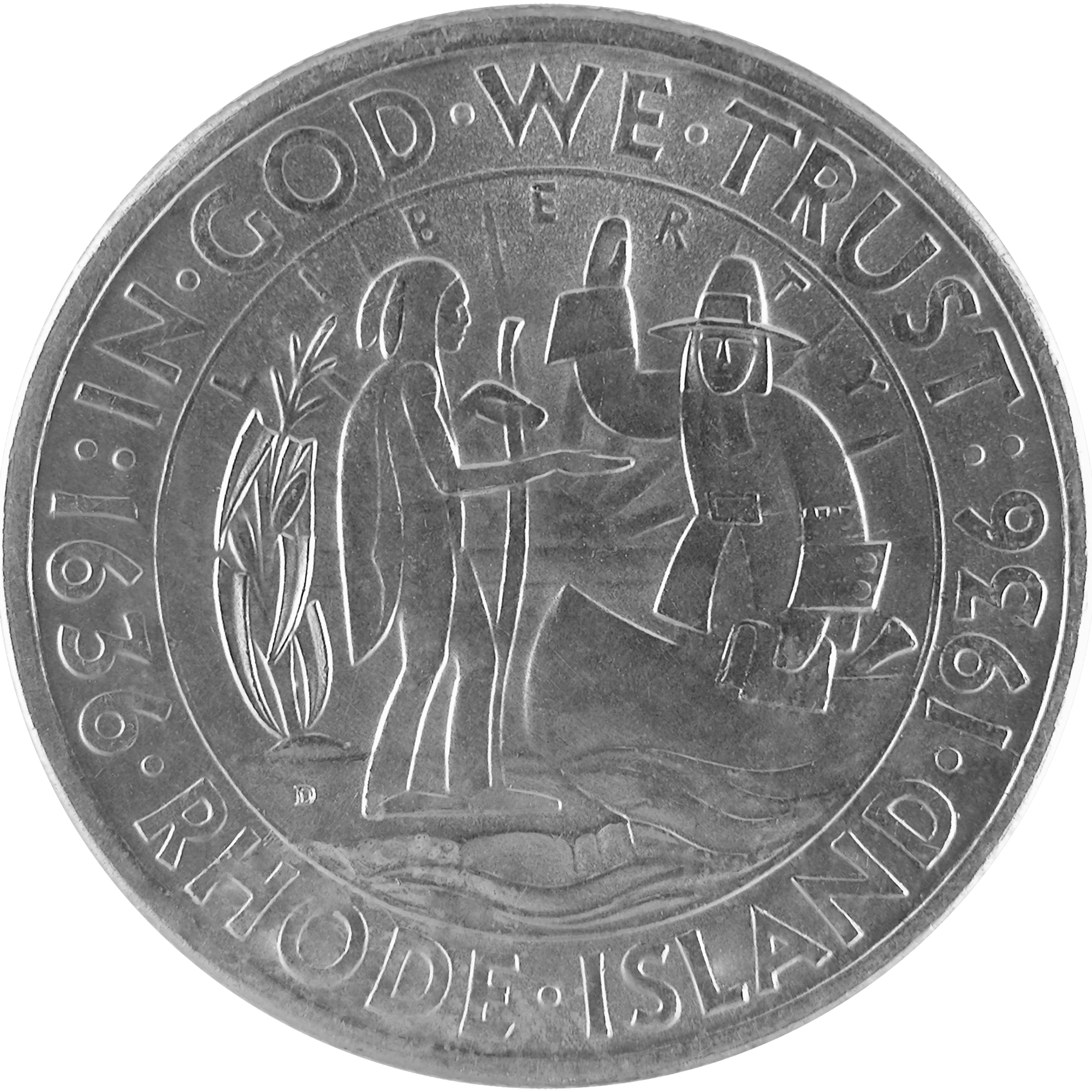 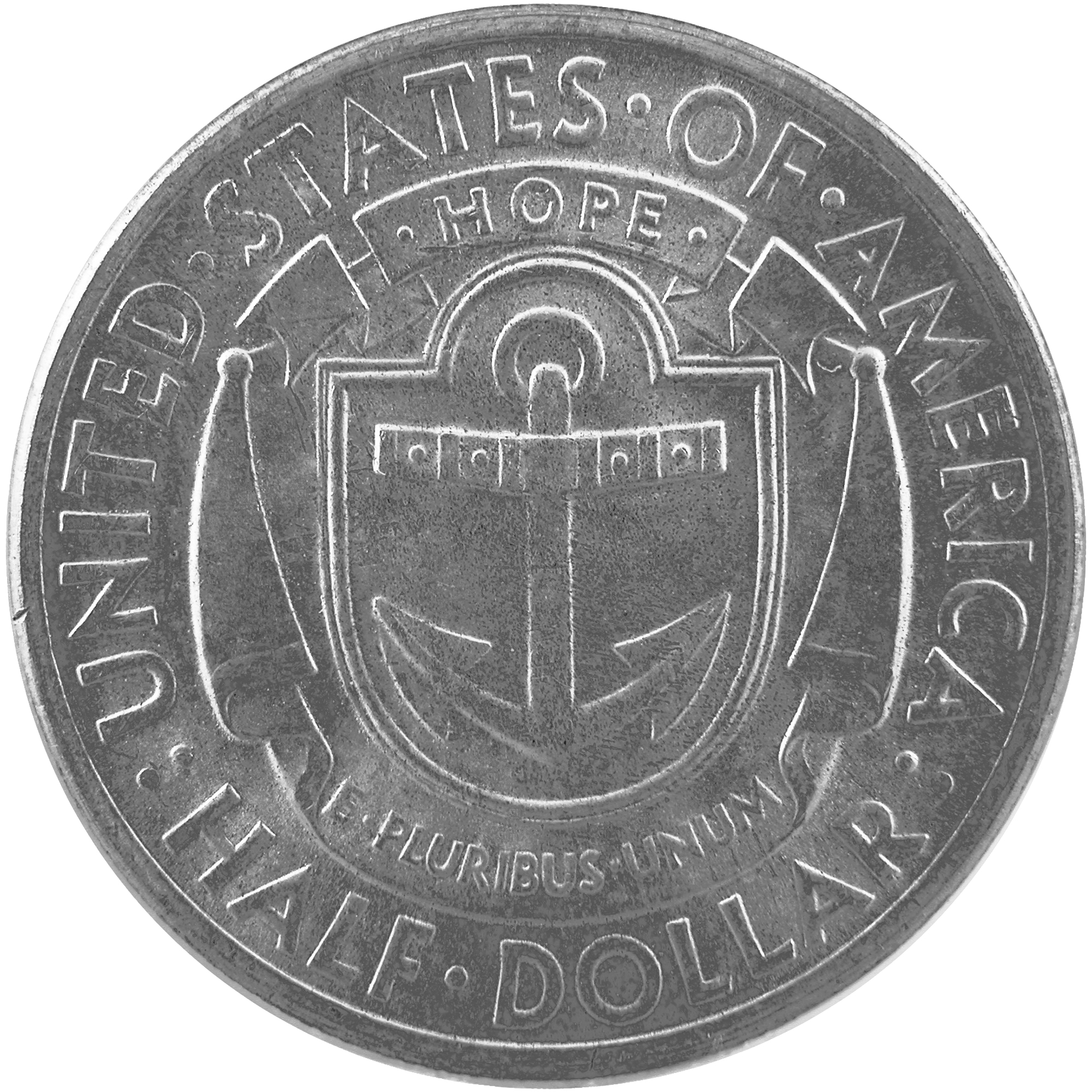 The Providence, Rhode Island Tercentenary Half Dollar was released in 1936 to commemorate the 300th anniversary of the city’s founding.

The obverse design features an Indian at Slate Rock welcoming Roger Williams in a canoe with the sun rising over the ocean in the background.

The reverse features the shield of the State of Rhode Island.